Principal serenades Class of 2021 singing, ‘I Will Always Love You’

Students were shocked by what their principal, Marcus Gause, did on stage that left them cheering for more. 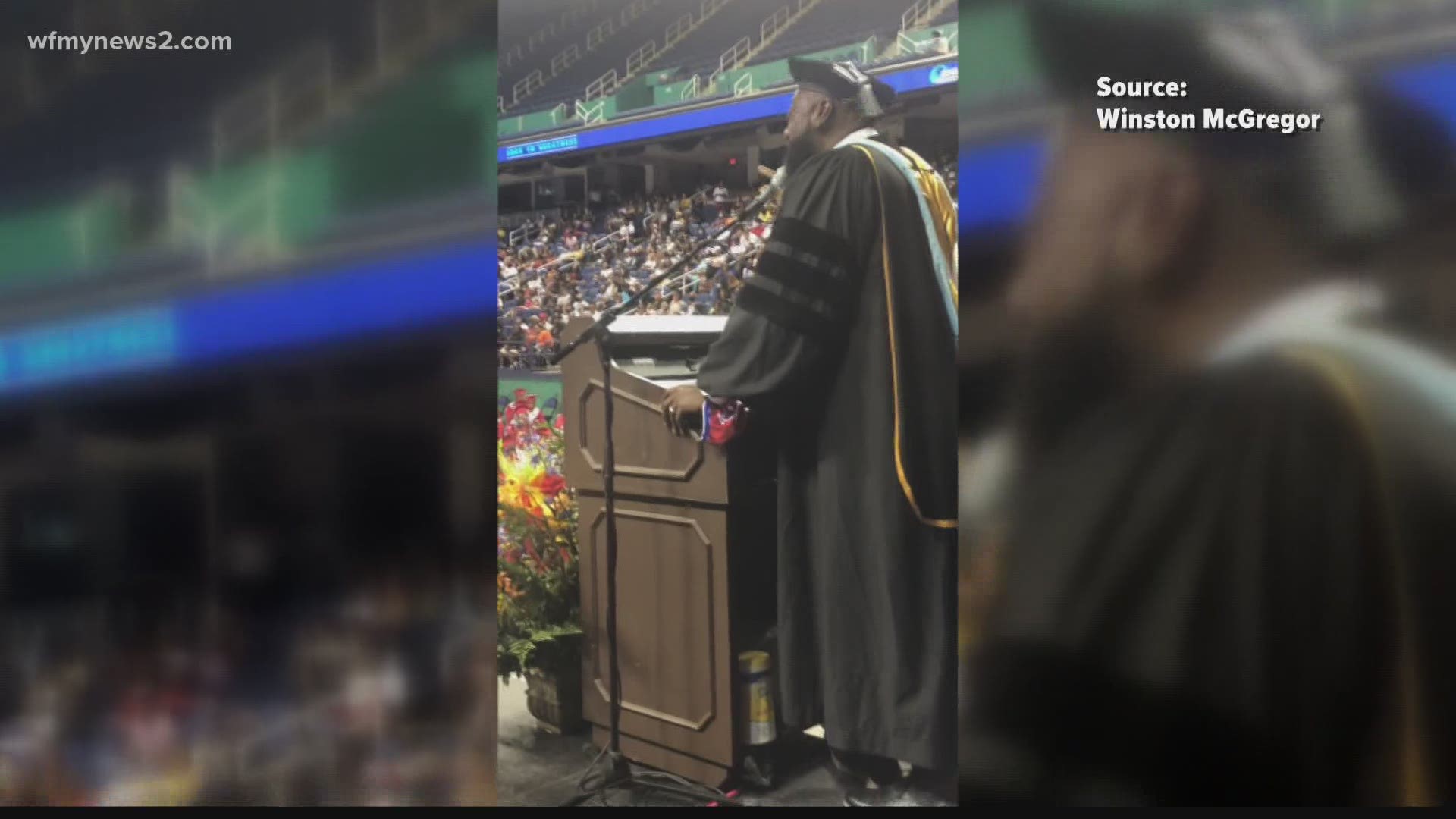 HIGH POINT, N.C. — It was a moment worth celebrating as seniors graduated from T. Wingate Andrews High School.

They were shocked by what their principal, Dr. Marcus Gause, did on stage that left them cheering for more.

Gause took the stage singing in acapella, in a very moving performance, “I Will Always Love You" - Dolly Parton's classic love ballad made famous by Whitney Houston.

The students cheered on their principal while he took a moment to appreciate the seniors as they marked the next chapter in their lives.

"One of the things I was trying to start this year was a new tradition," Gause explained. I was running out of ideas so I was like 'let me ask the kids what they would like,' so I decided to let the valedictorian decide what song we were going to sing."

He admitted he wasn't totally sold on her choice at first.

"There were a lot of songs that were a lot easier vocally, I am by far not a trained musician," he said. "But the lyrics to the song is really what drew me in and that last piece of like farewell wishes is I hope that life treats you kind and your dreams come true and that's the message I wanted to get across."

Gause is no stranger to spreading the love. This is what he says during announcements every morning at Andrews:

"If no one has told you they love you today, it would be my privilege and my pleasure to be the first to let you know that somebody loves you in red raider country and that somebody is me.”

Meet Principal Dr. Marcus Gause of Andrews High School! He sang Whitney Houston's 'I will always love you' at graduation over the weekend - and it went viral. He can't believeeee it! @WFMY pic.twitter.com/V0btyneVZw

The video of him belting out at graduation has gone viral.

"I think that’s why it went viral because regardless of what's going on I think people are just like – that made me feel good. Love wins again."

WFMY News 2's Jess Winters asked him if he plans to go on tour now!

It's safe to say he's here to stay. He said he got sweet messages from his students following the now-viral performance, and it's what keeps him going as a principal and leader.

Here's on text message he said he received:

I want to take the time to thank you for everything. All the talks, the motivation. But most importantly, thanks for taking me under your wing. I gave up on myself but you never gave up on me I’ll never forget you. Gosh you are famous now! Don’t forget about us. I’m so proud of you. I knew this was going to happen only because people get to see what we get to see every day.

The video was filmed by Winston McGregor, a school board member of Guilford County Schools who then shared it on social media.

Congrats to all the new graduates.