Cuban-Americans push for change in Washington

The group from Louisville met with Senate Minority Leader Mitch McConnell this week in Washington. 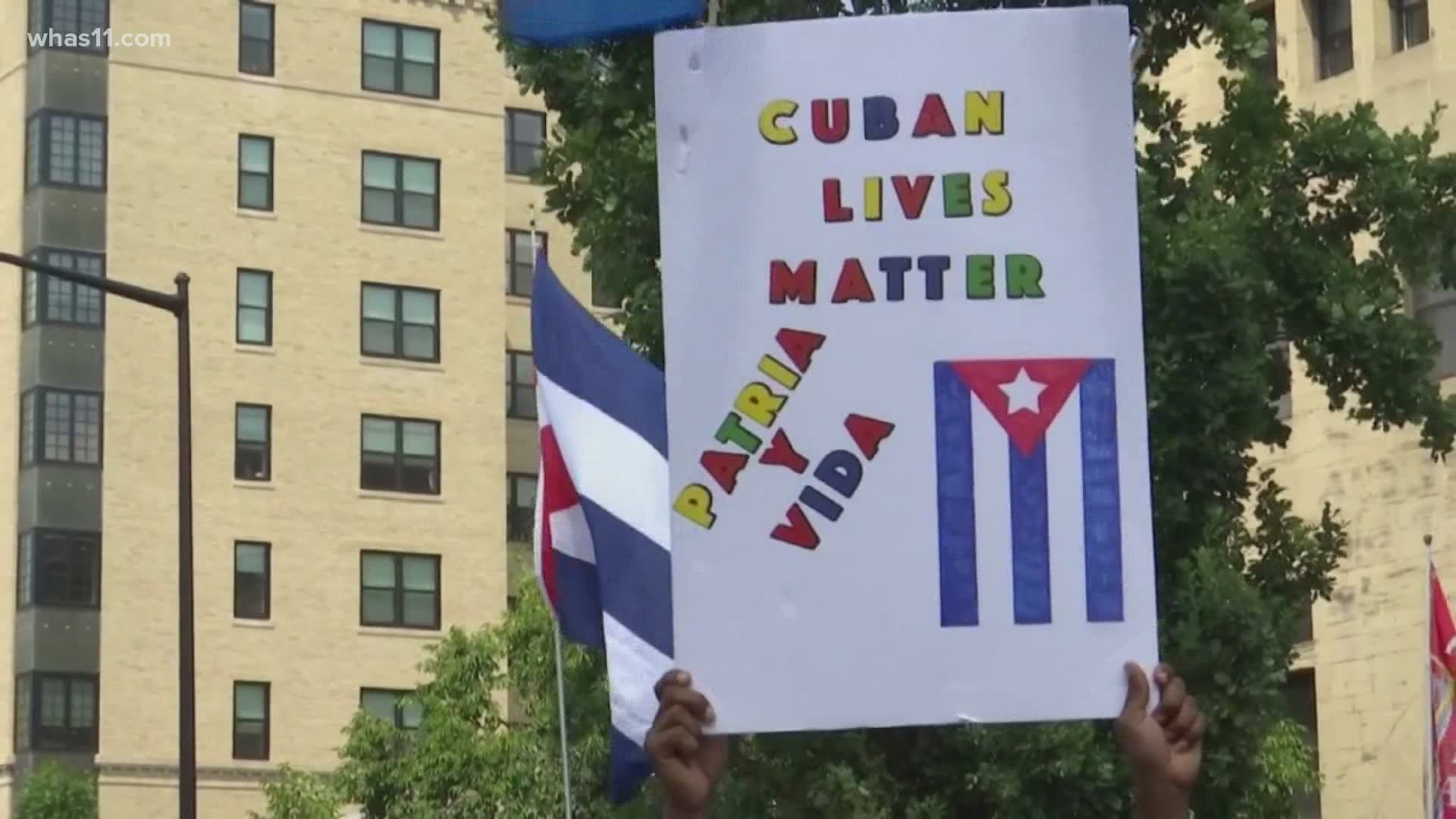 LOUISVILLE, Ky. — A group of Cuban Americans have taken their fight for their home country to Capitol Hill.

The group from Louisville met with Senate Minority Leader Mitch McConnell this week in Washington.

People in Cuba have been protesting over poor living conditions and high prices for food and medicine. Their families are pushing for the Biden Administration to take action against the Cuban regime.

The group that met with McConnell were among about 500 people from Kentucky who went to Washington for a rally in support of Cuba.