Lexington health officials said people at a party have contracted and spread coronavirus. 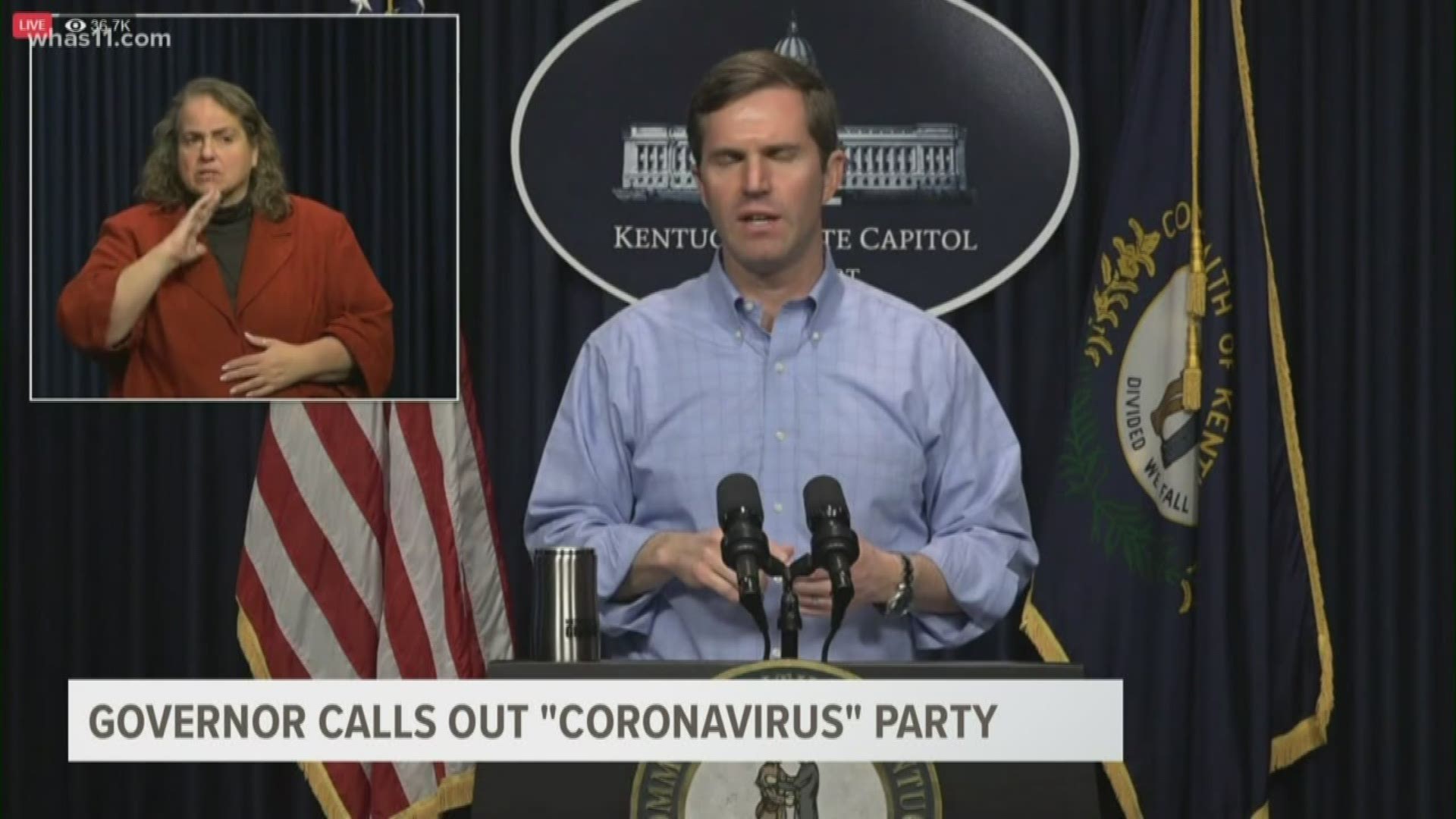 LEXINGTON, Ky. — After Gov. Andy Beshear announced a confirmed case of COVID-19 came from a "coronavirus party," officials in Lexington confirmed there was a separate party in Fayette County that resulted in more cases.

Kevin Hall with the Lexington-Fayette Health Department said people at a party in Lexington have contracted and spread coronavirus.

"We're seeing more and more people at that party who have spread...who contracted COVID-19 from going to this party," Hall said.

Hall confirmed the party in Lexington is not the same party the governor spoke about in his press conference Tuesday. Beshear did not say what county the person he spoke about was from.

"It's going to be very likely that people are asymptomatic," Hall said. "They're walking around with no symptoms at all [and] are spreading it to others, and that's why the isolation and social distancing is so important."

While those over 60 or with underlying health issues are most impacted by the virus, several people under 60 have contracted the virus in Kentucky. Hall said the trend in Lexington is much younger, with many people in their 40s suffering.

"So teens and younger people think they're not affected by this because all they've heard is the high risk groups are over 60, but the way it's trending now, everyone can catch this, everyone can suffer from this," Hall said.

Hall also said the party was following the guideline of no more than 10 people at a social gathering. His advice? Stay home and avoid any gatherings.

In his press conference Tuesday, Beshear said he was disappointed in the parties and stressed the importance of social distancing to flatten the curve.

“Don’t simply fight to be the exception of the rule,” Beshear said.

RELATED: These are the life-sustaining businesses that will remain open in Kentucky