A juvenile has been charged with killing two people, including a 12-year-old, in Anderson County, Ky. The suspect was arrested in Louisville Thursday night. 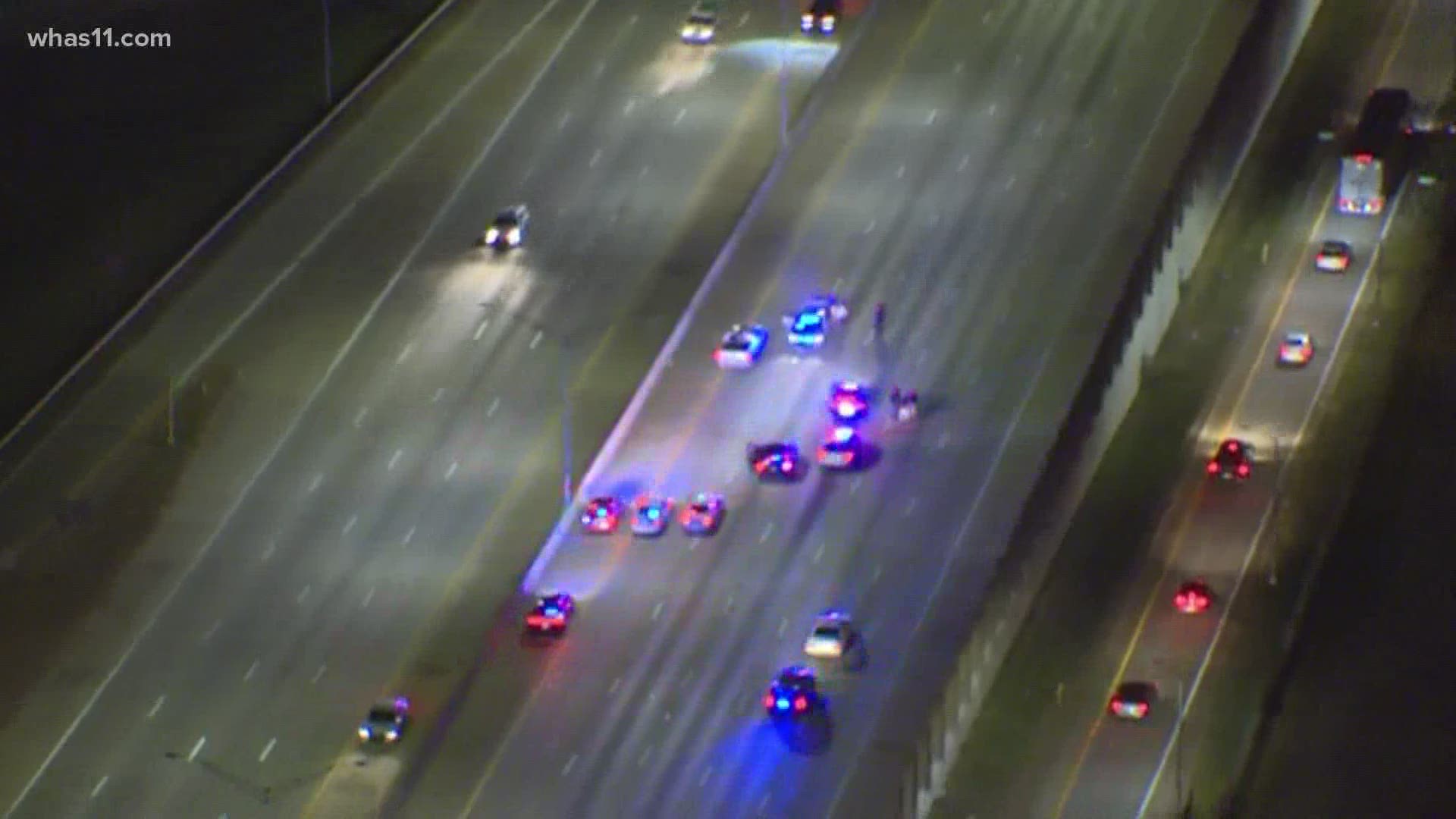 LOUISVILLE, Ky. — Police arrested a juvenile murder suspect after a high-speed chase that ended on the Watterson Expressway in Louisville Thursday night.

According to Kentucky State Police (KSP), the investigation began at a home on Corinth Rd. in Anderson County. Two people, 33-year-old Tefani Noe and 12-year-old Brooke Goggin, both from Lawrenceburg, Ky., were found unresponsive inside the home around 9:30 p.m. on Sept. 24. They were pronounced dead at the scene.

KSP said a juvenile was later arrested in Louisville in connection to the investigation and has been charged with two counts of murder. The identity of the suspect has not been released.

Thursday night, FBI Louisville reported they, along with SWAT and other assisting agencies, were on the scene of a high-speed chase on the Watterson Expressway in Louisville.

The chase barreled down I-64, then I-264 where it ended near Breckinridge Lane and the suspect was arrested.

According to police, no one was injured in the chase.