Pitino on NCAA ruling: ‘’The NCAA cannot rewrite history by taking a banner down...’’

Coach Rick Pitino weighed in on the NCAA ruling from New York. He apologized during the Wednesday news conference. 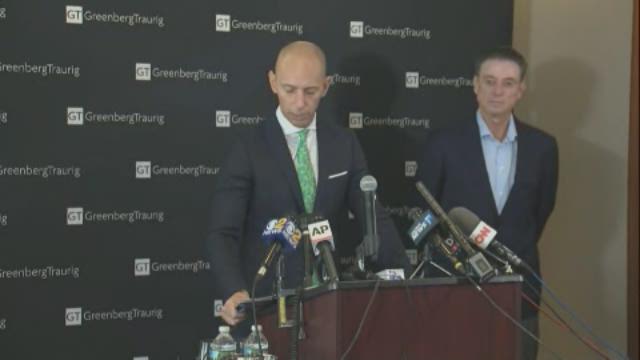 NEW YORK (WHAS11) -- One day after UofL was stripped of its 2013 National Basketball Championship, former Coach Rick Pitino weighs in from New York.

Pitino has long denied knowing anything about strippers in Minardi Hall, blaming it solely on Operations Manager Andre McGee.

It was a very controlled environment. The press conference only last about 25 minutes. Pitino read a statement and then answered a few questions.

This is the first time you hear Pitino apologize. He says he takes full responsibility for making a bad hire--of course, he's referring to Andre McGee.

“I've coached for 41 years. For 35 as a head basketball coach, nothing has come up at Providence College. The University of Kentucky I took over a program on probation, took it to the top with three straight national championship games. Boston University, I coached for five years. Nothing happened with those programs and I've run into two bad situations right now and I have to take full accountability and I totally apologize and my heart breaks for everybody involved,” Pitino said.

Pitino maintains that he has always told the truth and he had no knowledge of any parties happening at Minardi Hall.