Inside Investigations: Bryan Lewis' mother on mission to solve her son's murder 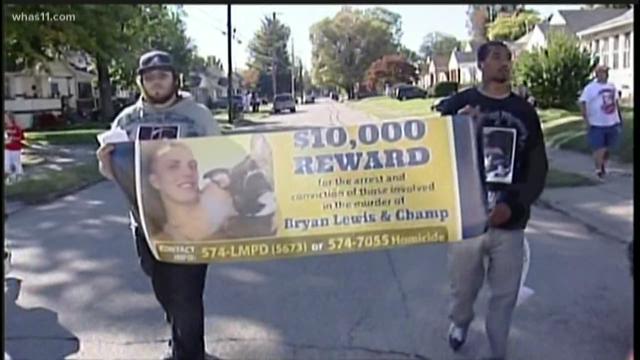 LOUISVILLE (WHAS11) -- Rhonda Mars is a grieving mom on a mission to solve her son's murder.

"He was a good kid. He was genuine. He loved his kids, biggest smile," she said, describing her son.

Her 21-year-old son Bryan Lewis was shot and killed inside their home in 2012. She found him on the floor near the front door. He was shot seven times.

"Life has been Hell since Bryan got killed," Mars told WHAS11.

She did want any mom would do. She began looking for answers. Friends and family handed out fliers and knocked on doors in the years following Bryan's death.

But those efforts haven't produced any arrests. The family even offering a $10,000 reward.

"I would give $100,000. I'd give a million dollars if I had it. Help us get a little piece of mind and put our loved one to rest because I don't even think he's going to rest until he gets some justice," Aunt Pam Lewis said.

Lewis' family is planning a Saturday gathering to once again take to the streets to search for clues to a cold case Mars hopes will heat up. For her, each day seems harder than the next.

"Sometimes it feels like I can't breathe without him," she said through tears.

The Saturday gathering starts at 2 p.m. at the intersection of New Cut Road and Kenwood Drive.