The Memorial Day tradition for groups like Boy Scouts and Girl Scouts to place American flags on veterans' gravesites has been canceled by the VA. 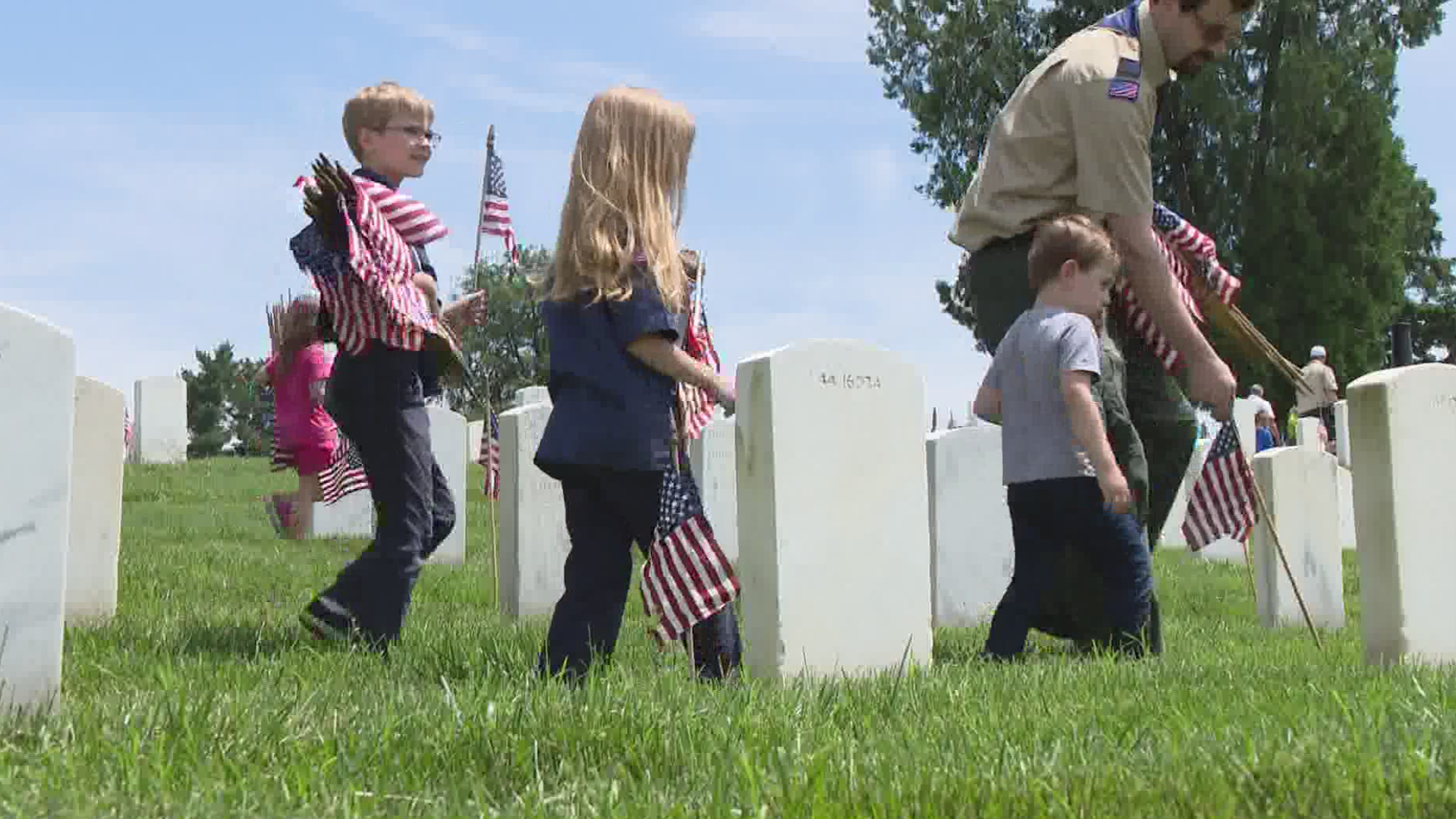 WASHINGTON — A Memorial Day weekend tradition to honor veterans has been canceled due to the coronavirus pandemic. The Department of Veteran's Affairs on Tuesday announced it will prohibit public events at national cemeteries during the holiday weekend.

“This year, by necessity, will be different from past Memorial Day observances,” said VA Secretary Robert Wilkie. “While the department can’t hold large public ceremonies, VA will still honor Veterans and service members with the solemn dignity and respect they have earned through their service and sacrifice.”

The U.S. Department of Veteran Affairs’ National Cemetery Administration said it will hold a brief wreath-laying ceremony at each national VA cemetery, accompanied by a moment of silence and the playing of Taps. However, the ceremonies will not be open to the public.

Suffolk County Executive Steven Bellone wrote a letter to the Secretary of the Department of Veterans Affairs asking for permission to allow flag placement at the national cemeteries in his jurisdiction on Memorial Day, which include Long Island National Cemetery and Calverton National Cemetery.

"One of the cruel ironies of this virus is that it is most viciously attacking members of the greatest generation at the very moment we are honoring the historic achievement that gave them their name," said Bellone in a Facebook post. "Since 1995, Calverton National Cemetery on Long Island has held an annual tradition of allowing local veterans groups and community organizations such as the Boy Scouts of America to place flags at its 225,000 grave sites to pay respect to our fallen heroes."

The Department of Veteran's Affairs said families can continue their tradition of placing flowers and small flags at their veteran's gravesite, but large gatherings must be limited and adhere to the Centers for Disease Control and Prevention guidelines.

However, the Department of Veteran's Affairs said there will be a way for Americans to pay tributes to veterans virtually. The Veterans Legacy Memorial website contains a memorial page for each veteran and service member interred in a VA national cemetery. Starting on May 14, the website will allow online visitors to leave a comment as a tribute to their lost love ones.

"The tribute allows visitors to voice memories and appreciation for a Veteran’s service," the U.S. Department of Veterans Affairs said.

RELATED: 'Very likely chance if my dad had gone to a different veterans home he'd still be alive'