'You can do it when you believe in yourself' | 2 Washington D.C. grads headed to Harvard on full scholarships

After graduating amid a pandemic and protests, Natural Taylor and RuQuan Brown will attend Harvard in the fall on full scholarships. 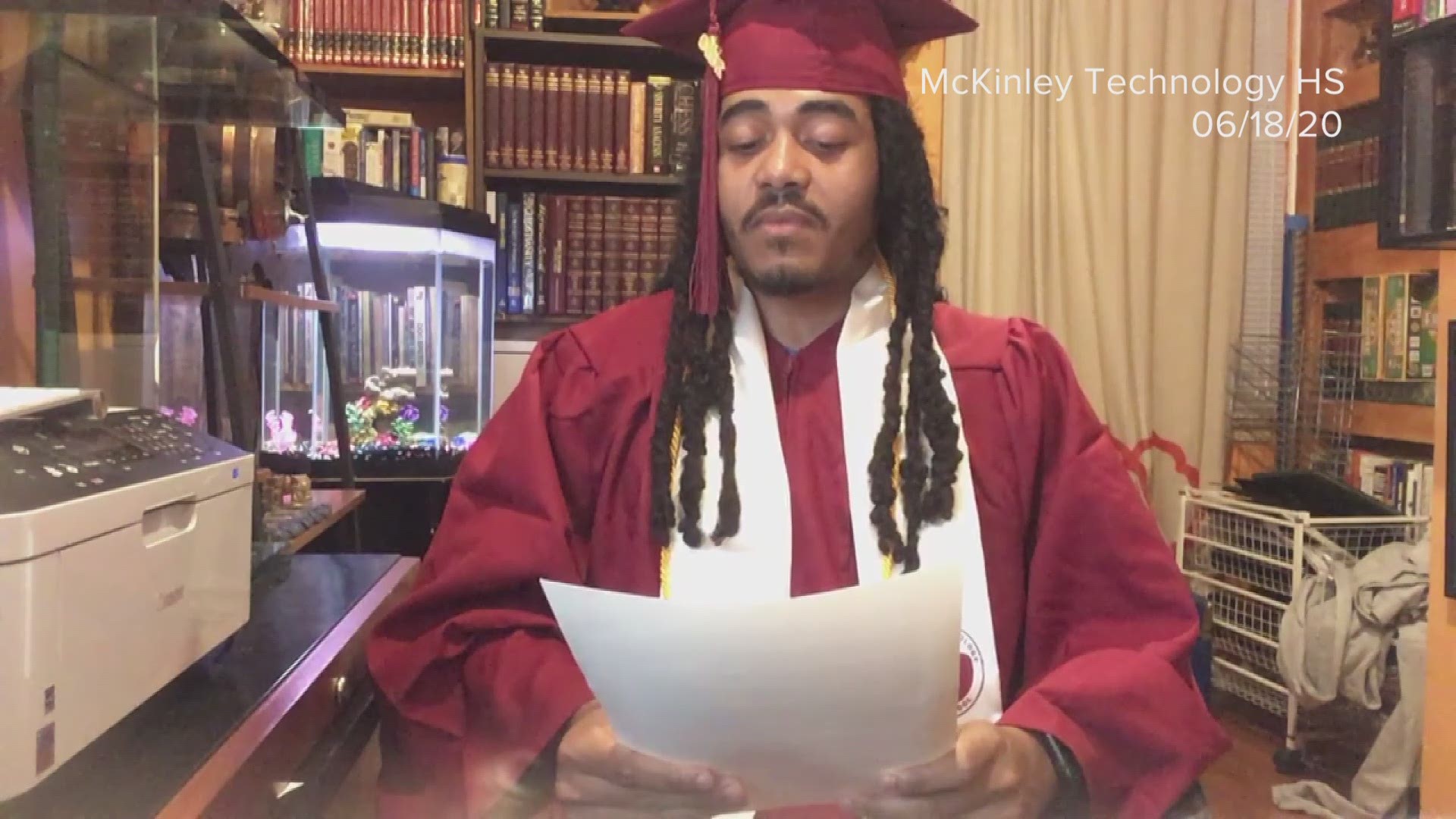 “Feels amazing," RuQuan Brown said. "Definitely a testament to the work our villages have put in respectively. That’s what happens when the work is put in.”

And Brown put in a lot.

He served as student body president at Benjamin Banneker Academic High and as a star football player for the Theodore Roosevelt High Team.

His fellow rising Harvard freshman, Natural Taylor, graduated as the salutatorian at McKinley Technology High School. Taylor also served as the president of the Future Business Leaders of America at his school.

He also serves as a mentor with the organization Community Connoisseurs, which helps youth self-identify strengths and weaknesses and obtain employment.

“No matter where I go, no matter what door I might get through, I’m always holding that door open and helping somebody else get through that door," Taylor said.

Taylor plans to study environmental engineering, while Brown is still deciding between behavioral finance and psychology.

“I’m so grateful to be able to go to Harvard, but I know that Harvard is not me, because Harvard can’t save my life," Brown said. "But I can use Harvard to save someone else, so that’s kind of my responsibility.”

It's a responsibility Brown assumed after his teammate was shot to death in 2017 and then his stepfather was murdered in 2018 -- in two separate crimes.

The next year, he founded his clothing company, Love1, named after his teammate's jersey, which donates money to communities impacted by gun violence. Twenty percent of the funds go toward the nonprofit One Gun Gone, which buys guns off the street and converts them into art.

“Purpose and service for me go hand in hand, and that’s what I’m able to do for my brand," Brown said.

2020 threw these young men another curveball in March, forcing them to graduate amid a pandemic.

“I think it left every senior with a bit of a hole," Taylor said. "Given the COVID-19 as well as the protests over the murder of George Floyd, there is so much going on right now…Going to Harvard, I feel as though it is an opportunity for me…to be able to touch more lives.”

Brown said watching what happened to George Floyd only motivated him to push harder.

“There’s no time for us to sleep, because our world needs us," he said. "It reminds me of how much of a blessing it is to be alive, but it also reminds me of how unfair it is in this country that I even have to think of being alive as being a blessing.”

Both Brown and Taylor plan to use their education to give back and mentor other students who, as they sometimes were, are told that they were aiming too high.

"Definitely pursue your dreams, regardless of what people tell you. They may say that you won’t get through these specific doors because of where you come from or what household you're born in," Taylor said. "None of that really matters."

The two have a united message.

RELATED: Sisters use art as activism, give back to Black and Brown communities

RELATED: 'I wanted to be part of the historical movement' | Barber cuts Black power sign into clients' hair