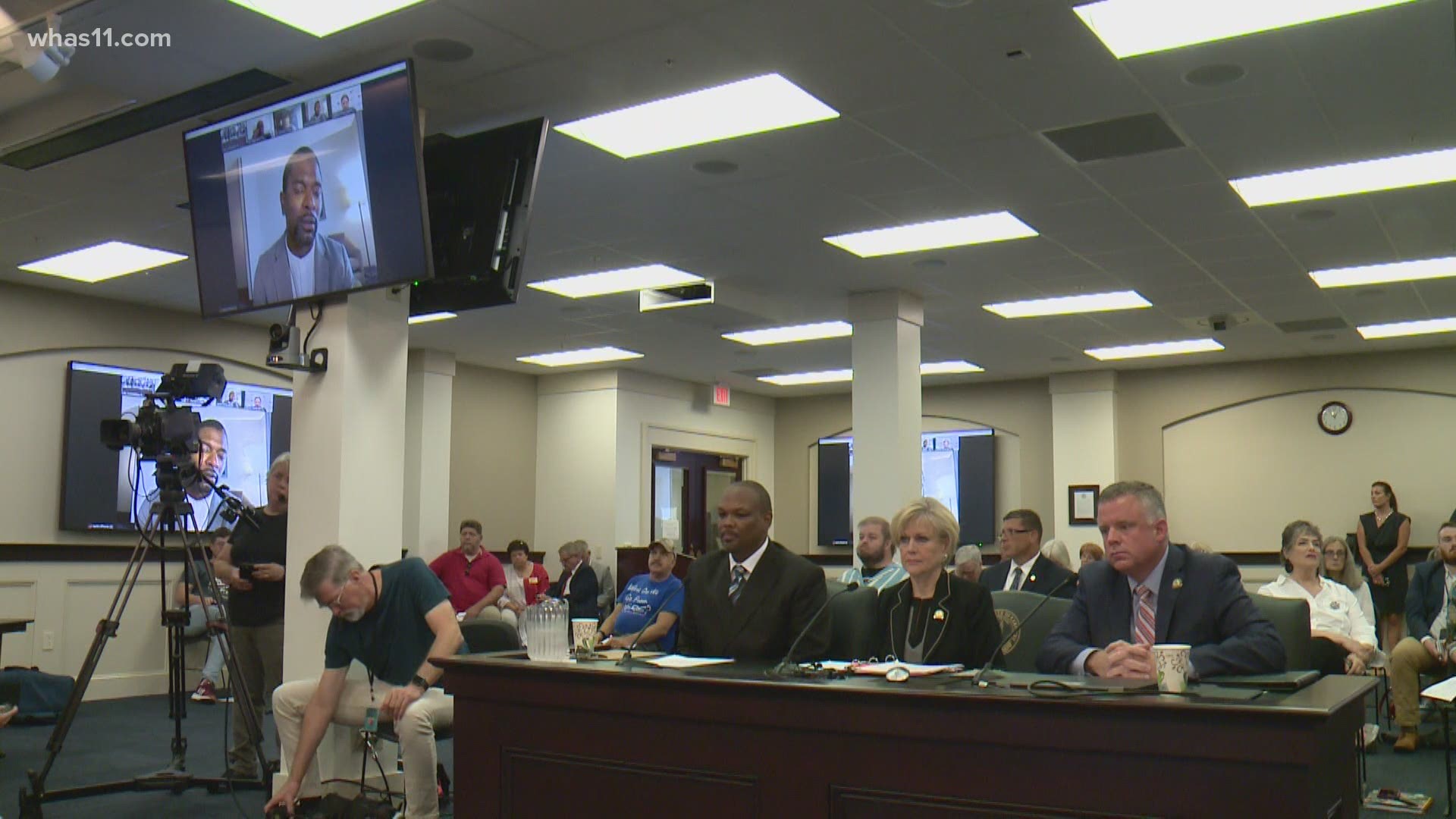 Commissioner Glass said CRT is not being taught in Kentucky K-12 public schools. He added KDE doesn't make curricular decisions, saying those are left to individual districts and schools.

Representative Matt Lockett (R)-District 39 disagrees and says students in his district are being taught race-based lessons. Tuesday, he read several examples he says were sent in from constituents.

"I don't know about you but I find that offensive. I find that in Kentucky schools to be reprehensible," he said.

Lockett is proposing BR 69, a ban on CRT in Kentucky Public Schools. In Frankfort Tuesday, lawmakers tackled the topic, struggling to offer a clear definition.

"That forum for such a complex issue and the way it was presented in a very convoluted way actually lost an opportunity," Neal said.

"Part of student belonging is, is the student seeing themselves in the curriculum as well," Pollio said. "And that's something we have not done in this country for many many years."

Pollio stayed away from defining CRT, instead saying it should be separate from discussions of educational equity and achievement gaps among students of color.

He also defended JCPS's Developing Black Historical Consciousness elective, saying the district only provides guidelines and it isn't an example of CRT.

"History and social studies is about studying stories of the past and how they affect reality and or future. Unfortunately those stories have not been inclusive," he said.

Bullitt County grandparent Diana Starr came opposing CRT, saying she feels it leaves out her own biracial grandchildren. After Tuesday's meeting was cut short for time, she left with a laundry list of unanswered questions.

"It's about the kids, its about my kids and my grand children and my great grandchildren," Starr said.

The discussion ran over time and is set to continue August 3rd. Dr. Pollio was also scheduled to give a general update on JCPS, which was also rescheduled.

Things are getting a bit heated between that teacher and Rep. Bojanowski. They’re discussing the school to prison pipeline and how best to help students.

The teacher says that teaching of Black history wouldn’t help keep students from going to jail.

Ultimately, Critical Race Theory is a mindset or study of American history and how institutions and systems oppress people of color. It's been around for more than 40 years, since the Civil Rights era, but has only been talked about recently the last few months.

Lawmakers have pre-filed bills to ban the practice in public schools. And just two weeks ago, a JCPS board work session was interrupted by a group of parents opposed to CRT.

The purpose of JCPS's Racial Equity Plan is to close the achievement gap between black and white students by expanding curriculum.

"We have to look at the way we do everything. That means things like facilities. It means how we support kids, how we teach kids, the curriculum that we provide, and ensuring that it represents all of the students. Because we are more than 50 percent minority in our district right now. So, if we are going to change outcomes for kids, we have to be committed to racial equity and that's what we've said all along," Dr.Pollio said.

"I'm a believer in student belonging, and research shows it's so important in order for students to feel a part of a school, and in turn, to achieve at high levels. Student belonging is one of the most important things and so the curriculum has to reflect an individual student's reality and their history," Dr. Pollio said.

For many schools, this means integrating material lost in the history books, specifically when it comes to Social Studies and English Language Arts.

"A perfect example I will give: I majored in Social Studies. The first time I learned about the Tulsa Race Riots of 1921, was about six years ago. I took at least 30 hours, I can't remember exactly, of Social Studies and history classes, mostly focused on United States history and did not know about that important event until about six years ago, when I was well in my 40's," Dr. Pollio said.

Pollio saying he doesn't expect this discussion to go away any time soon.

"As a part of our Racial Equity Plan, we did want to offer an elective at every school, traditionally known as, African American History, but obviously, we updated that language. So we've been talking about adding this elective for all of our students. That has been in most of our high schools and middle schools over the past really, two to three years," Pollio said. "But there is no doubt that the social unrest, the racial unrest throughout our country and our community has really made sure that that we have been there and available to support all of our students."