The Louisville university's accelerated nursing program allows graduates with a bachelor's degree to get a nursing degree in one year. 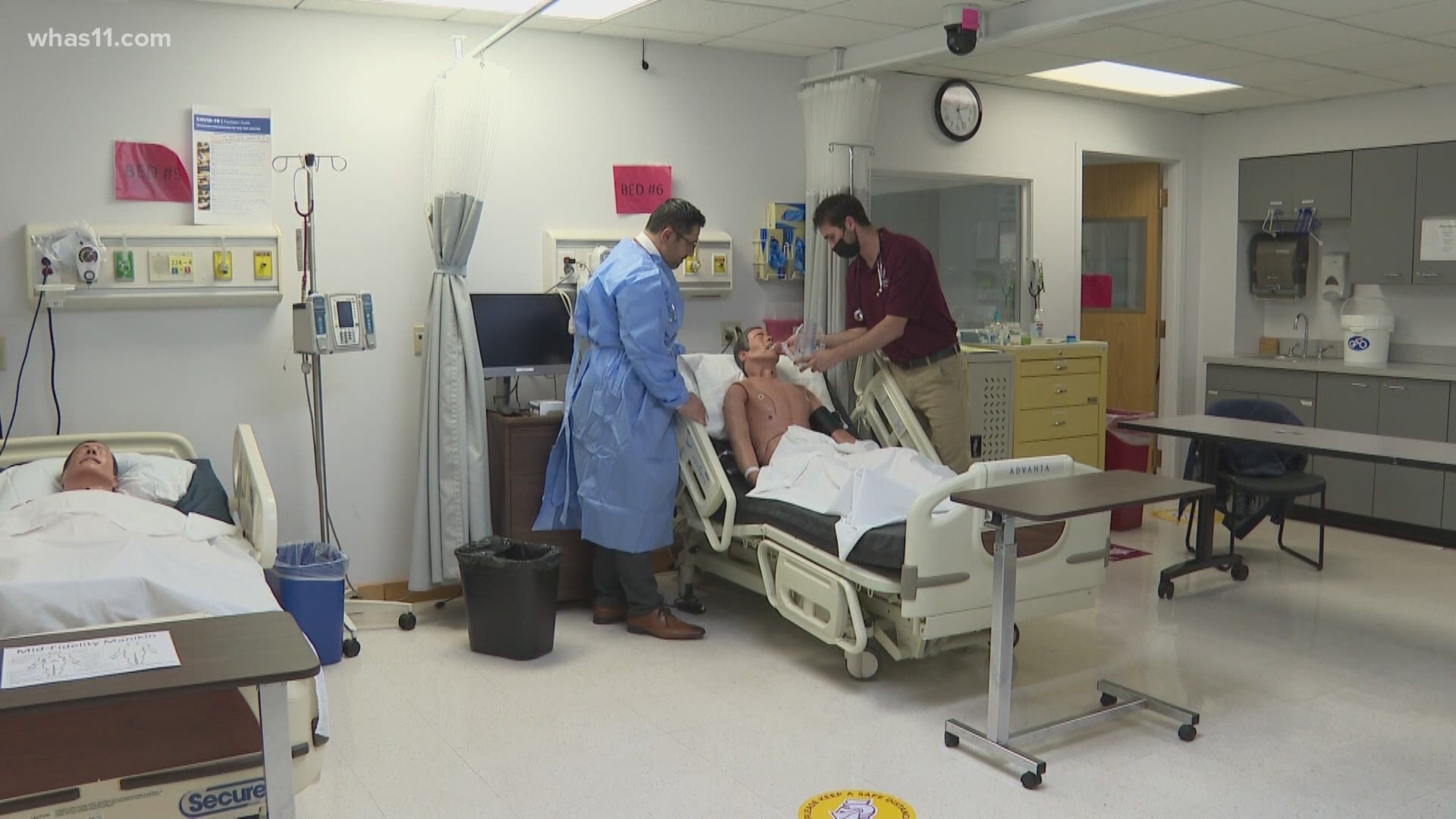 LOUISVILLE, Ky. — Bellarmine University is doing its part to help with the shortage of nurses in Kentucky and Indiana.

The Louisville university is adding a January start to its accelerated nursing program next year. The program allows college graduates with a bachelor's degree in another field to get a nursing degree in one year.

“We want to help people considering a career change make a swift transition into nursing so they can earn a degree, become licensed, and quickly make a difference,” said Lori Minton, Director of the Accelerated Nursing Program in Bellarmine’s Donna and Allan Lansing School of Nursing and Clinical Sciences.

The university said participants in the accelerated program should be ready to get their state nursing license as soon as they graduate. According to the Kentucky Board of Nursing, Bellarmine graduates, on average, have had a 93% first-time pass rate over the last five years.

The new January start date will allow 50 people to participate in this year's nursing program. Usually, only 30 spots are available.

Bellarmine said the decision to add the new start time was to help solve the nursing shortage, which has escalated to the national scale. According to Minton, there are several nursing job openings in Louisville and its surrounding areas and she expects this trend to continue.

Minton said the application process for the nursing program usually takes four to six weeks to complete. If an applicant doesn't make the January start deadline, the next session will begin in May 2022.

Information on the application process and financial aid is available on Bellarmine's website.