"It occurs all throughout Kentucky. What most people don't realize is how to recognize it," Beshear said. "In the Commonwealth of Kentucky there's no such thing as a child prostitute – [it] doesn't exist. That child is a victim of human trafficking that needs our help." 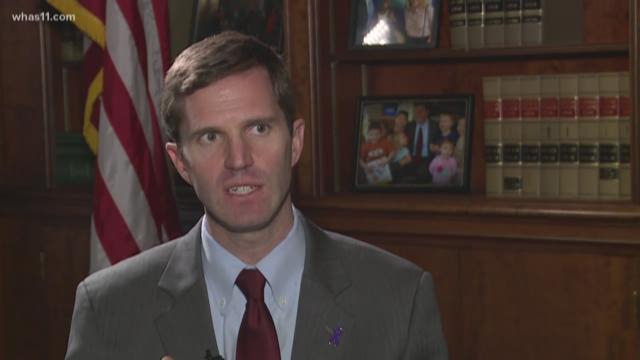 According to an arrest affidavit, Varney took pictures of two 16-year-olds performing sex acts and posted them “for sale” on backpage.com, skipthegames.com, and callescort.com. Investigators said Varney kept a portion of the money the teens made from the sex.

Attorney General Andy Beshear said the case is an example of the human trafficking crimes happening daily in Kentucky communities.

“It occurs all throughout Kentucky. What most people don’t realize is how to recognize it,” Beshear said. “In the Commonwealth of Kentucky there’s no such thing as a child prostitute – [it] doesn’t exist. That child is a victim of human trafficking that needs our help.”

Beshear said he’s seen human trafficking in countless forms. In one case, a pair of Kentucky foster parents sold their daughter’s body for furniture. In another incident, Beshear said a child’s biological parents dressed their child up in “things children should never wear” and paraded the victim back and forth in front of a movie theater trying to solicit them for sex.

Just days earlier, Ernest Anziana, 48, of Kansas was indicted by a Franklin County grand jury on Feb. 6 for human trafficking. Anziana allegedly traveled to Kentucky trying to buy an 11-year-old girl for $250 and meth.

“What that shows us is we can’t focus on the trafficker to know when we see it. We have to focus on the victims,” Beshear explained.

There are various “red flags” that could indicate someone is a victim of human trafficking. Beshear said some of those include children who are dressed in age-inappropriate clothing, kids in places they shouldn’t be or talking to adults who are clearly are not related to them. Victims are sometimes branded and often intentionally vague or carrying no form of identification.

“In the end, if it seems like something’s wrong just make the call there’s no penalty if it turns out the situation wasn’t what you thought it was but your call could be the difference between a child’s safety or a continued life of horrific abuse – just make the call,” Beshear said.

If you suspect someone is a victim of human trafficking, call the hotline for the National Haman Trafficking Hotline at 1-888-373-7888. All Kentucky-based reports are sent to Beshear’s office for investigation.