Churches, people across Kentuckiana gathered to commemorate all that Dr. King accomplished and the work that still needs to be done. 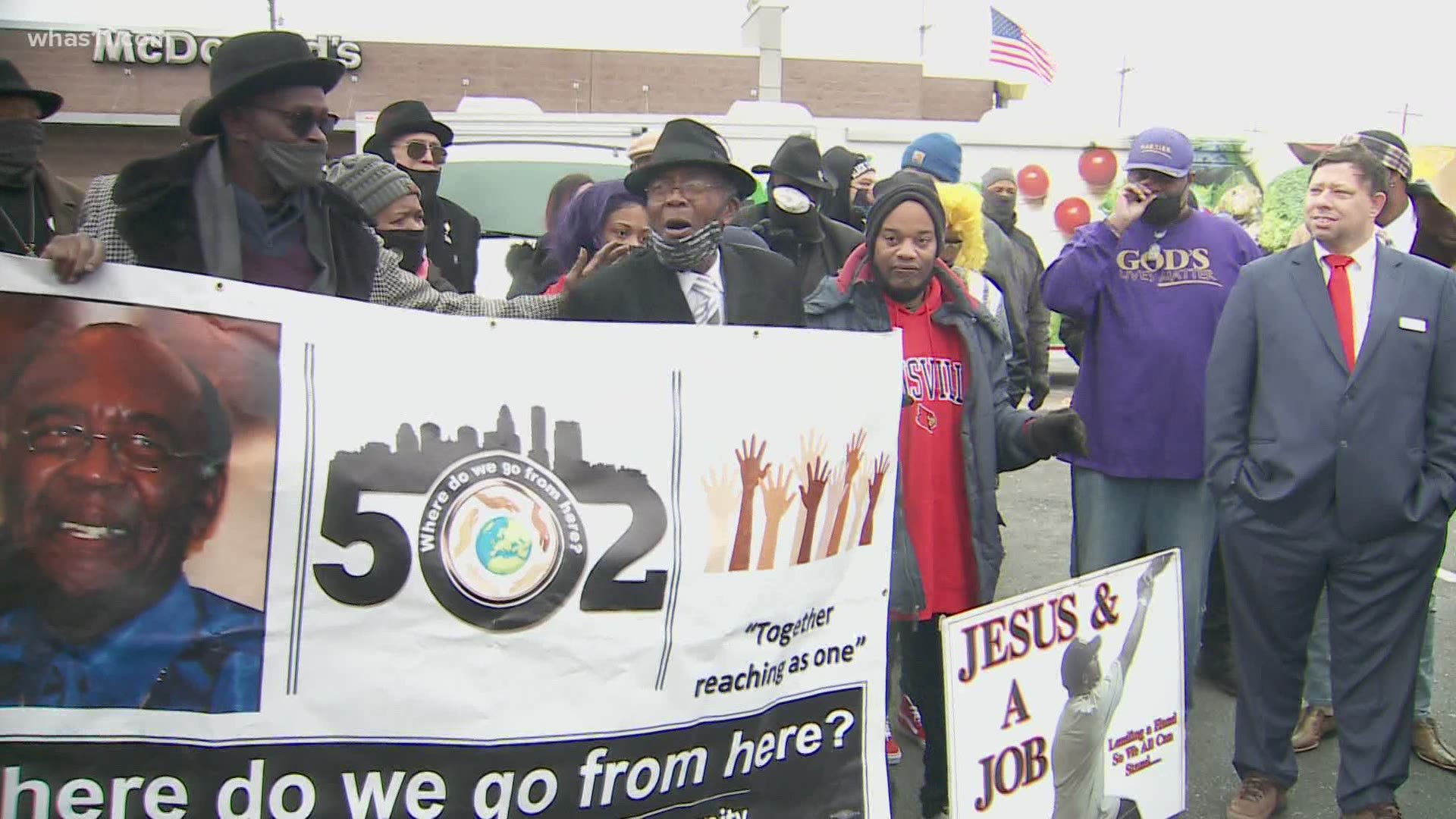 LOUISVILLE, Ky. — It was a remembrance of Dr. Martin Luther King Junior on Monday in Louisville. People gathered to commemorate all that Dr. King accomplished and the work that still needs to be done.

Many prayers were held virtually, but one group did follow with one tradition, the annual 'March for a Motorcade.'

"One of the things that God allowed me to do is live long enough to see black and white," said Dr. Reverend Charles Elliott Jr.

Rev. Elliott Jr. with King Solomon Missionary Baptist Church continued with his annual prayer at 28th and Broadway this morning.

"We've come a long way," said Rev. Elliott Jr. who has long been a Civil Rights advocate in Louisville.

He marched alongside Dr. King in Kentucky decades ago. "I'm one of those that brought Dr. King here about 50-some years ago when we were not allowed by buy a house in certain areas," said Rev. Elliott Jr.

As the community braved the cold to remember Dr. King's legacy. "King said something like 'I'd rather go with love because hate is just too much to bare.' So right now in our city, I think this is what we need," said someone who attended the prayer.

"So it's time for all of us to love each other, support each other and build this community back up," said John Stovall who is the President of Teamsters Local 783.

The prayer ended with a motorcade headed back to King Solomon Missionary Baptist Church.

The annual MLK Jr. celebration at the Cathedral of the Assumption held its traditional prayer. The remembrance centering around the idea of repair.

The city of Charlestown, Indiana also held their MLK Day of Service Cleanup. K9K solutions, a local family-owned business, did their part by cleaning up a local park.