COVID-19 not only forced us home last year, it made us come up with alternatives to high food prices with smaller budgets. 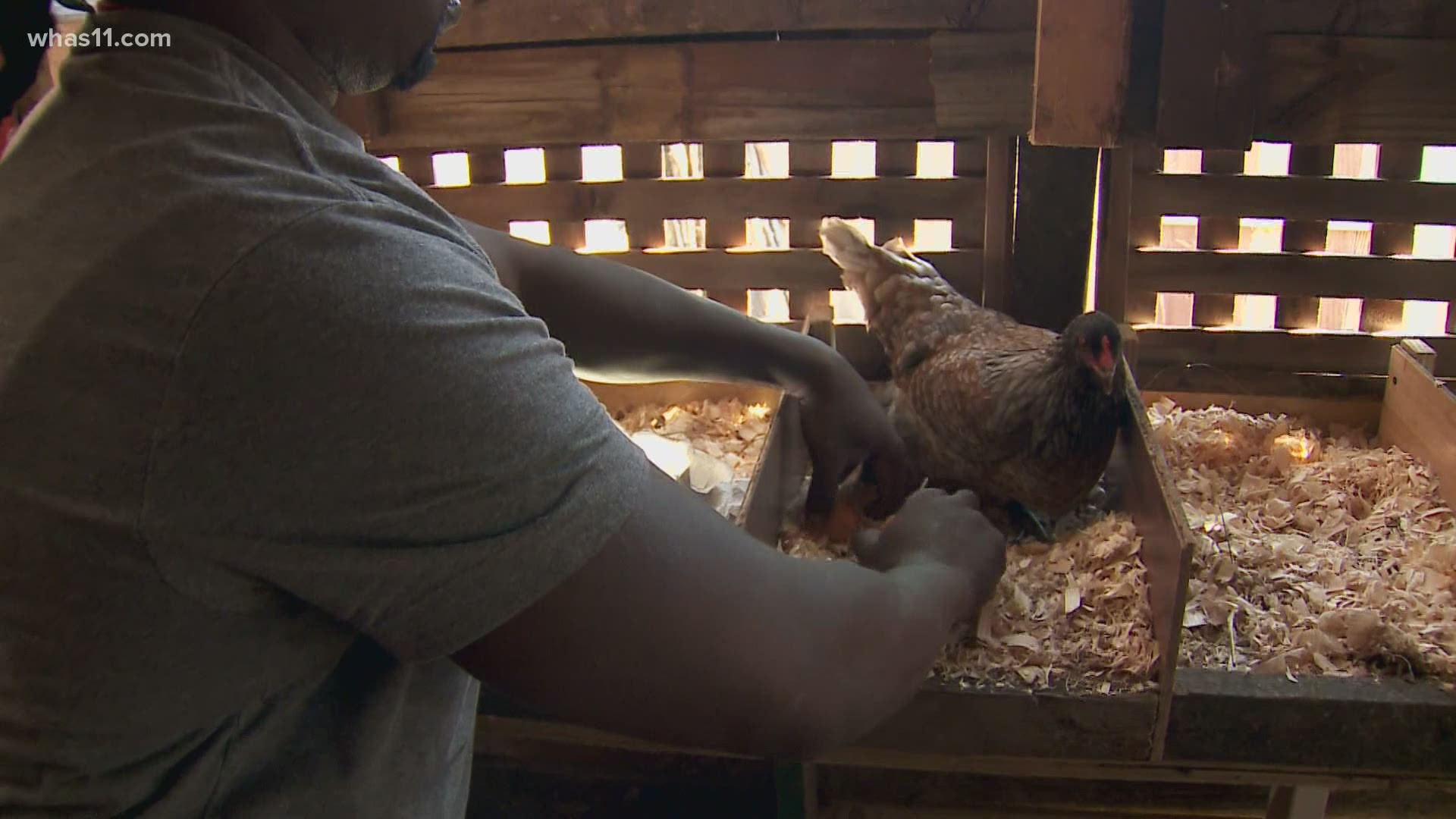 LOUISVILLE, Ky. — It’s fresh. It’s self-sustaining and for some, it’s about survival. Locals are turning away from stores and stepping into their backyards for food.

The pandemic not only forced us home last year, it made us come up with alternatives to high food prices with smaller budgets. Over in Memphis, Indiana, Deb Harter turned to her garden.

"You name it, we pretty much grow it here," Harter said.

When she can’t find the essentials in the grocery store, her family shops the pantry.

"It’s not full of preservatives. It goes straight from the garden to my house, into the jars. There’s no middleman involved," Harter said.

RELATED: Want to live longer? It may require eating the right 5-a-day mix of fruits and veggies

The best part, she says is the taste. "There’s no comparison."

She remembers the days she spent more time cooking with store-bought foods.

"I couldn’t understand why it didn’t taste the same as my mom’s cooking and my grandma’s cooking. I said, what am I doing wrong?"

Growing up on a farm, gardening wasn’t a huge stretch for Harter, but it’s helped stretch her bottom dollar a considerable amount this last year.

Take tomatoes. You could go to the store right now and buy a pint of cherry tomatoes for about $3. Or you could buy a plant that will produce enough to feed your family the whole year, for the same price.

It's important you research the costs before you start a garden. Many we spoke to mentioned reading the book, The $64 Tomato, How One Man Nearly Lost His Sanity, Spent a Fortune, and Endured an Existential Crisis in the Quest for the Perfect Garden.

If you’re not sure what to plant, start with foods your family already eats. Try growing fruits and veggies that are typically more expensive in the store like strawberries, spinach, lettuce and kale.

You can plant earlier in the season with small-scale greenhouses, which are rising in popularity. They stay warm through the winter and spring months, avoiding unexpected frosts.

Last year in Louisville, 30% of gardeners said they saved a total of $500 or more on groceries during the growing season, between May-October. That's according to Bethany Pratt, an agent for Horticulture Education with the Jefferson County Cooperative Extension.

"Leafy greens, things like spinach, kale, collards, arugula, lettuce. Those kind of foods, you get a lot of bang for your buck," Pratt said.

Her office manages ten of Louisville's community gardens. There are more than 30 throughout Jefferson County. See a map of the Coop gardens here.

Credit: Brooke Hasch, WHAS
There's a waitlist to get into the 7th Street Community Garden, in Louisville.

"The 7th Street Community Garden is the largest in Louisville Metro," Pratt said. "It's owned by MSD, a great partner. This garden has 260 garden plots. That’s over 300 families accessing this location to grow food."

Another 80 families are on the waitlist. Each plot costs $25 to rent for the year.

"You can feed your family for most of the year based on two 30x30 garden plots," Pratt said. "Some of the things you’re used to eating, you can’t find in a grocery store. This gives our international communities a space to grow foods that are important to their diet and cultures."

The gardens managed by the Jefferson County Coop Extension saw a 25% increase in enrollment this last year. Unfortunately, they also saw a spike in theft. People desperate to survive in neighborhoods lacking proper nutrition.

"The most heartbreaking thing about it is everyone here would say, had they asked, we would have given it to them," Pratt said.

Last year, 20% of gardeners reported having one or more people become dependent on them for food. Most gardeners here use at least 2 plots, to feed a family of 6.

Ted King, who’s the king of cabbage at the 7th Street Garden, is known for what he gives away.

"There might come a time when you just might have to grow your own food," King said. "It’s not that hard. A little bit of seed, some dirt, fertilizer."

And if there was ever a question of what to do, he’s in good company.

Just a mile up the road is New Jersey native Von Barnes, the owner of Kentuckiana Backyard Farms.

"It’s more about knowing where my food’s coming from," Barnes said.

In the heart of the Taylor Berry neighborhood, you'll hear the sounds of goats and chickens.

"Nutritionally, I know what I’m feeding my animals, so I know what I’m getting from them," Barnes said. "Before the pandemic, I was the crazy guy with chickens. After things happened, Kroger was shutting down, and you couldn’t get anything from Walmart, I was everybody’s best friend."

Credit: WHAS
"These eggs. You just got it from the chicken. It’s right here. Nothing else has to happen," Barnes said.

Barnes says if enough people became backyard farmers, "all of us would be doing our own thing but could trade with each other."

"It’s easy. It’s fun. It’s also a great stress reliever," Pratt said. "I know we're all a little tense after a year-plus of COVID. So, it's a great way to get outside, help your mind, help your body and eat some great food at the end."

Other locals taking on the self-sustaining lifestyle

Locals are taking up beekeeping to produce their own honey. Take a look at this workshop hosted by UofL Sustainability in March.

For some people, you don't have to plant a thing to benefit from homegrown. The Williams' family picks wild violets in the spring to make jelly. You can read their blog about it on Our Homestead Adventures.

With the University of Kentucky's College of Agriculture, there's a big push for tapping into maple trees for homemade syrup.

"All over Kentucky, but probably especially in the eastern part of the state, woodland owners may find that they have many maple trees in their woodlots. If these trees are larger than 10 inches in diameter, and if there are 25 to 40 maple trees per acre, woodland owners might want to think about making maple syrup as a possibility for increased income from their woodlots."