Cat Cafe saves 700 cats, doubling goal in half the time

The owner hoped to adopt out 300 cats in the first year, but after six months they have already doubled that goal. 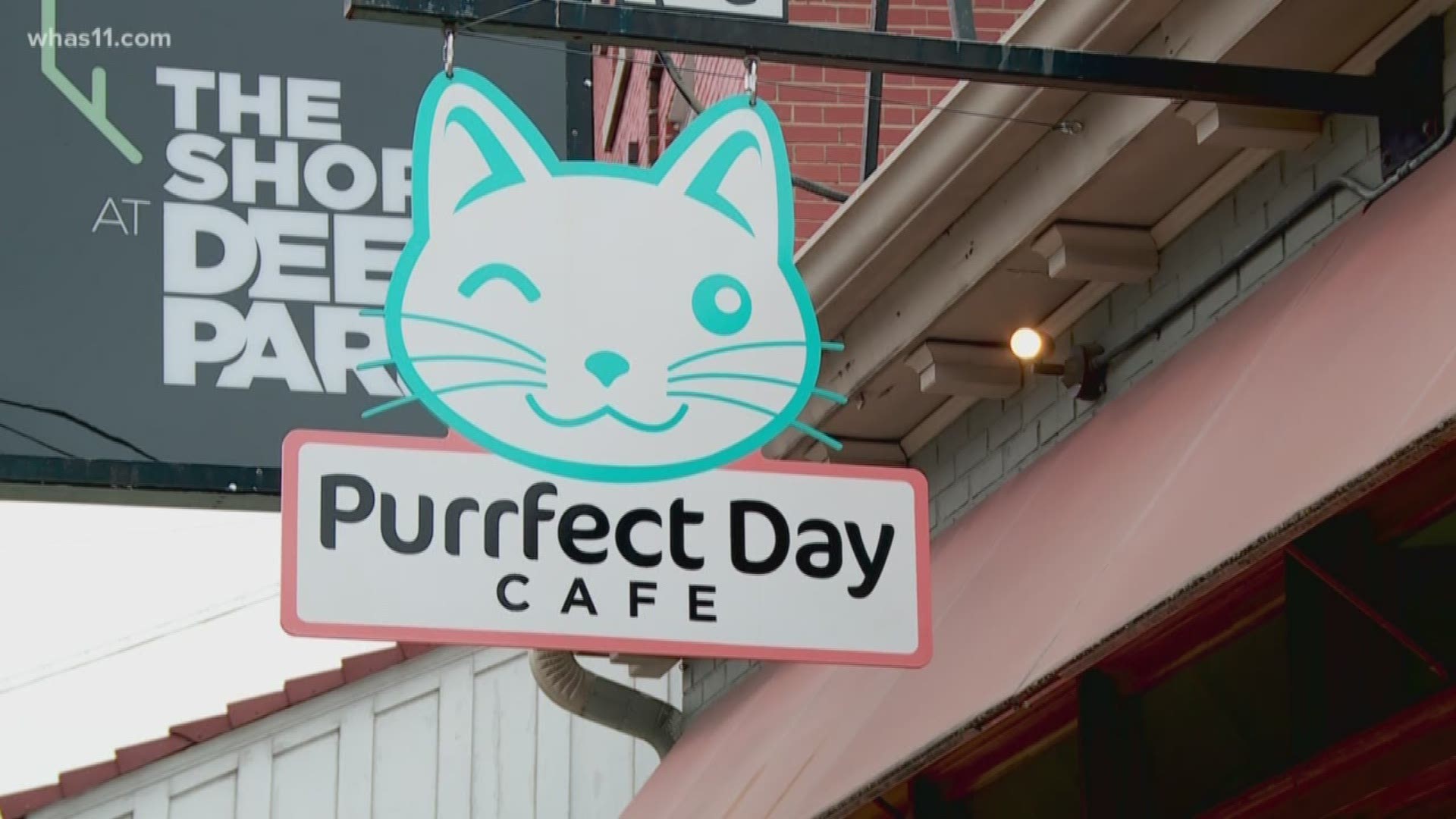 LOUISVILLE, Ky. — In the heart of the Highlands, there's a rescue mission you might have heard. Seven days a week, employees serve up snacks and snuggles inside Purrfect Day Cat Cafe.

People like it so much, the cafe has given 717 kittens a home since its creation six months ago. Whenever they get new rescues in from the Kentucky Humane Society, employees do a live reveal on Facebook Live for their most dedicated fans.

"We call them cat-vocates for the cafe itself and they want to help share and socialize and become part of the community," Patton said.

Employees call Patton boss but he calls himself the cafe "purrprietor."

"You are getting animals adopted which is such a reward and yes we get to pet cats for a living," Patton said.

Patton started the cafe six months ago with a goal of adopting out 300 cats in the first year.

Finding a home for 717 cats is more than twice Patton and the cafe workers' original goal -- in half of the time.

"It’s amazing how much this one facility is helping to change the needle and helping us to save the lives of more at risk cats," Kentucky Humane Society’s Andrea Blair explained.

With so many felines finding forever homes through the cafe, staff started looking outside of Louisville for rescues. To date, they have brought in twice as many rescues as ever before and have already reached 14 other counties, many of those counties unable to save cats without this help.

"This is really changing everything when it comes to cat welfare in Kentucky," Blair said.

The cats are kept happy and healthy with the help of volunteers while they wait for their future family to find them. While at the cafe, visitors can play with their feline friends while ordering from a variety of drinks including coffee, beer or wine, and a full snack menu.