The telethon has collected more than $195 million over the last 67 years, with 100% of the proceeds going to helping children with special needs in the area. 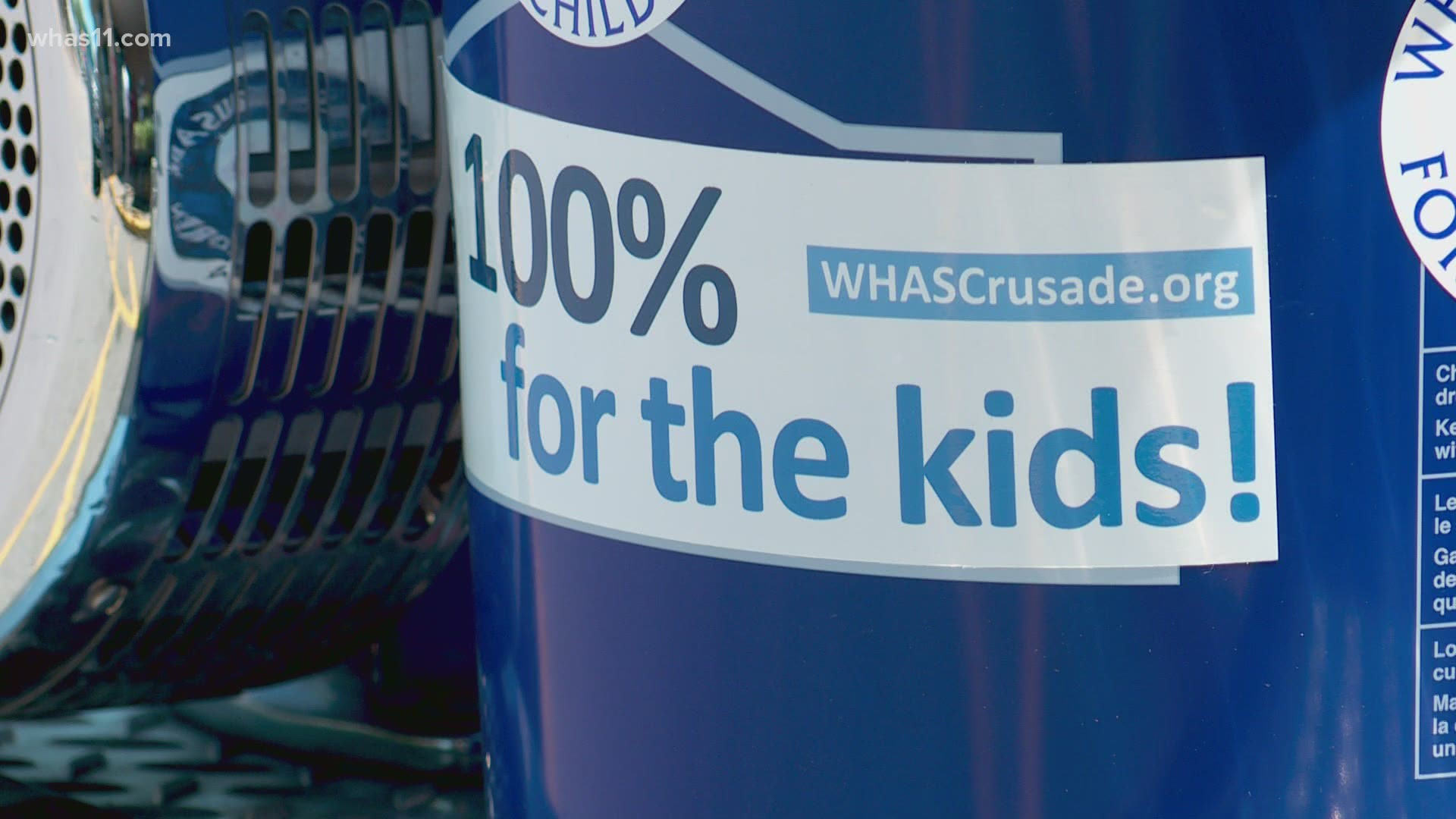 LOUISVILLE, Ky. — The 68th WHAS Crusade for Children telethon kicks off this weekend and firefighters are back out in the community collecting donations for children in need around Kentucky and Southern Indiana.

"People especially who are from here, they know what this weekend is and they know it's getting getting closer, they start to see fire trucks out on the streets, in the neighborhoods more often," Jefferson County Fire spokesperson Jordan Yuodis said.

Firefighters with the West Buechel Fire Department spent Thursday and Friday afternoon outside a Kroger grocery store collecting donations. Last year, firefighters were not able to go out into the community to solicit donations due to the coronavirus pandemic.

"Last year, we were strictly in the fire station where people could come and drop their money off with no contact whatsoever," Yuodis said. "So this year is kind of like an in-between. Hopefully next year we're back to 100% and doing things we normally would do."

Despite the limitations, the Crusade for Children was able to collect around $4.5 million. The telethon has collected more than $195 million over the last 67 years, with 100% of the proceeds going to helping children with special needs in Kentucky and Southern Indiana.

"This is a big community but also a small town, so somebody knows somebody who has benefitted from the Crusade," he said. "So it's basically like you're doing it for your own family."

According to Yuodis, many departments decided to not set up roadblocks this year, something that they have slowly been trying to move away from due to safety concerns.

"Things like this, our door-to-door collections, the mail-in hangers, Venmo, CashApp and all those things are safer alternatives that we can still get donations from," he said.

People can donate to the WHAS Crusade for Children on its website: whascrusade.org.