"How these two got together, to me, is a phenomenal occurrence," said Al Cecere, the founder of the American Eagle Foundation 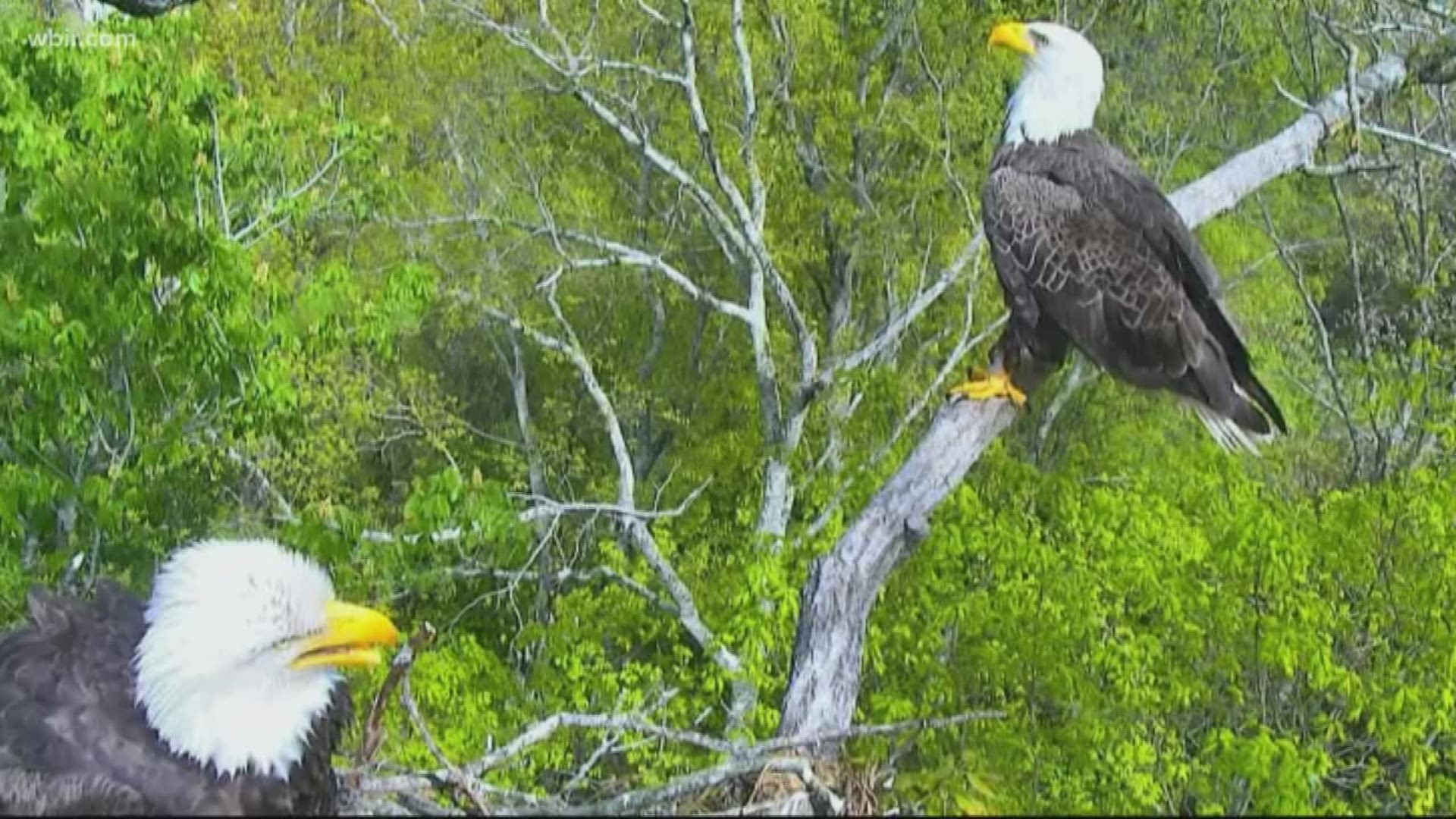 Sevierville — The parents of the three young eaglets you might have seen on the American Eagle Foundation nest cam in Sevierville are wowing conservationists.

The American Eagle Foundation rehabilitated and released the birds years apart from each other, and to their surprise, the eagles found each other in the wild and returned to Sevierville to lay their nest.

A few years after they released Lady Independence into the wild in 2008, she returned to Sevierville with a wild eagle that they named Sir Hatcher I. Cecere says bald eagles usually mate for life, and the pair returned every fall for six years to build their nest.

So, when a local photographer called Cecere in the fall to say he spotted an ID band on both birds, Cecere says he was shocked.

"We just assumed she had returned with her previous mate that she had been together with for years. It wasn't until a local photographer was photographing them on the river near the nest, and he noticed the band on the leg and contacted me. I said, 'no way. There can’t be two birds together that are banded that found each other in Sevierville,'" Cecere said.

"We had to take many pictures before we could piece together what number was on the band, and then when we finally could and realized it was one that we released out of a wild nest and sent to rehab and released from the same place as Lady Independence, that was amazing. To me, that hit me in a very powerful way. Wow, how did that happen?"

Cecere says they have no way of knowing what happened to Sir Hatcher I since he was a wild bird, but says this new pairing is a successful testament to the rehabilitation they do at the American Eagle Foundation.