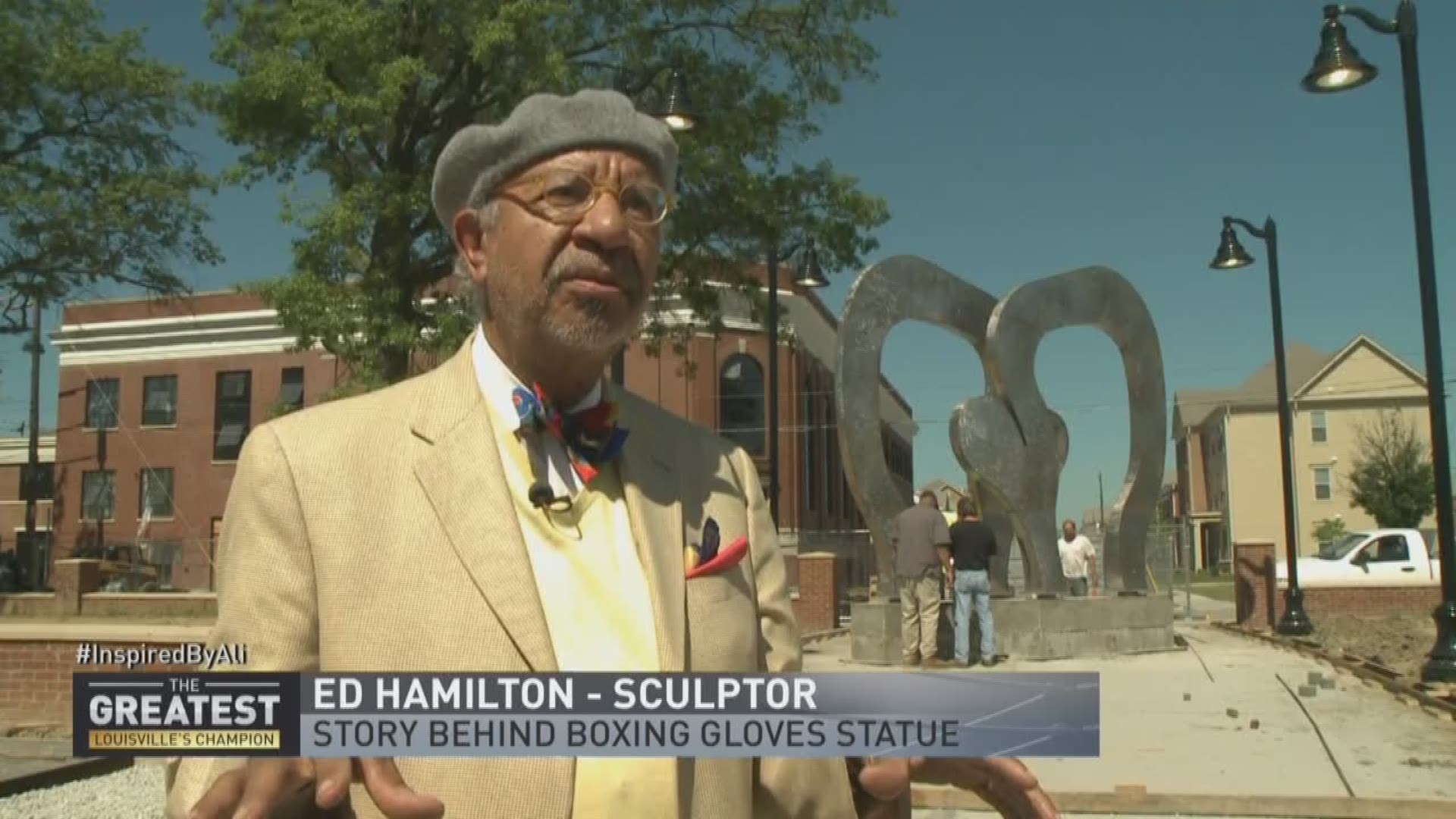 LOUISVILLE, Ky. (WHAS11) - Some men work with their hands, others work from the heart.

"Public sculpture is to make you think and provoke you," said sculptor Ed Hamilton.

And to stand the test of time. But Ed Hamilton's Smoketown Monument is on the move from a street to a park.

Standing in the shadow of the former Presbyterian community center where Muhammad Ali once trained, the 12-foot stainless steel sculpture is of two boxing gloves that overlap to form a heart.

Ali might have been Hamilton's inspiration but visitors always have their own interpretation.

"It's definitely strong looking, you know like the steel. It means power," said Kevin Dudley from Ottawa, Canada.

Just blocks from the monument, is the place Hamilton carved his reputation.

"It was just something that kind of just came natural to me," he said.

Whether it's his sculpture of York, the slave who was a key member of the Lewis and Clark expedition on the Louisville riverfront or the "Spirit of Freedom" commission in Washington, DC or even the monumental bronze of another great boxer Joe Louis in Detroit, Louisville may be his hometown but his art belongs to the world.

But this week, as he works on his next piece he remembers the man who belonged to the world, and the time he presented Muhammad Ali him with a sculpture of strength, a small pyramid.

"And I leaned into Ali and touched cheeks and said we love you champ," Hamilton recalled.

A few days ago, the artist took his fingers off the carving tools and put them onto a keyboard to write a letter to Ali. Though he never got it, he hopes that he will somehow hear it.

"You've always been a hero to so many, as a man you were always a master of your craft," read Hamilton from the letter. "You were the messenger for standing up for your convictions...you, my friend, will live forever in our hearts."

Two native sons, with disciplines that aren't really much different at all. They were able to become poet with their hands.