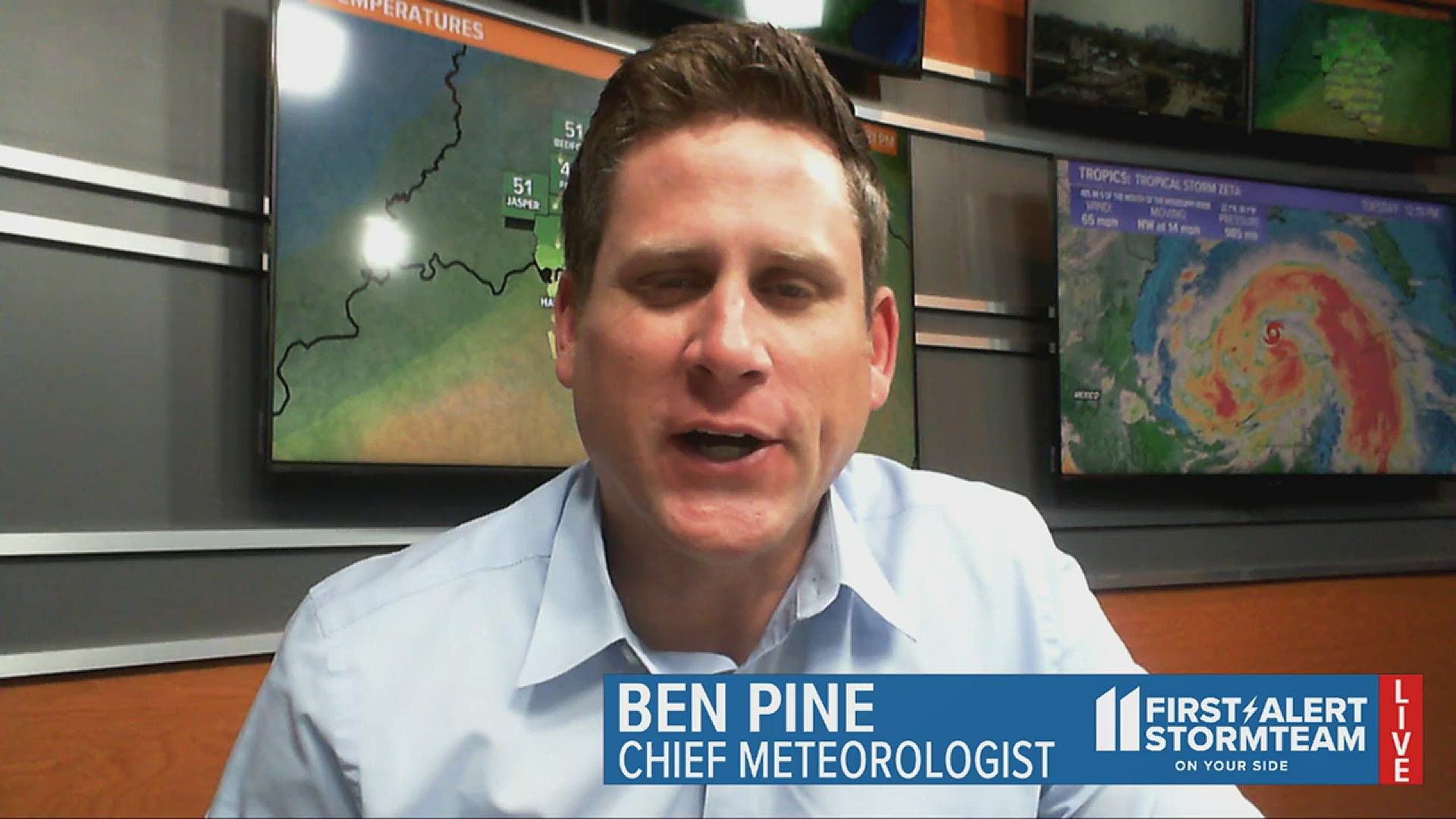 Tropical Storm Arthur kicked things off on May 16th, and by the time Hurricane Isaias caused issues from Florida through the Carolinas and even up into New England in late July, we were already 9 names deep and still a month and a half away from the average “peak” for hurricane season, which was back on September 10th. Just over a week later on September 18th when Wilfred became a named storm, all the common names for tropical systems had been used up with over 2 months left in the hurricane season.

The “back-up” plan for the National Hurricane Center was to shift to the Greek alphabet if the common names run out. That means, Alpha, Gamma, Delta, Epsilon, Zeta, etc. This has happened only one other time back in 2005 when you had the historic hurricanes, such as Katrina, Rita, and Wilma. That year there were 28 names storms, so we ended up 6 deep in the Greek alphabet with Zeta being the final named storm of the season. Ironically, that’s the name of the storm we are tracking currently, which is taking aim on the Louisiana Gulf Coast for the mid-week.

Speaking of Zeta, after grazing the Yucatan Peninsula of Mexico and weakening from a minimal hurricane back to a tropical storm, Zeta now has the open waters of the Gulf of Mexico to re-strengthen again into a hurricane as it churns toward the Gulf Coast. If there is any good news, the sea surface temperatures are beginning to cool down as we get deeper into the fall season. Hurricanes need warm ocean water as their fuel source, so hopefully we’ll see Zeta stay at minimal hurricane strength at landfall.

Unfortunately, folks in Louisiana just can’t catch a break as this will be the FIFTH landfall tropical system in the Pelican State this year. All this while that area continues to try to recover from Laura and Marco earlier this season. Zeta is expected to track toward Southeastern Louisiana and make landfall sometime late Wednesday evening into early Thursday. While we may see some residual tropical moisture fed into the storm system that looks to bring heavier rain to our area beginning tomorrow night, Zeta’s leftovers should get swept up by the southwestern storm system and quickly zip northeastward while weakening into a remnant low.

Below is the latest on Zeta as of 5pm EDT Tuesday: