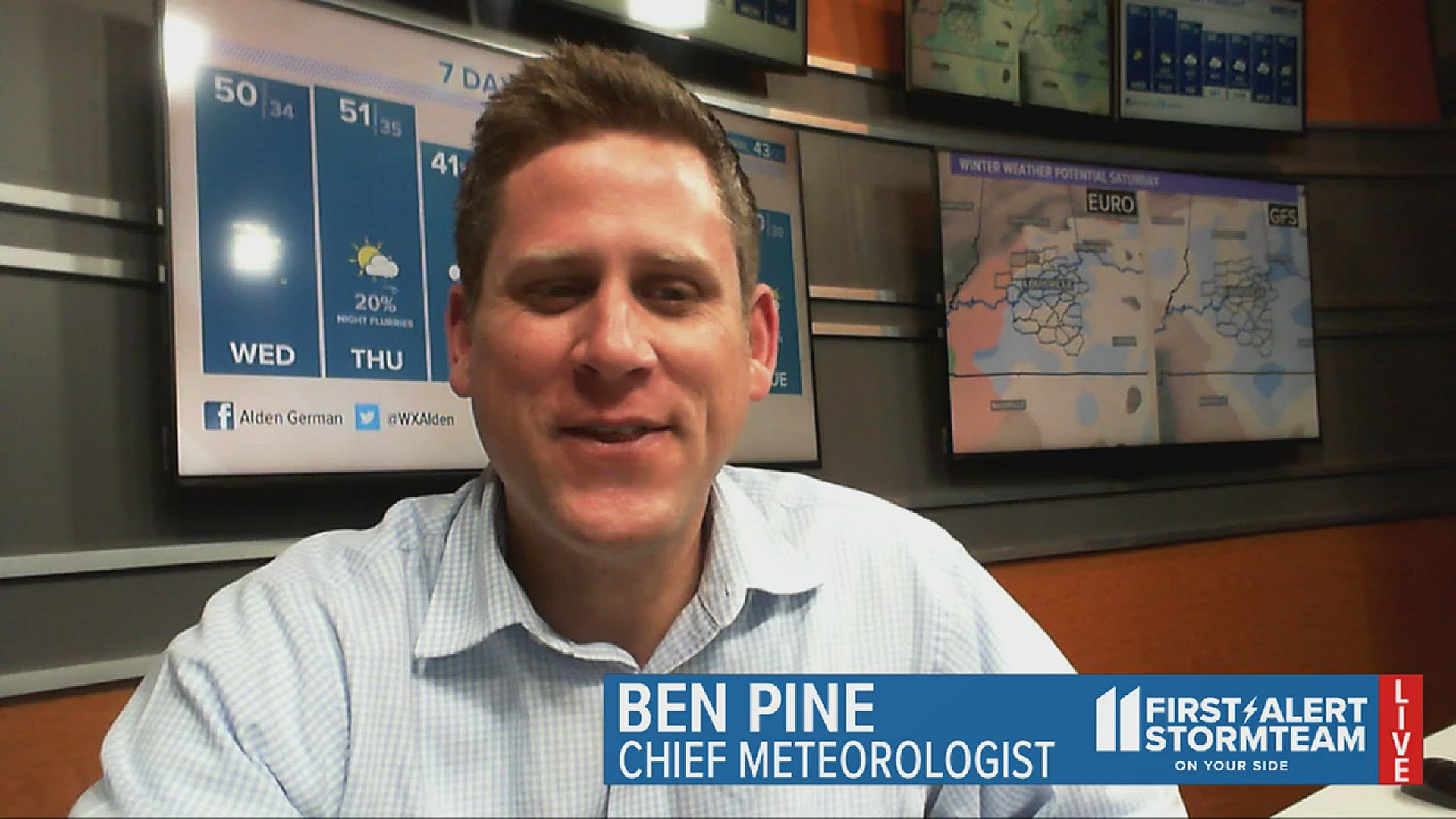 LOUISVILLE, Ky. — Yes, we will likely have more snow on the way this weekend, but before all of you snow lovers get too excited, this isn't going to be the big one!

A cold front will move through late Thursday, and as colder air wraps around a low-pressure storm system to our northeast, we'll have snow showers developing late Friday into Saturday.

Both the European and American GFS weather models are in good agreement showing the snow potential on Saturday - especially Saturday morning.

So, we'll raise our Snow Meter confidence level up to "LIKELY".

Now, let's get to what you really want to know... how much!?  Snow enthusiasts haven't had too much to get excited about so far this season, since we've only had 2.2" of snowfall total.  About an inch Christmas morning and just over an inch last Friday.  Saturday's snowfall total isn't looking very impressive at this point - around 1" or less is expected.   See the EURO and GFS forecast totals below.

Watch the video forecast above for more information!