What is a supermoon? | Weather Wise

A supermoon is where the moon appears bigger and brighter. It can happen up to a couple times a year. 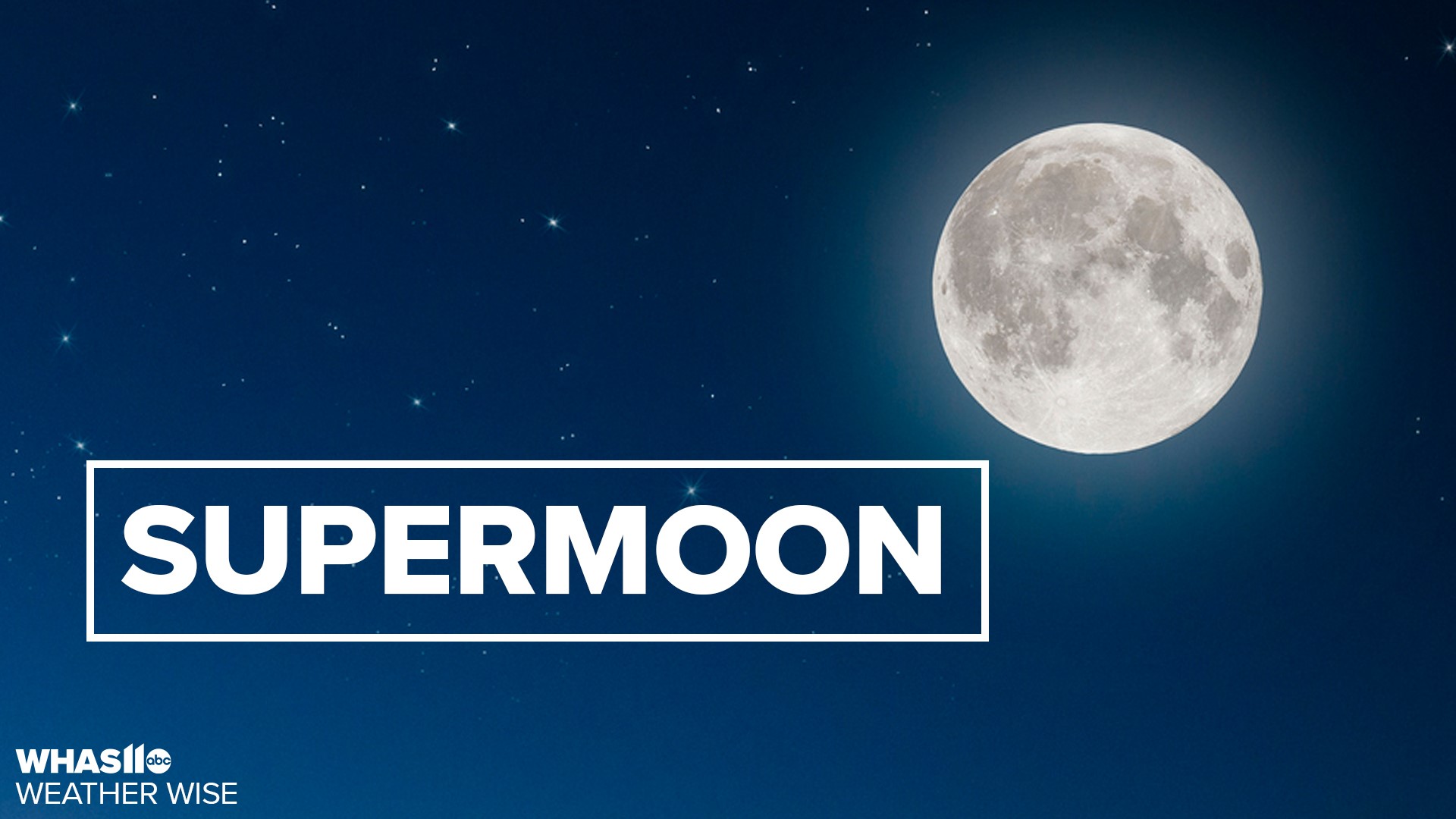 LOUISVILLE, Ky. — Although a supermoon is technically our regular moon, sometimes it looks a little bit bigger and brighter. Why is that?

Supermoon isn't a technical term defined by NASA, but it is commonly used to describe something that happens to the moon a couple times a year.

Sometimes, the full moon coincides with what we call "perigee" which is the moon's closest point to earth during its orbit. We all know when an object is closer to us, it can appear bigger and that's exactly what happens with the moon.

When this phenomenon happens, the moon can appear up to 14% larger and 30% brighter.

Full moons are given nicknames based on the time of year they occur. Sometimes they're given to reflect the season or plants that are growing when they occur. Many come from Native American traditions. One of these moons is the Super Flower Moon and occurs in the springtime. Its called "super" because of how bright and big it will appear and given the name "flower" because of our typical springtime flowers popping up this time of year.