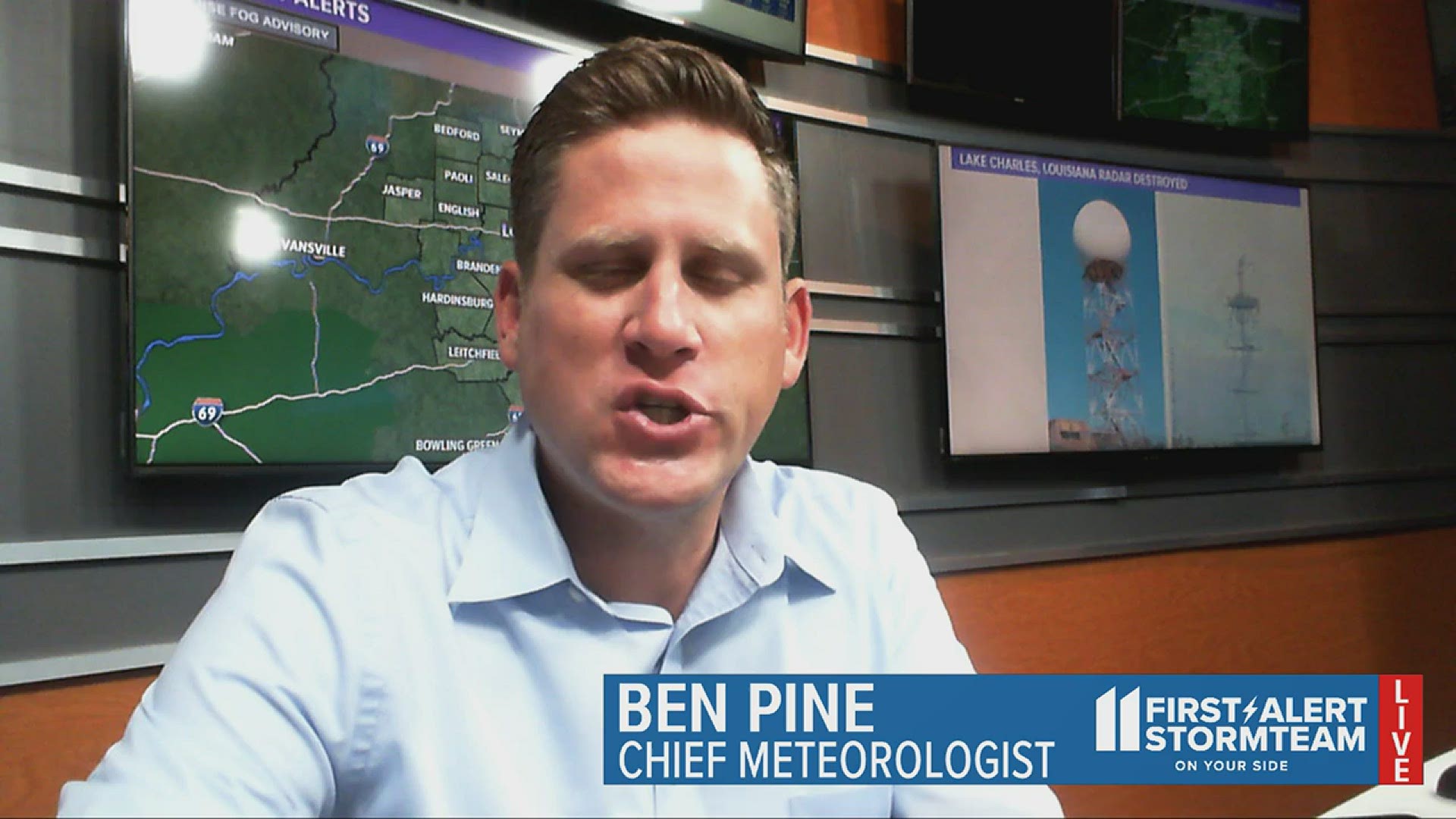 All eyes have been on Hurricane Laura. The deadly category 4 hurricane made landfall at 2 a.m. EDT in southwest Louisiana near the down of Cameron. While it’s been reduced in categorical strength, it’s still a very strong storm system and will impact our weather in the Ohio Valley soon.

Weather setup: Thursday morning saw cloudy conditions across the Ohio River Valley some of which came from Hurricane Laura and is the first indicator of our weather being impacted because of the monstrous hurricane. Laura made landfall around 2 a.m. EDT as a category 4 with wind speeds of 150 miles per hour. As of 10 a.m. EDT Laura had weakened to a category 2 storm but was still extremely dangerous with wind speeds upwards of 100 miles per hour, torrential rain, and flooding.

RELATED: 2 dead from falling trees during, after Laura

Here’s a look at the latest forecast track for Hurricane Laura (as of 10 a.m. EDT):

Laura will continue to weaken as it moves northward and is forecast to be a tropical storm in central Arkansas early Friday morning. Late Friday night and early Saturday morning it will downgrade to a tropical depression whose track is anticipated to move through Kentucky bringing widespread rain, heavy at times.

How Laura affects us: Initially, Hurricane Laura will bring us primarily clouds, though a few showers and downpours may develop Thursday afternoon. Friday sees our rain chances jump quite a bit as the center of the then-tropical depression quickly moves into Kentucky and bands of showers and storms start to form in the afternoon and evening.

Credit: WHAS
Bands of heavy rain and thunderstorms move through Friday afternoon and evening and into the night.

Heavy rain with flooding is the primary threat with these bands of thunderstorms, particularly in central and southern Kentucky. Louisville teeters on the northern edge of this area of heavy rain, with southern Indiana currently not expecting to see much, and a slight track north or south will make a big difference in how much rain accumulates in your neighborhood. For Louisville and southern Indiana, a more northern track would increase how much rain we may see, while a slightly southern track would reduce it. Think of it like a winter storm – a move 50 miles north or south would greatly impact how much snow might accumulate.

As for other forms of severe weather, stronger thunderstorms bring a risk of gusty winds. The tornado threat is low, but tropical cyclones are known to produce brief, isolated spin-up tornadoes. Southwestern Kentucky is the most favorable location for tornado development Friday afternoon. By the time much of the rain reaches the Louisville and central Kentucky region the sun will be setting, and thunderstorms won’t have as much available energy to work with.

Lingering showers will be possible Saturday morning as the remains of Laura continue to quickly move east.

Long term: A cold front passing Saturday will bring in sunnier and cooler weather for the remainder of the weekend. Temperatures Saturday and Sunday are set to be several degrees below the normal high temperature of 88. High pressure on the back side of this front should mean sunnier and dry conditions for Sunday. Temperatures should also be the coolest of the next week Sunday as we only manage the upper 70s to low 80s across the region. More wet weather is forecast for the last day of August and first few days of September as another storm system looks to move east across Kentucky. We’ll focus on that after we get through the Laura-remnants for this weekend.