The phases of the moon | Weather Wise

We all know what a full moon is, but what is it called when the moon in partially illuminated? Or when the sky is completely black? 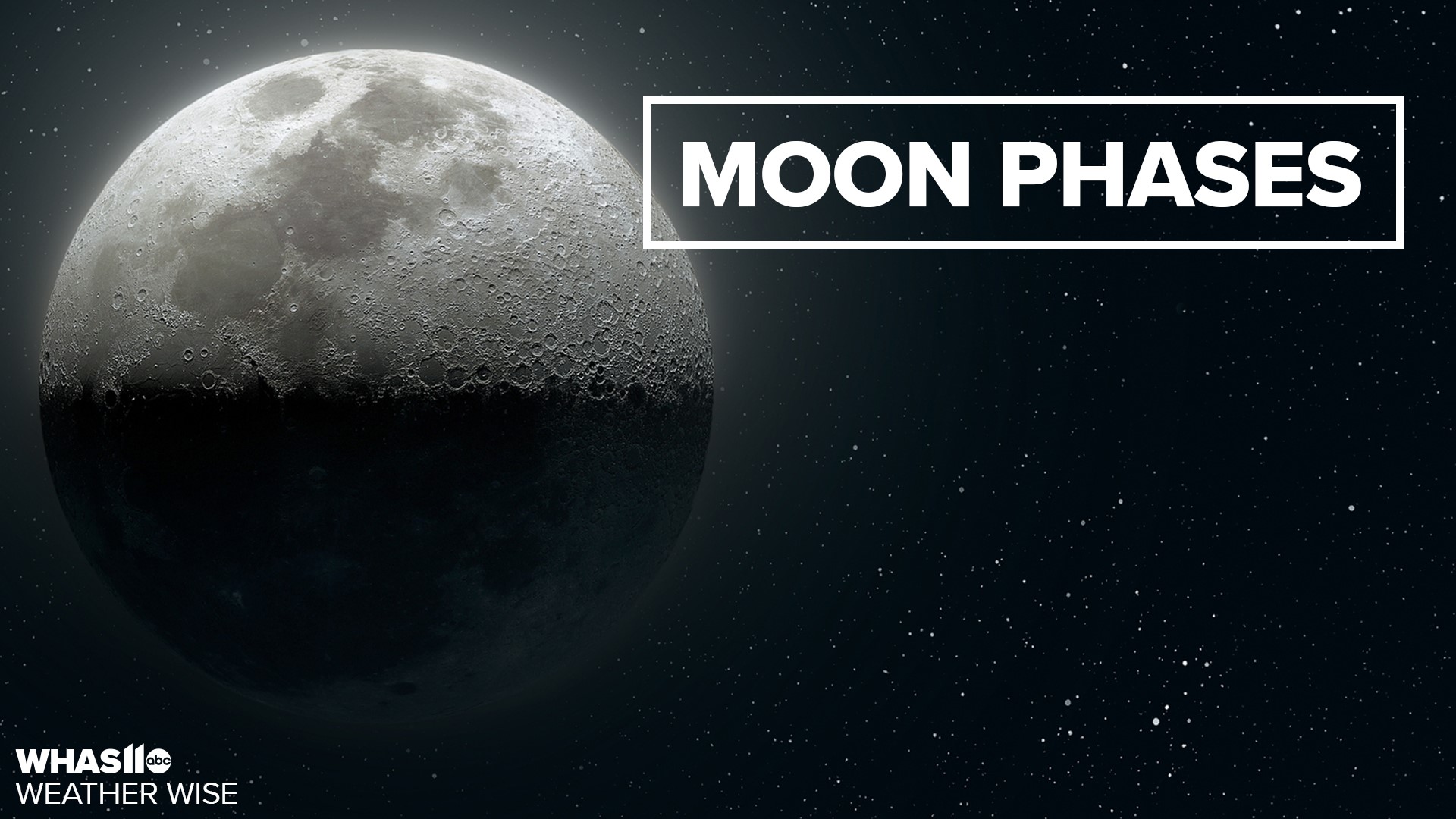 LOUISVILLE, Ky. — Have you ever wondered why the moon looks different every night? Maybe you've forgotten some of those middle school science lessons and need a little refresher.

First let's get through the basics: the moon orbits Earth as Earth orbits the sun. The light from the sun shines onto the moon at different spots as the moon moves around Earth. That is why we see different phases of the moon just about every month.

The phases of the moon:

Next, the first quarter moon illuminates half of the moon as it continues to increase.

The waxing gibbous is when the moon is more than half, but less than fully illuminated. The word "gibbous" actually means "convex or rounded."

Then, of course, the full moon. At that time, we can see the moon in all of its glory while its illuminated portion is facing the earth.

The moon will then look like it's decreasing. While it is not actually shrinking in size, the lit portion will be. The first time we see this happen, we call the moon a waning gibbous. The moon is less than full, but more than halfway illuminated

A last quarter moon illuminates only half of the moon once again.

With the moon still decreasing, we get to the waning crescent phase where the moon is less than half lit, but not quite all the way dark.

When the moon seems to disappear from the sky altogether, it returns to a new moon. The lit side of the moon faces away from Earth.

Now you know exactly where we fall in the moon's phases when you take a look up at the night sky here in Kentuckiana.