Comet Neowise visible from dusk until dawn this week

Comet Neowise will now be visible just after sunset until sunrise this week, here's where to look! 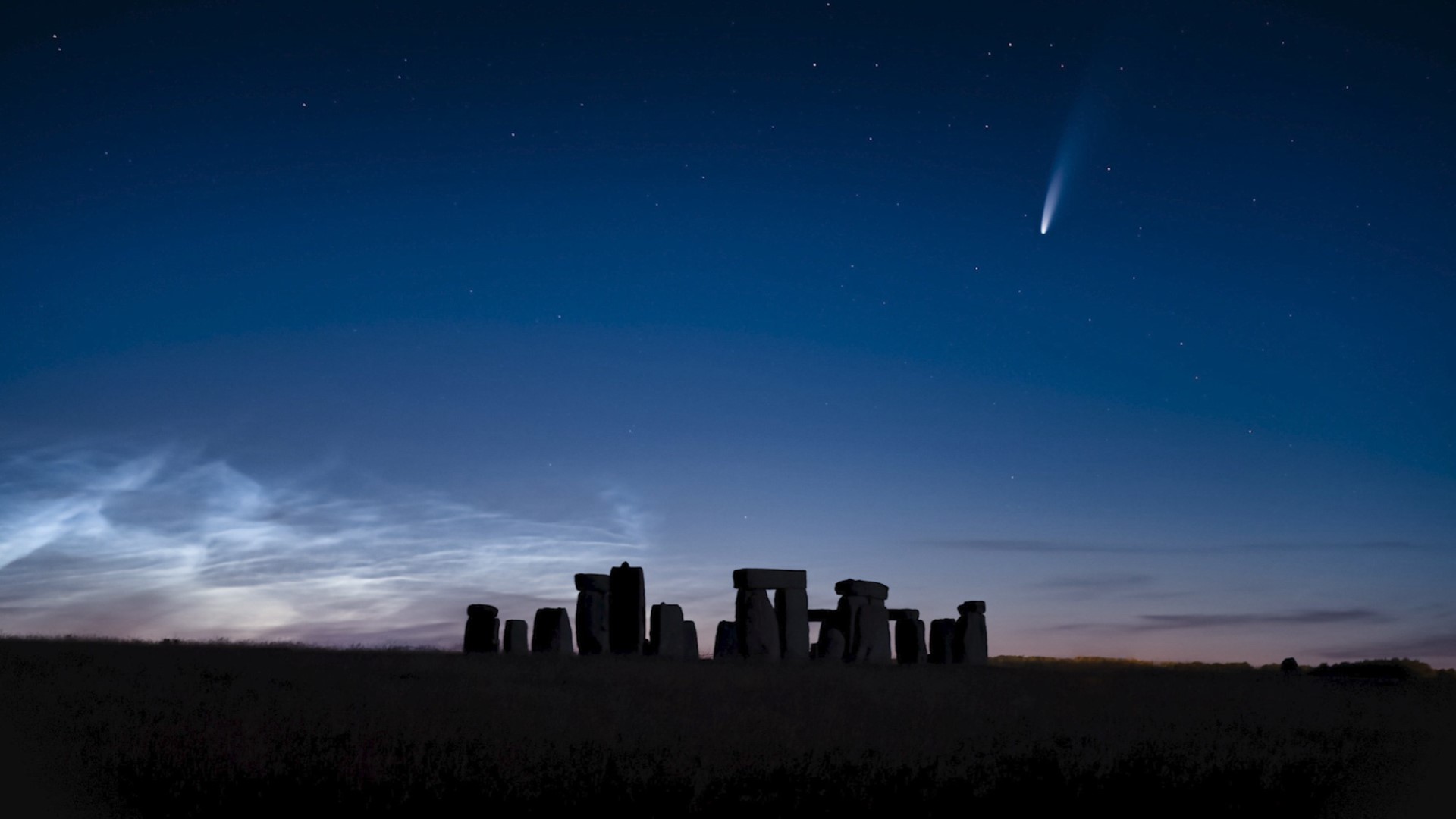 LOUISVILLE, Ky. — Comet Neowise was only visible just before dawn last week, but now can be seen from just after sunset until sunrise.

-The comet is named after the NASA mission that discovered it, Near-Earth Object Wide-Field Infrared Survey Explorer or NEOWISE.  It's also known as Comet C/2020 F3.

-NEOWISE was discovered in March, an average to large size comet measuring about 3 miles wide.

-It has a 6,800 year orbit around the sun, so it will be a long time until the next chance to see it.

-The comet will be visible through mid-August, but peaks around July 22nd - 25th, with it's closest approach to Earth.

Just a few hours ago I saw this incredible sight - Stonehenge with the comet Neowise above and noctilucent clouds rippling behind. Worth the 5 hour roundtrip to capture this once in a lifetime image#cometNEOWISE #thephotohour #NLCnow @virtualastro @ProfBrianCox @BBCStargazing pic.twitter.com/0xNn12aVqP