Tropical Storm Sally is expected to become a hurricane soon, and tracking to New Orleans. 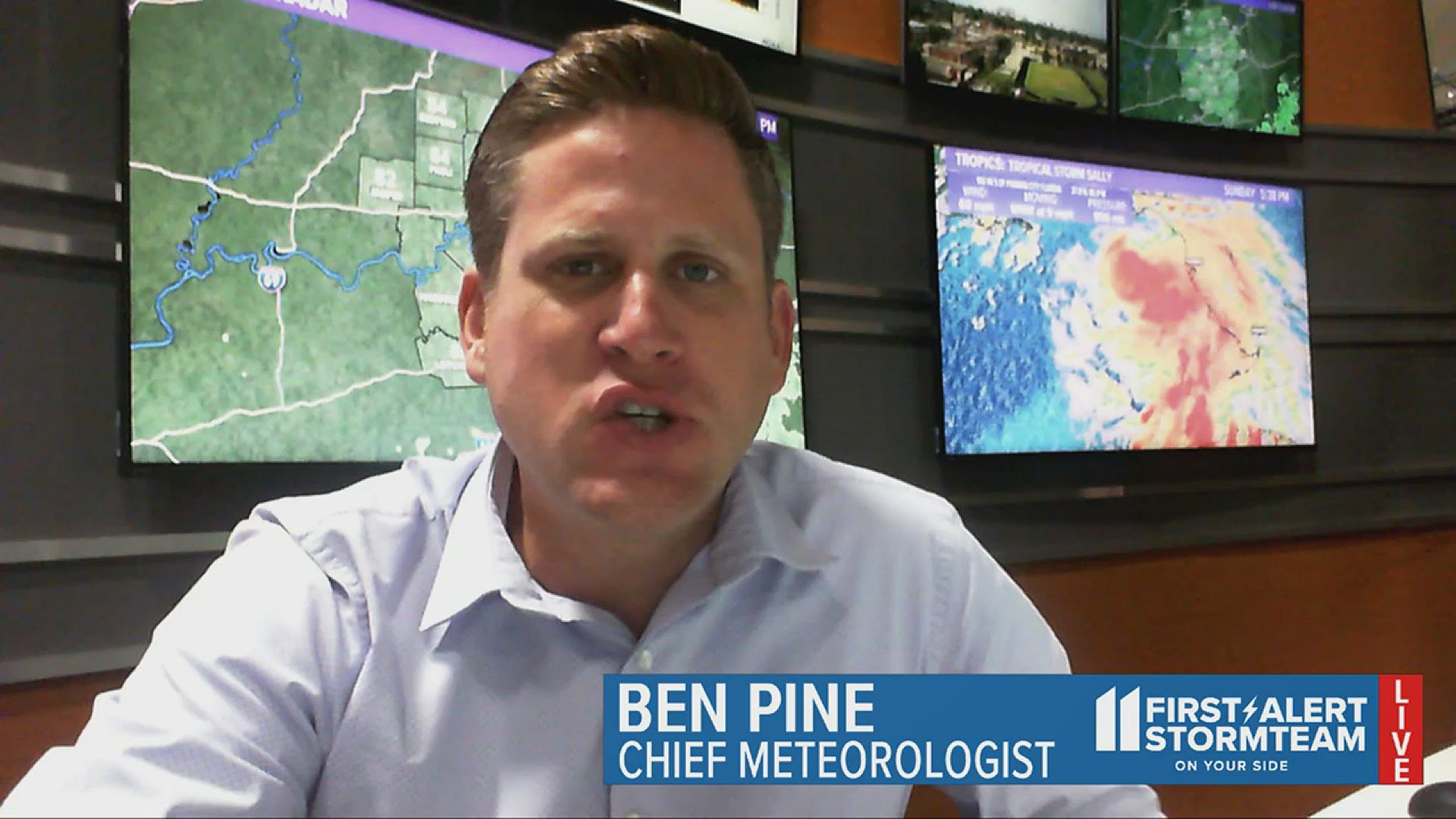 LOUISVILLE, Ky. — Tropical Storm Sally will likely become the seventh hurricane of the 2020 Atlantic hurricane season, and is heading toward New Orleans, Louisiana.

Here's the latest track from the National Hurricane Center.

As of late Sunday, the Tropical Storm currently has maximum sustained winds around 60 mph, and is moving away from Florida in the Gulf of Mexico.  Winds need to strengthen to 74 mph or greater to become a Category 1 hurricane.

The forecast is for a landfall near New Orleans late Monday into early Tuesday.

While, Gulf Coast from the Panhandle of Florida to Louisiana will have gusty winds and storm surge to deal with, this storm may end up being remembered for the very heavy rainfall.  A soaker system!  The map below shows the rainfall total with inches upon inches expected from southeast Louisiana through the Panhandle of Florida, including southern Mississippi and Alabama.

Sally is the 18th named storm of the season.  Just a few more names left, and then we keep track with the Greek alphabet.  The record setting pace of named storms continues this year.  Other than Sally, the tropics remain very active and this is typically the busiest time of year for tropical systems.

While, we may see a few showers when the remnants brush southeast of our area, we are not expecting any significant impacts locally.

Humidity levels will go up with the rain chances midweek, but all in all, our weather will be pretty nice for the week ahead.