Hurricane Laura Latest: Forecast to be a major Category 3 storm at landfall 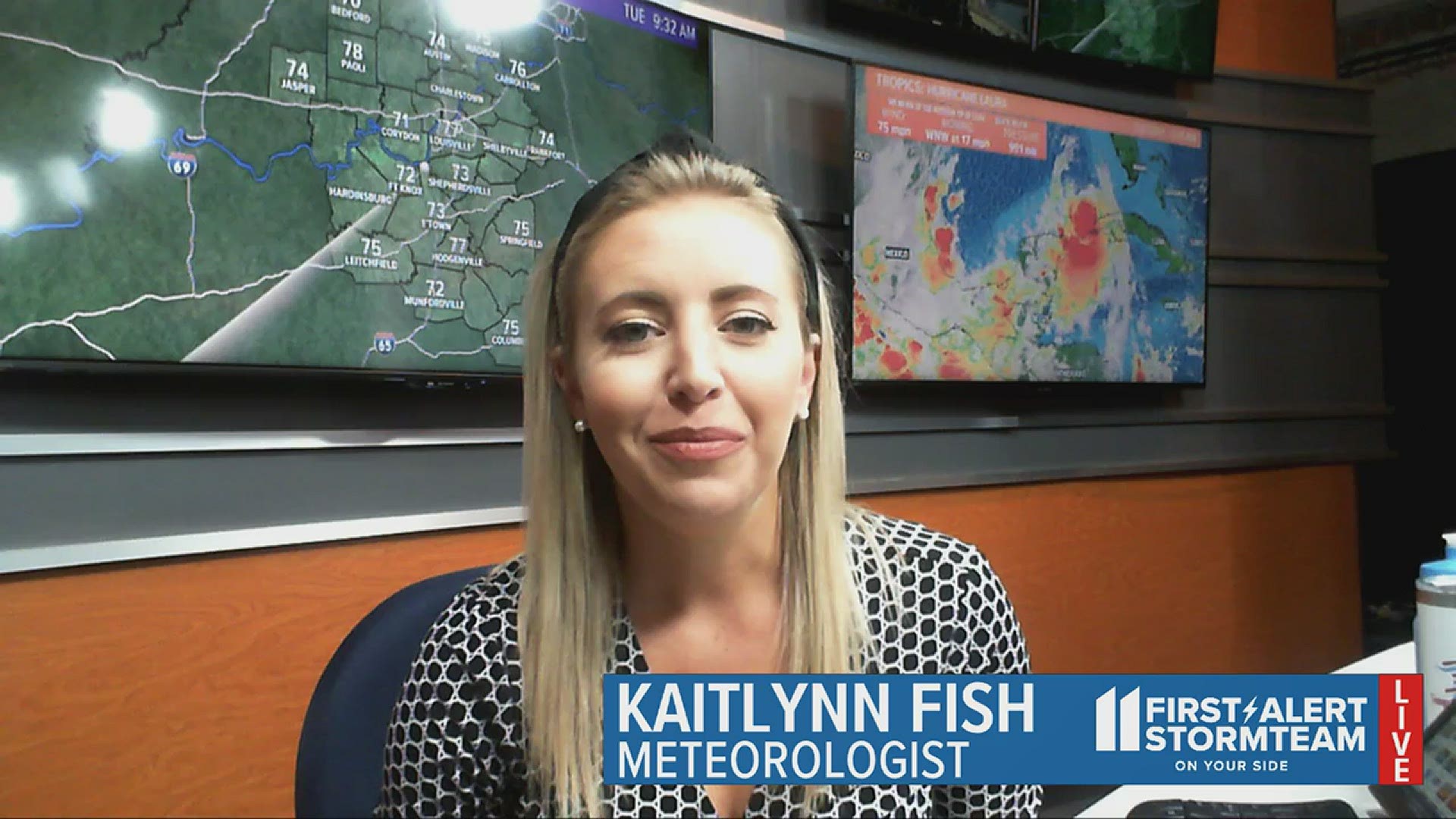 LOUISVILLE, Ky. — Laura is now a Category 1 hurricane with maximum sustained winds at 75 mph according to the latest update from the National Hurricane Center.

The storm will continue to track west-northwest and make its way into the Gulf of Mexico. Hurricane Laura will gain strength as it moves into the warm waters of the Gulf. Warm sea surface temperatures and a lack of wind shear will allow Laura to grow into a major Category 3 storm by the time it makes landfall between Texas and Louisiana.

Heavy rainfall, strong winds and high storm surge will be major threats for areas of the Texas and Louisiana coastlines. Storm surge up to 11 feet is projected for low lying areas near the border of the two states and in the marshlands of southwest Louisiana.

Along with storm surge, strong wind gusts have the potential to do some serious damage to homes and businesses. At category 3 status, Hurricane Laura will have sustained winds around 115 miles per hour with higher gusts possible. Hurricanes also have the potential to produce tornadoes and that will be a concern especially areas east of the center of the storm.

As the storm moves inland it will weaken. By the time it reaches the Ohio Valley on Friday it will likely be a remnant low pressure system. Even though it is weak it could still bring a good amount of rainfall to our area. Flash flooding will be a concern as Laura's rain bands bring 1-3" of heavy rainfall to us between Friday and early Saturday.

While our rainfall totals of 1-3" may seem like a lot, it will pale in comparison to totals along the Texas and Louisiana Gulf Coast which could receive 8-12"+ of rainfall as Laura in.

We'll continue to follow the latest on Hurricane Laura as it makes landfall late Wednesday into Thursday along the coast and eventually moves into Kentuckiana on Friday and Saturday.