From the Archives | Looking at Louisville's record-breaking snow

The first snow of the season won't look anything like these, but let's take a walk down memory lane. 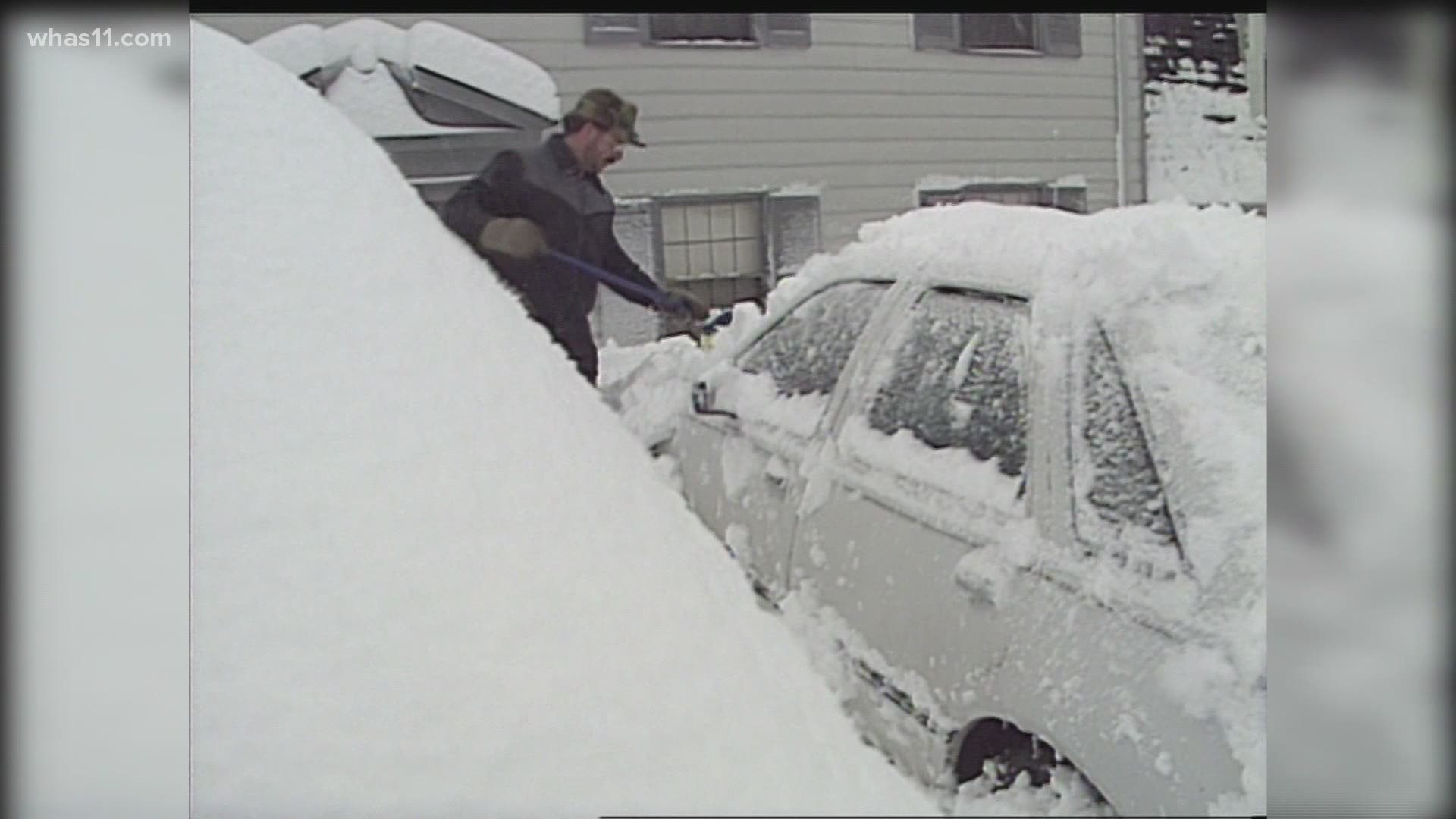 LOUISVILLE, Ky. — While the first forecasted snow of the season isn't expected to do even stick to the roadways, we're celebrating the wintry mix by looking back at some of Louisville's record-breaking snowfalls.

The blizzard of 1978 brought us more than just the beautiful noise of Bellavia announcing the cancellation of classes and milk deliveries -- it was also the deepest snow on record in Metro Louisville.

Louisville accumulated 19 inches of snow by January 20, but that wasn't the only record. The blizzard marked the longest period of time with at least one inch of snow on the ground.

WHAS11 legend Chuck Taylor spent his time out in the snow, and folklorist Dick Frymire predicted the blizzard was coming by studying trees. While Frymire died in 2013, his family continues to use a tree to predict winter weather.

The snowiest day in Louisville history belongs to January 17, 1994. Around 15.5 inches of snow blanketed the city, making it the most snow accumulation at one time for the area.

February 6, 1998 was the day with the second deepest snow in Louisville: 16 inches. Most notably, the winter storm called major road issues as a State of Emergency was declared for most counties in the state.

While Louisville had a lot of snow, other parts of the state saw up to 25 inches, more than two feet, of snow.

Today's accumulation will likely come in strong at less than one inch, but we can hold out hope for more this season. For more information on past or future storms, visit the First Alert Storm Team's section of the website.

RELATED: Snow showers wrap up with a cold start to December

RELATED: The man who made 'Bellavia' a WHAS11 tradition | The Proffitt Report Podcast