‘It lasted about 10-15 minutes’: Kentucky woman captures amazing video of waterspout while on vacation

“It was the first one I had ever seen! It was exciting to witness," Shari Klosterman said of the video she captured in Gulf Shores. 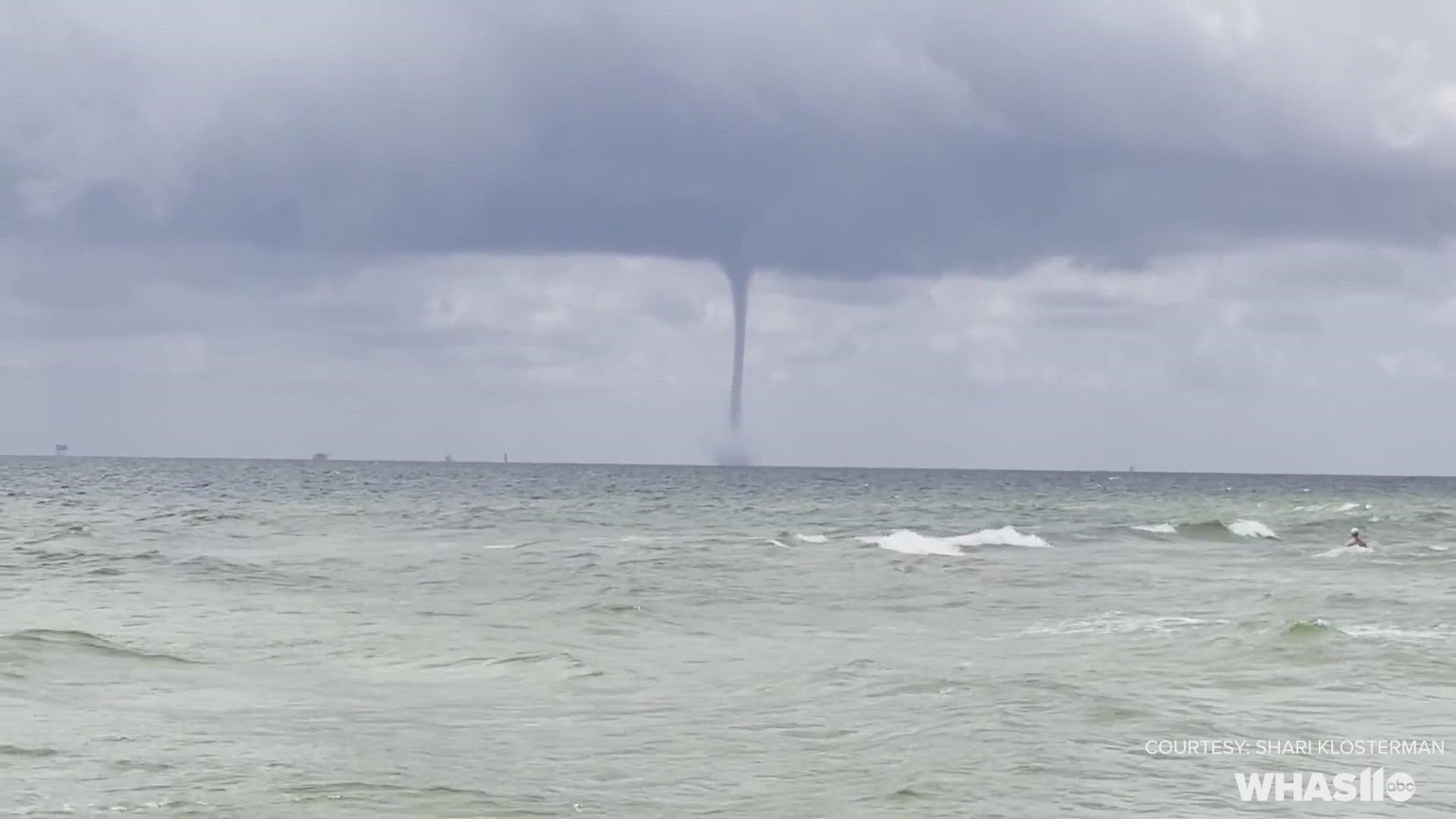 GULF SHORES, Ala. — It was just another day at the beach in Alabama for Shari Klosterman and her family, until a rare sight was seen just above the water.

It was a waterspout spinning in the distance. Klosterman tells WHAS11 News, “it was the first one I had ever seen! It was exciting to witness!”

Klosterman and her family were on the beach at the Gulf Shores around midday Aug. 25, when she saw it.

“I turned to see the water spout and grabbed my phone," Klosterman said. "It lasted a good 10-15 minutes."

What is a waterspout?

In simple terms, a waterspout is a column of cloud-filled wind rotating over a body of water.

Tornadic waterspouts are tornadoes that form over water or move from land to water. They have the same characteristics as a land tornado. They are associated with severe thunderstorms, and are often accompanied by high winds and seas, large hail, and frequent dangerous lightning, experts at NOAA said.

NOAA warns that If a waterspout moves onshore, the National Weather Service issues a tornado warning, as some of them can cause significant damage and injuries to people. Typically, fair weather waterspouts dissipate rapidly when they make landfall, and rarely penetrate far inland.

If you capture video or photos that you would like to share with WHAS11 News, please download our app and use the ‘Near Me’ option to share. It only takes a few taps to upload and send!

RELATED: Here's how to share news you see with WHAS11 using the 'Near Me' option on our app