While meteorologists aren't forecasting this year to be as active as 2020, they are still predicting we will have an above-average number of storms. 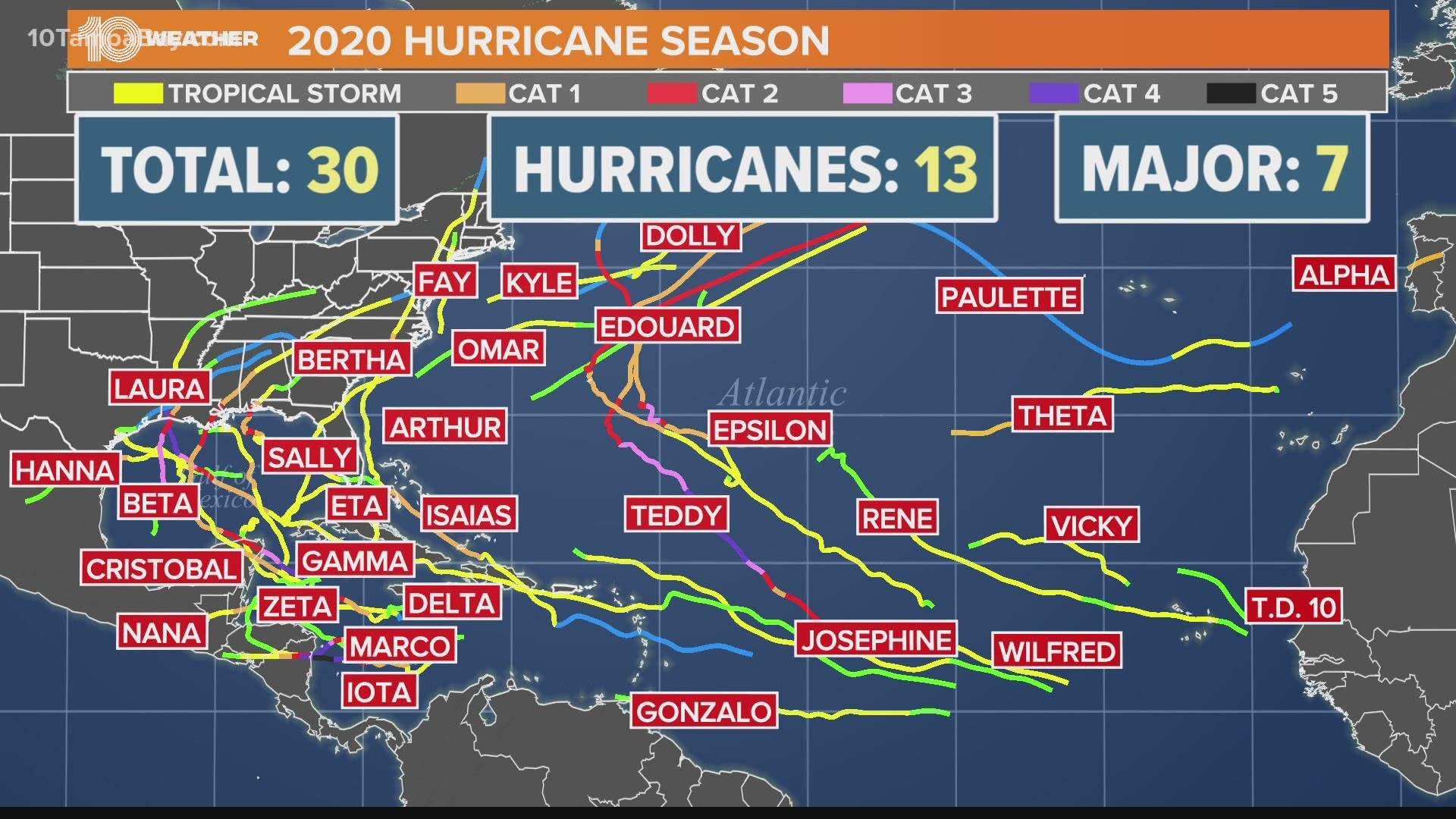 TAMPA, Fla. — It's here: the official start to the Atlantic hurricane season.

While meteorologists aren't forecasting this year to be as active as 2020, they are still predicting we will have an above-average number of storms.

This is the seventh year in a row a storm has developed in the Atlantic basin ahead of the official start of hurricane season, which is June 1. The storm that kicked off this streak in 2015 was, coincidentally, Tropical Storm Ana.

That's up from the previous Atlantic storm averages, based on the period from 1981 to 2010, which were 12 named storms and six hurricanes.

NOAA updated those averages this year. The new average comes as NOAA’s Climate Prediction Center moves on to using 1991-2020 as the new 30-year period of record instead of 1981 to 2010.

The National Hurricane Center determines a storm's danger potential by assigning a category to the storm between 1 and 5, based on the Saffir-Simpson Hurricane Wind Scale, which estimates potential property damage based on the storm's sustained wind speed.

Hurricanes above a Category 3 are considered major hurricanes because of their potential for devastating damage, according to the NHC.

Keep in mind, the category assigned to a storm does not take into account potential damage that could be brought on by storm surge or flooding.

Regardless of how many storms develop, it only takes one storm to make the season “active” for any community that gets hit. Hurricane season runs from June 1 to November 30.

Routine outlooks at the National Hurricane Center began May 15th, which is new this year.

After six straight years of Atlantic tropical cyclones forming before the June 1 start of hurricane season, the National Weather Service gave the OK to begin issuing routine tropical weather outlooks. They will now be issued daily moving forward through the end of November, at 2 a.m., 8 a.m., 2 p.m. and 8 p.m.

Peak hurricane season runs from August through early October when the ocean waters are typically at their warmest.

10 Tampa Bay is your Hurricane Headquarters. From getting your hurricane kit together to finding your closest evacuation route, 10 Tampa Bay has it all.

You can also download the free 10 Tampa Bay app to get alerts sent straight to your phone if a storm is heading this way.