Laura will make landfall overnight as a major Category 4 hurricane. 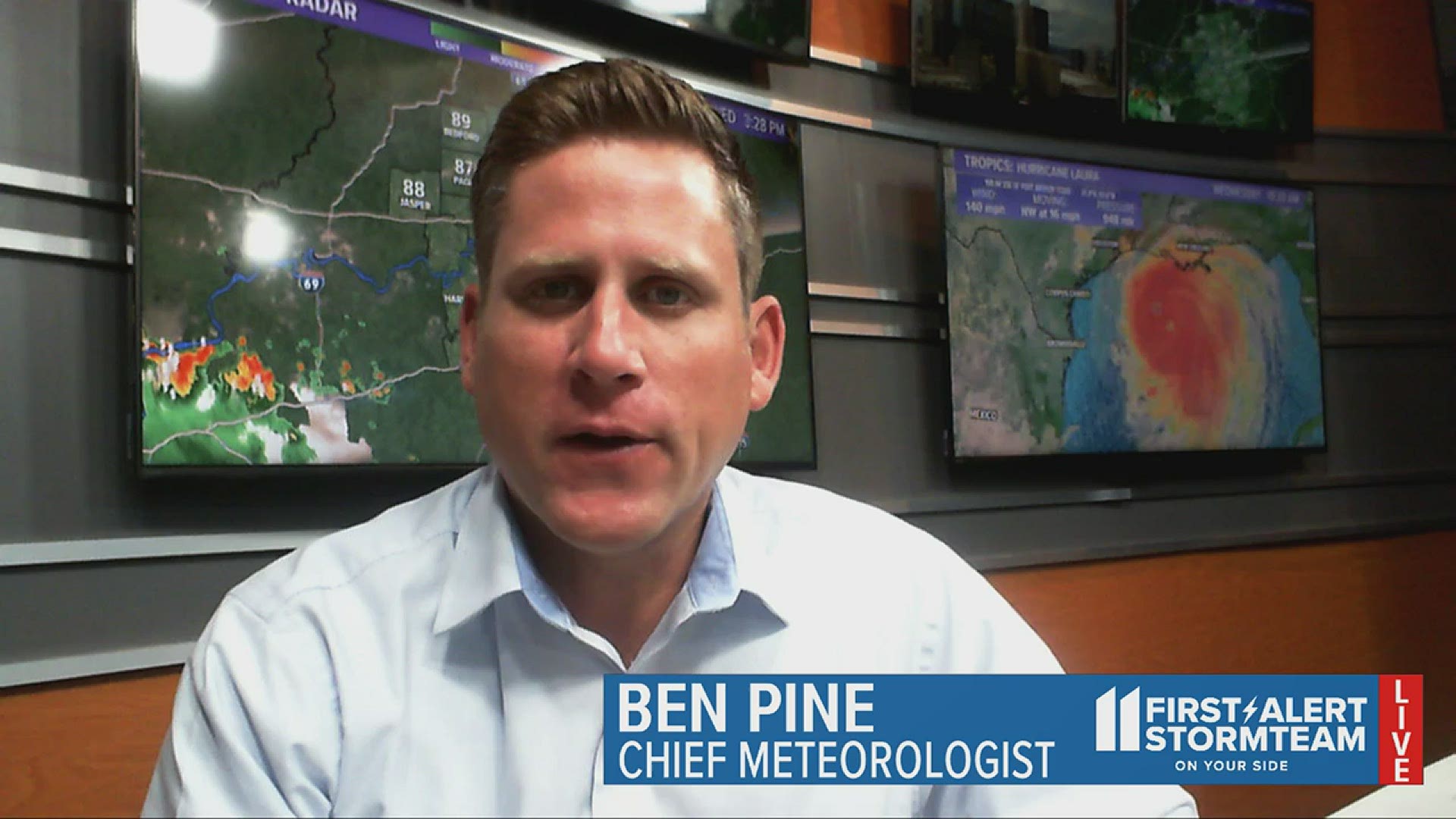 With the warm Gulf of Mexico waters acting as a prime and efficient fuel source, Hurricane Laura has rapidly strengthened into an extreme dangerous Category 4 hurricane, with its sights set on a landfall near the Texas/Louisiana state line along the Gulf Coast into the early hours of Thursday morning. In a little over 24 hours, Laura went from a minimal Category 1 hurricane with max sustained winds around 75 mph Tuesday afternoon into a powerhouse Category 4 storm with max sustained winds at 150 mph and climbing.

Just like a car needs fuel to operate, a hurricane needs warm ocean water and there is plenty of it in the Gulf of Mexico this time of year. As a result, the Texas and especially the Louisiana coastline could be looking at potentially catastrophic damage as the storm makes landfall just after Midnight local time on Thursday. Laura is a very large hurricane so the Gulf Coast is already feeling the impacts with the winds and waves picking up. Conditions will only deteriorate as the heart of the storm nears the coast through Wednesday evening.

Many people focus on the "wind" aspect of a hurricane at landfall but it's really the "storm surge" that creates the problems and destruction. Basically the wind picks up the ocean water and drives it onshore. With Laura, there are a few locations along the Louisiana coast that could see a 15 to 20 foot storm surge, so just think of a wall of water 15 to 20 feet high pounding at the coastline for several hours. The end result of that kind of surge is extremely destructive and unfortunately deadly for those that chose not to evacuate.

Even though Laura is expected to weaken rapidly once it encounters land, there should be some damage issues well inland into east Texas and western Louisiana, not to mention the typically set-up for a few tornadoes that cause additional damage with a land falling hurricane.

So what impact will Laura have on our weather here in Kentucky and Southern Indiana? The forecast track has Laura moving through our Kentucky counties late Friday night and into early Saturday as a Tropical Depression. We should see much wind, but we are set up for some tropical downpours. Even though the storm will have been over land for quite awhile...just think of a full sponge of water and how long it takes to wring it out fully. Several tries right?

This is essentially what happens with a tropical system after land fall. It takes awhile to get all the moisture out of it so we are looking at a general 1"-3" rainfall with more likely 2"-4" south of Louisville with locally high amounts. This could create some localized flash flooding issues so be on the lookout for that into the weekend. Luckily a fast moving cold front will sweep the remnants out of the area and bring a brief break from the heat and humidity to end the weekend.

Meanwhile we'll keep an eye on Laura as it makes land fall and moves inland on Thursday. Our thoughts are definitely with those that have family and interests along the Texas and Louisiana Gulf Coast.