We haven’t talked much about wintry weather but with the coldest air of the season headed our way, it’s about time for that 4-letter word S-N-O-W! 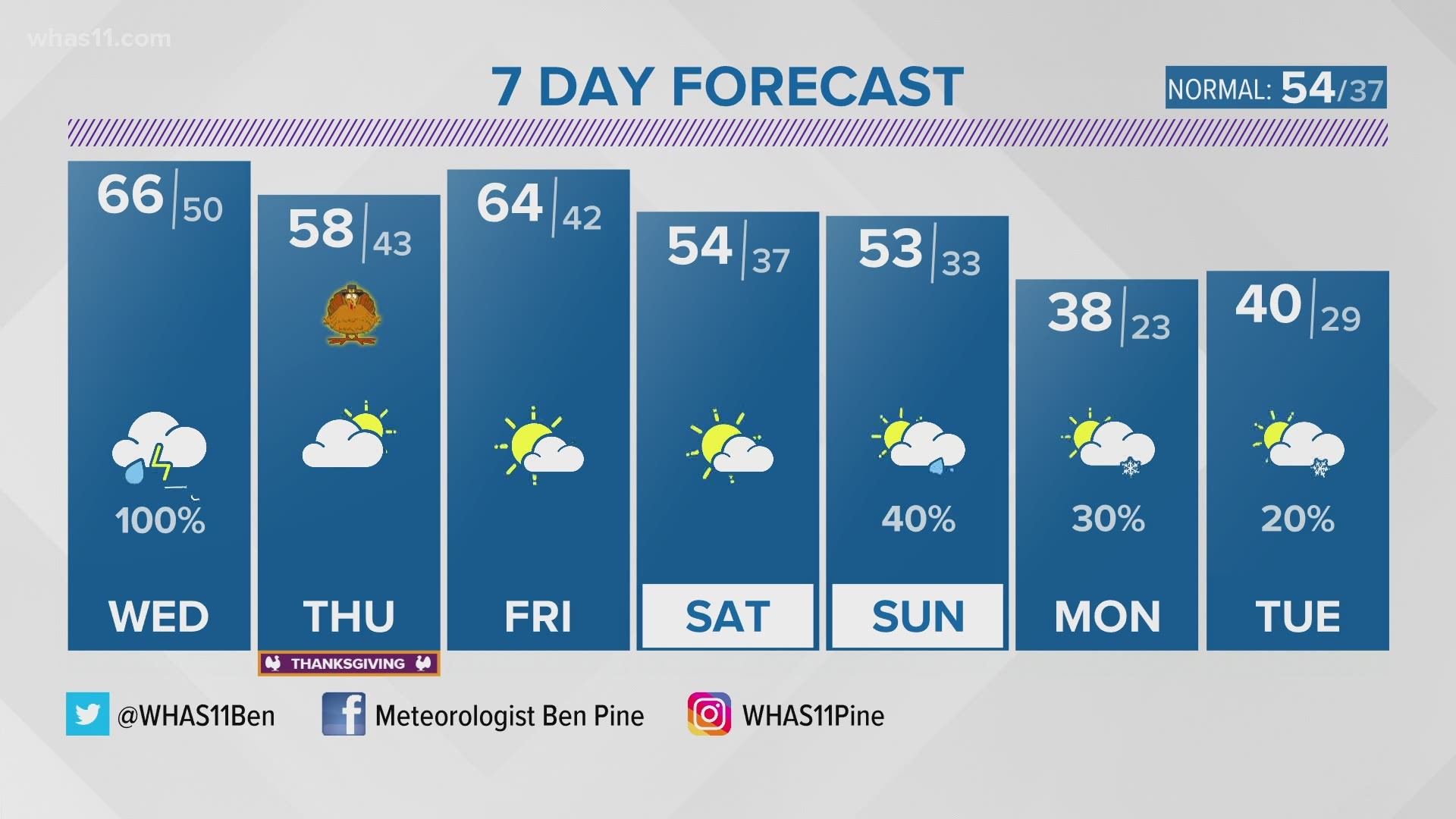 Without question 2020 has been an odd year in many aspects of life and it should come as no surprise that it is Thanksgiving week and we are just days away from December and we have yet to see or even mention anything about wintry weather here in Kentucky and Southern Indiana. That may change by early next week!

Much of the model data is indicating the coldest air of the season will arrive for as we close out November next Monday and kick off December on Tuesday. The question is will we see any snow flurries or snow showers along with it? There is potential, depending on your model of choice. The two major models, the European and the GFS (based here in the US) agree on the cold, but not fully on the precipitation, although they are lined up a little better today.

RELATED: A wet Wednesday on the way but better weather just in time for Thanksgiving

While the European has clouds and a few flakes flying late next Monday, the GFS is cloudy with the snow showers just to our east. Basically, the models have been jumping back and forth with how far north the moisture will get with a southern stream system just ahead of the expected cold early next week. Obviously as we draw closer to next week, the gap between them will close and we’ll see more of an in-sync solution but more than anything it just shows that it is time for wintry weather to enter the picture here in Kentucky and Southern Indiana.

Even beyond the early week cold, both major models have latched onto a cold, cut-off upper low over the Central Plains late next week, which could drift eastward and provide additional cold air and snow showers chances so that is something to watch as well!

Below are the averages as far as when we see our first flakes and measurable snowfall here in Louisville, so we are definitely a little behind at this point. Hopefully Doug Proffitt doesn’t get overly excited about next week’s snow potential since we’ve got all winter to pile up plenty of snowfall!