It's been a fast start to the 2020 Atlantic hurricane season. 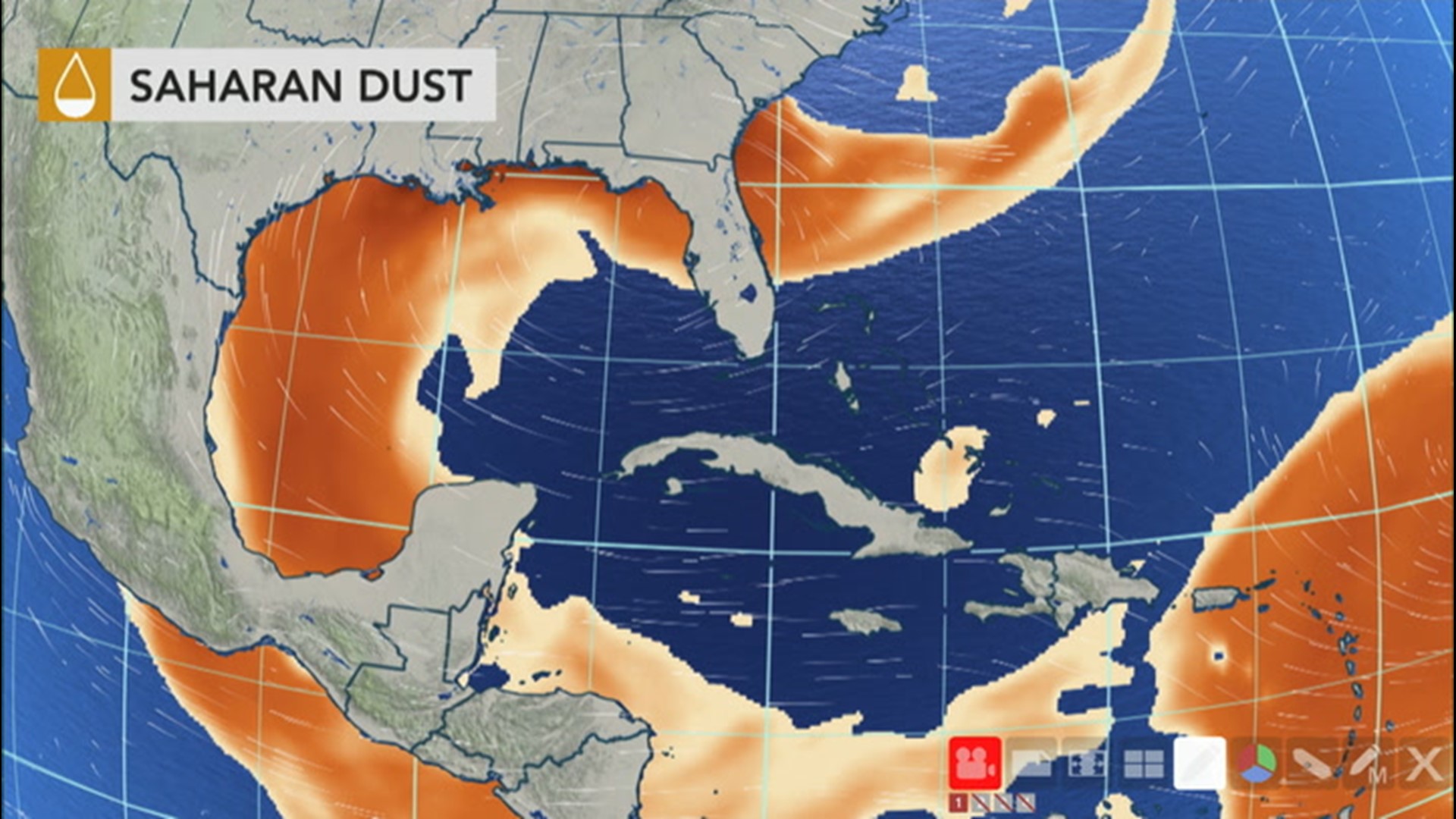 It's been a fast start to the 2020 Atlantic hurricane season, with four named storms already in the books and a new record for early-season development less than one month into the official start to the season. AccuWeather forecasters are now monitoring Atlantic waters for a possible flurry of new development during the first part of July, some of which could dampen the upcoming Fourth of July holiday weekend.

After Tropical Storm Dolly's demise in the North Atlantic, a mammoth Saharan dust cloud that emerged off the African coast and spread across the Atlantic garnered the attention of meteorologists and interests in the basin last week. The dust eventually shrouded the sun and led to hazardous air quality across the Caribbean Sea, Gulf of Mexico and southern parts of the United States, but now some of these areas will have to turn their attention back to the potential for tropical development.

"There are three main areas we will be monitoring over the next week and half," Accuweather's Lead Hurricane Expert Dan Kottlowski said.

The first is a cluster of showers and thunderstorms associated with tropical wave that was located nearly 900 miles east-southeast of Barbados on Monday morning.

"A tropical wave southeast of Barbados has started to show some signs of low-level rotation in satellite imagery and could still become a tropical depression," Kottlowski said. "However, it doesn't have much more time to develop, as it will run into strong upper-level winds and drier, dustier air as it nears the Windward Islands on Tuesday. This will prevent any further development of the system."

Regardless of further development, gusty winds and heavy showers are expected across the Windward Islands Tuesday night into Wednesday.

A second area for potential tropical development is tied to the evolution of a system bringing drenching downpours to the Northeast during the first part of the week.

When this happens, a second area of low pressure may form off the mid-Atlantic or Carolina coast and acquire some tropical characteristics. The formation of this system could closely resemble that of Tropical Storm Dolly, which developed off the East Coast on June 23, becoming the second earliest "D" named storm in the Atlantic.

The system could become a hybrid storm, meaning it attains both tropical and non-tropical characteristics, and it could be named a subtropical storm, according to AccuWeather Chief On-Air Meteorologist Bernie Rayno. This type of "homegrown" storm, which could brew just offshore of the U.S., is often what forecasters watch for early in the season, he added.

"The biggest threat with a system forming off the East Coast late this week could be increased surf and rip currents for some East Coast boaters and beach-goers just in time for the holiday weekend," AccuWeather Meteorologist Courtney Travis said.

Yet another area of concern will take shape along the Gulf Coast during the holiday weekend.

"Low pressure will slide southward from the Plains through the Mississippi Valley late this week, before turning east and skirting along the central and eastern Gulf Coast during the weekend," Kottlowski said.

This system is then expected to cross the northern Florida Peninsula and emerge off the Southeast coast early next week.

"Early next week, this could be another system that acquires tropical characteristics as it turns northeastward along the Southeast and Carolina coast," Kottlowski said.

Even though the extent of tropical development with this system is uncertain along the Gulf Coast, it will still put a damper on many Independence Day weekend activities in the South.

"Downpours will drench some trying to get outdoors to enjoy the holiday near the central and eastern Gulf Coast and across southern Georgia and much of Florida," Travis said.

"Thunderstorms will also pose hazards for boaters and those on the beach with frequent lightning, locally gusty winds and perhaps even a few waterspouts."

The next tropical storm in the Atlantic will be given the name Edouard. The last time the current list of names was used was in 2014. During that year, it took until the second week of September for the "E" storm to develop.

The earliest "E" storm on record in the Atlantic was clinched when Tropical Storm Emily brewed on July 12, 2005. Emily went on to strengthen into a powerful Category 5 hurricane on July 16, 2005 -- a feat which not only became known as the earliest Category 5 storm on record for the basin, but also the strongest storm in recorded history for the month of July in the Atlantic.

The 2005 Atlantic hurricane season was the most active on record in the basin and churned out a total of 27 named storms, 14 of which became hurricanes, according to the National Oceanic and Atmospheric Administration. The season is remembered for spawning some of the most destructive hurricanes in U.S. history, including Katrina, Rita and Wilma, among other notable storms.

Should one of the systems that forecasters are keeping a close eye on become Edouard earlier than July 12, this season would jump ahead of the pace of the 2005 season in terms of number of named storms so early in the season.

AccuWeather meteorologists have been predicting a very busy 2020 hurricane season for since back in March, and the latest forecast calls for up to 20 named tropical storms and seven to 11 hurricanes in the Atlantic.