Hurricane Lorenzo isn't a threat to land... for now

Hurricane Lorenzo is a juggernaut in the Atlantic Ocean but it isn't a threat to land yet. 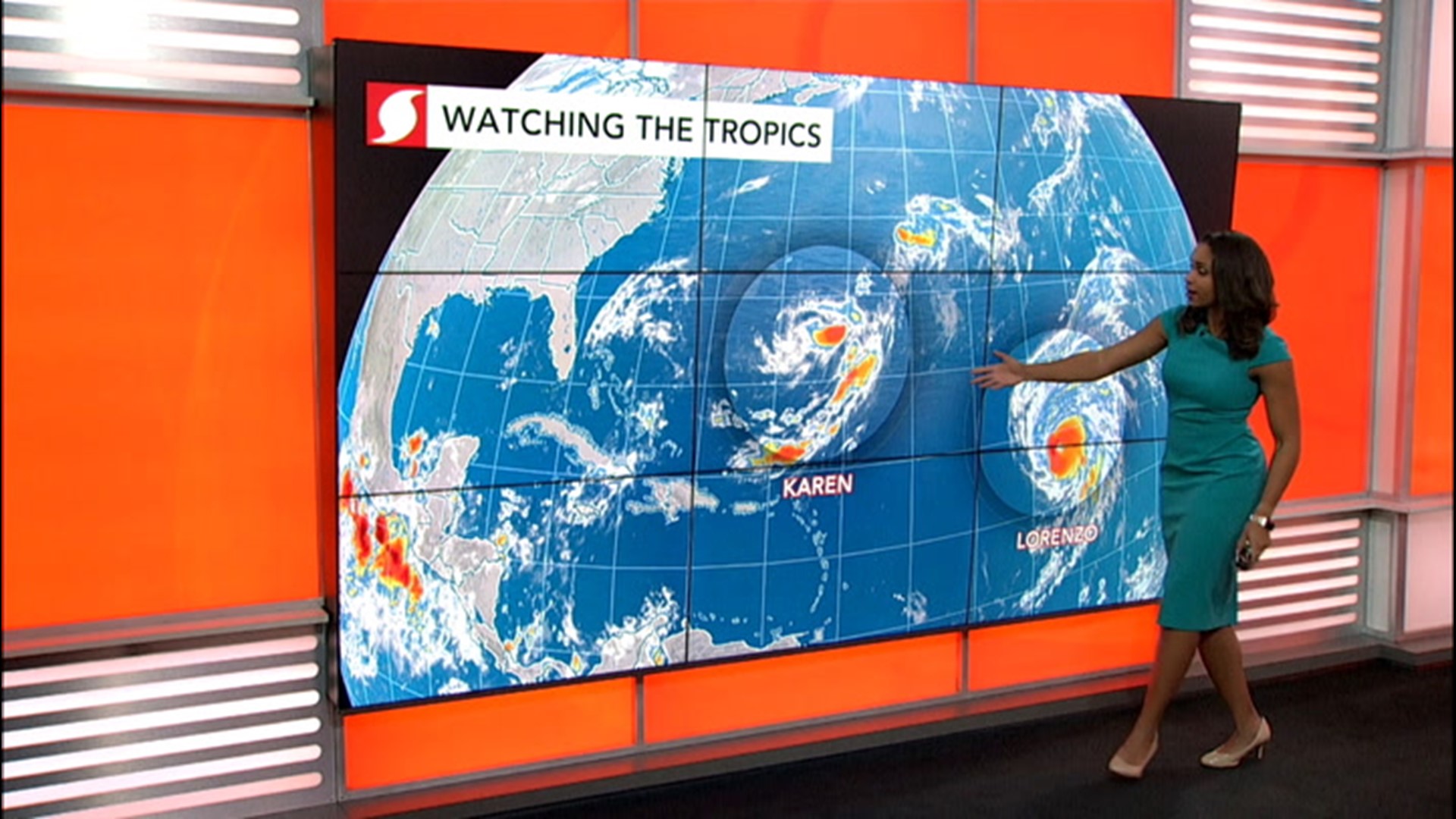 An intense hurricane is gaining strength over the Atlantic Ocean, but the storm is going largely unnoticed due to its remote location.

Hurricane Lorenzo, currently spinning over the central Atlantic, first became a hurricane on Wednesday, but by Thursday afternoon, it had rapidly intensified into a major Category 4 hurricane.

On Thursday evening, Lorenzo was packing maximum sustained winds of 140 mph, but AccuWeather Meteorologists believe that it could continue to strengthen and eventually become a Category 5 storm with winds exceeding 157 mph.

Although major hurricanes like Lorenzo are not rare in the Atlantic Basin, where it is located relative to its mighty force is very unusual. Lorenzo was officially declared a major hurricane at 6 a.m. EDT Thursday with maximum sustained winds of 125 mph. At the time, it was located at 39.3 degrees west longitude. According to Colorado State University Meteorologist Philip Klotzbach, only one hurricane on record was farther east in the Atlantic Ocean when it reached this strength, and that was Julia back in 2010.

If Lorenzo achieves Category 5 status, it would be the farthest east that a Category 5 hurricane has ever been observed in the Atlantic Ocean.

Despite being an incredibly strong storm, Lorenzo is churning over the open waters of the Atlantic and is not impacting any land apart from some rough surf along the Windward Islands. It is also disrupting to shipping lanes across the region.

However, this may change next week as it tracks to the north.

"Lorenzo may eventually be a threat to the Azores later next week," AccuWeather Senior Meteorologist Alex Sosnowski said. "The Azores are a group of islands in the east-central Atlantic Ocean."

After passing the Azores, Lorenzo will then track toward Europe and could impact areas like the British Isles. Lorenzo is the latest of a conga line of tropical cyclones to develop in the Atlantic and Eastern Pacific Oceans.

According to Philip Klotzbach, the Western Hemisphere, which encompasses the Atlantic and eastern Pacific basins, has generated 16 named storms since Aug. 21.