Beshear: Kentucky has enough gas if 'everybody stays calm'

AAA and other consumer agencies are forecasting increased prices in Kentucky and Indiana, but said there is ample supply. 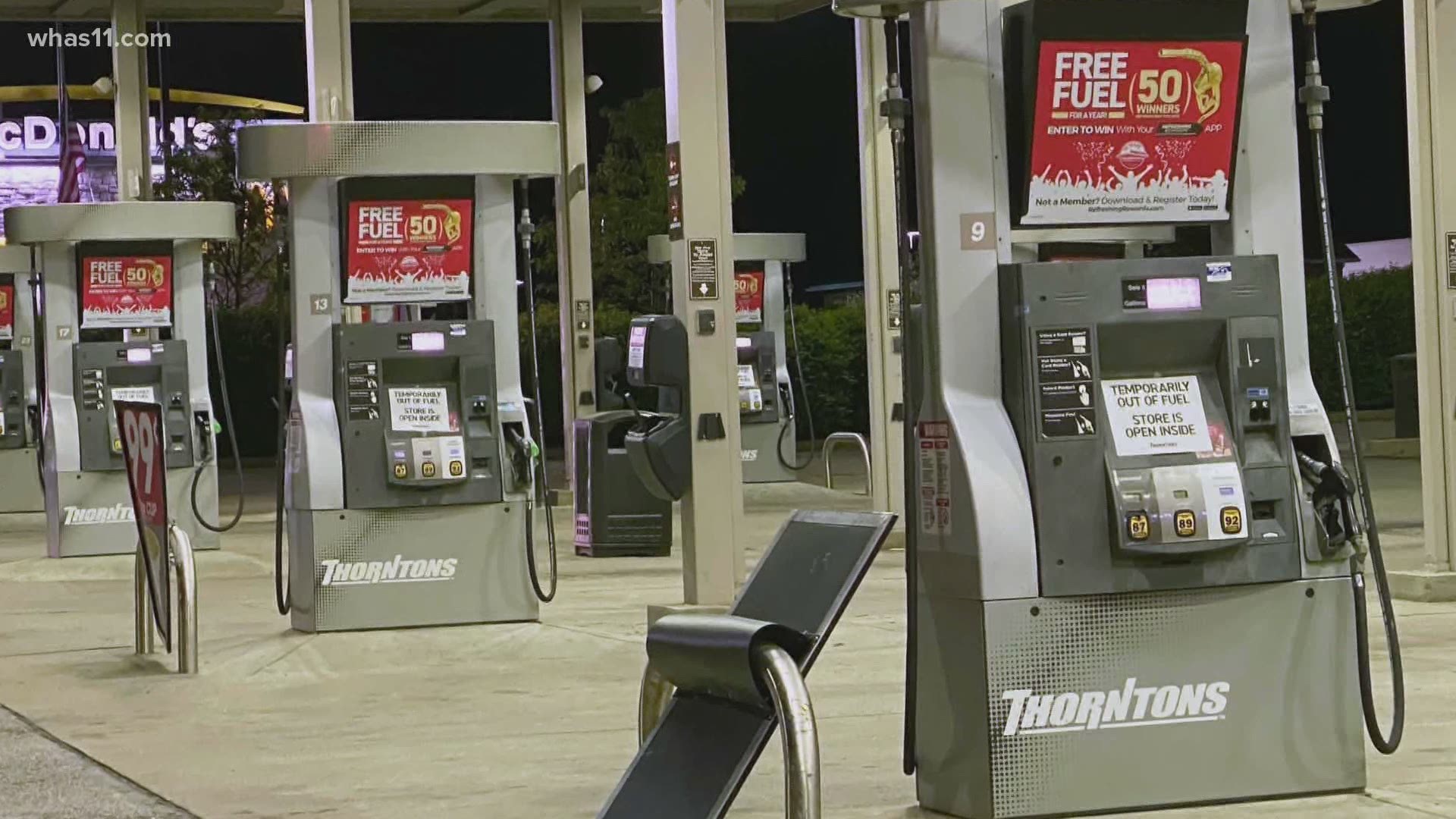 LOUISVILLE, Ky. — Kentucky officials say the state is not experiencing a gas shortage, encouraging residents to remain calm and not "panic buy" following a pipeline shutdown.

In a video message Wednesday, Gov. Andy Beshear said the state's infrastructure for gasoline supply remains good after Colonial Pipeline announced they were the victim of a cybersecurity attack.

The shutdown is mainly impacting the east coast, causing shortages in some states. AAA and other consumer agencies are forecasting increased prices, but said there is ample supply.

"Provided that, again, everybody stays calm and doesn't make a rush on your local gas stations, there should be enough for everyone," Beshear said.

“Many states are working in concert to minimize the disruption of fuel supplies,” Secretary Gray said. “Our Cabinet is doing its part to help ensure that needed relief gets to the affected areas.”

Thorntons, headquartered in Louisville, said in a statement that there is no shortage in Kentuckiana despite some residents reporting gas stations that reportedly ran out of gas.

"Thorntons has ample supply of fuel for the community and we are working hard to increase our deliveries to keep up with high demand," a spokesperson said. "We regret any temporary inconvenience to our Guests and encourage the community not to panic buy. All of our stores will be receiving deliveries today."

Beshear said if the state's supply changes, he will release more information.

RELATED: Where can you find gas in Kentucky and Indiana?