Lanes on I-264W will remain close for the next two hours, police say. No other injuries were reported. 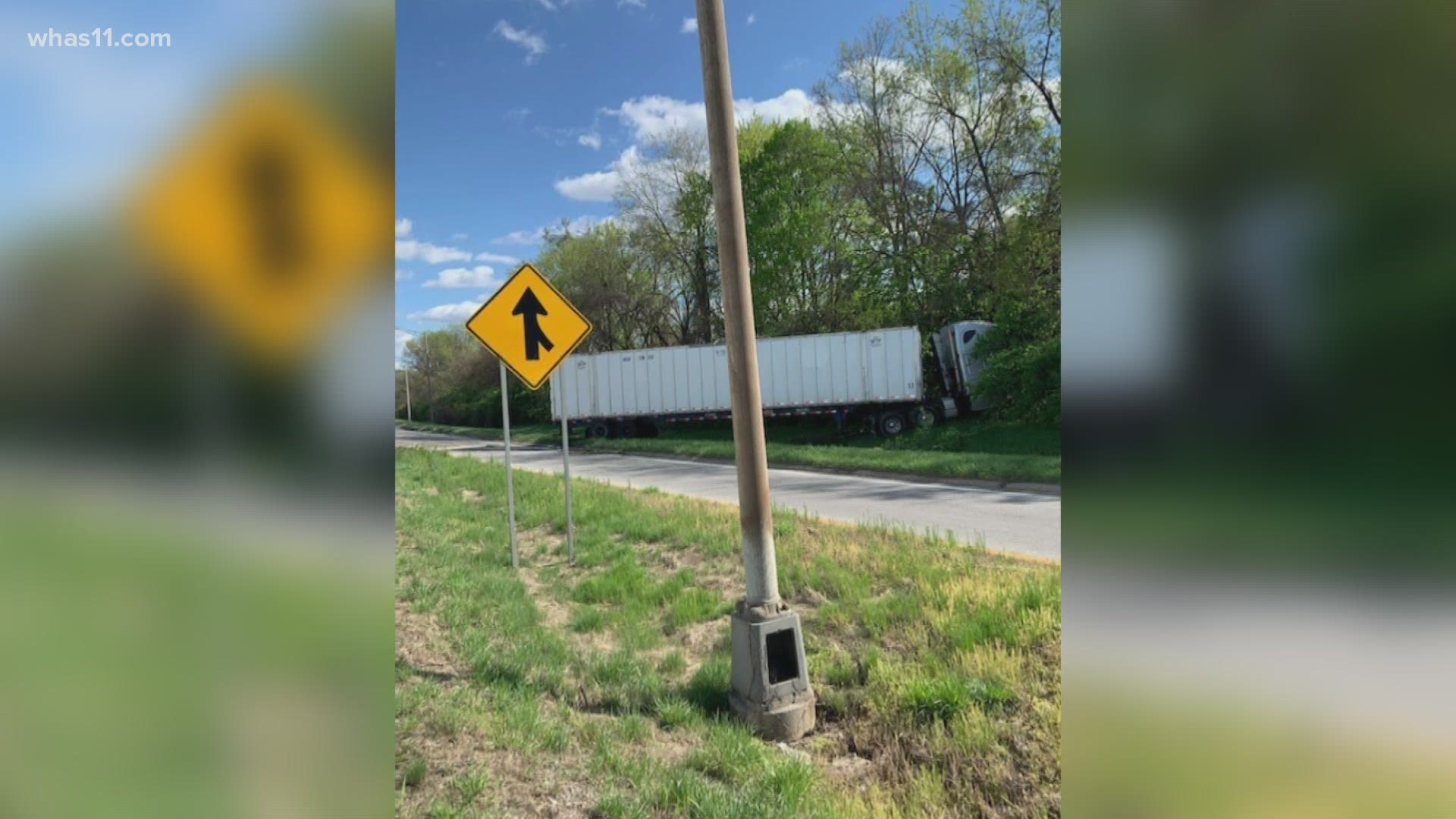 LOUISVILLE, Ky. — According to a release from the Louisville Metro Police Department (LMPD), a driver of a semi-truck is dead after a single car crash on I-264E.

Police say officers responded to a collision around 4:30 p.m. Thursday. Officers determined that a semi-truck driver traveling on I-264E struck a guardrail and a sign.

LMPD says the truck then veered back onto the roadway where the driver was ejected. The truck went on to cross the grassy median into I-264W lanes crossing the shoulder and coming to a stop in the tree line.

The driver was taken to University of Louisville Hospital in critical condition. LMPD said the driver later succumbed to his injuries in the hospital. Police say there were no other injuries.

Eastbound lanes on I-264E remain open, while one westbound lane has been opened the others are expected to remain closed for the next two hours.