LMPD officers said three vehicles were going east on the interstate, on Wednesday morning, and crashed. 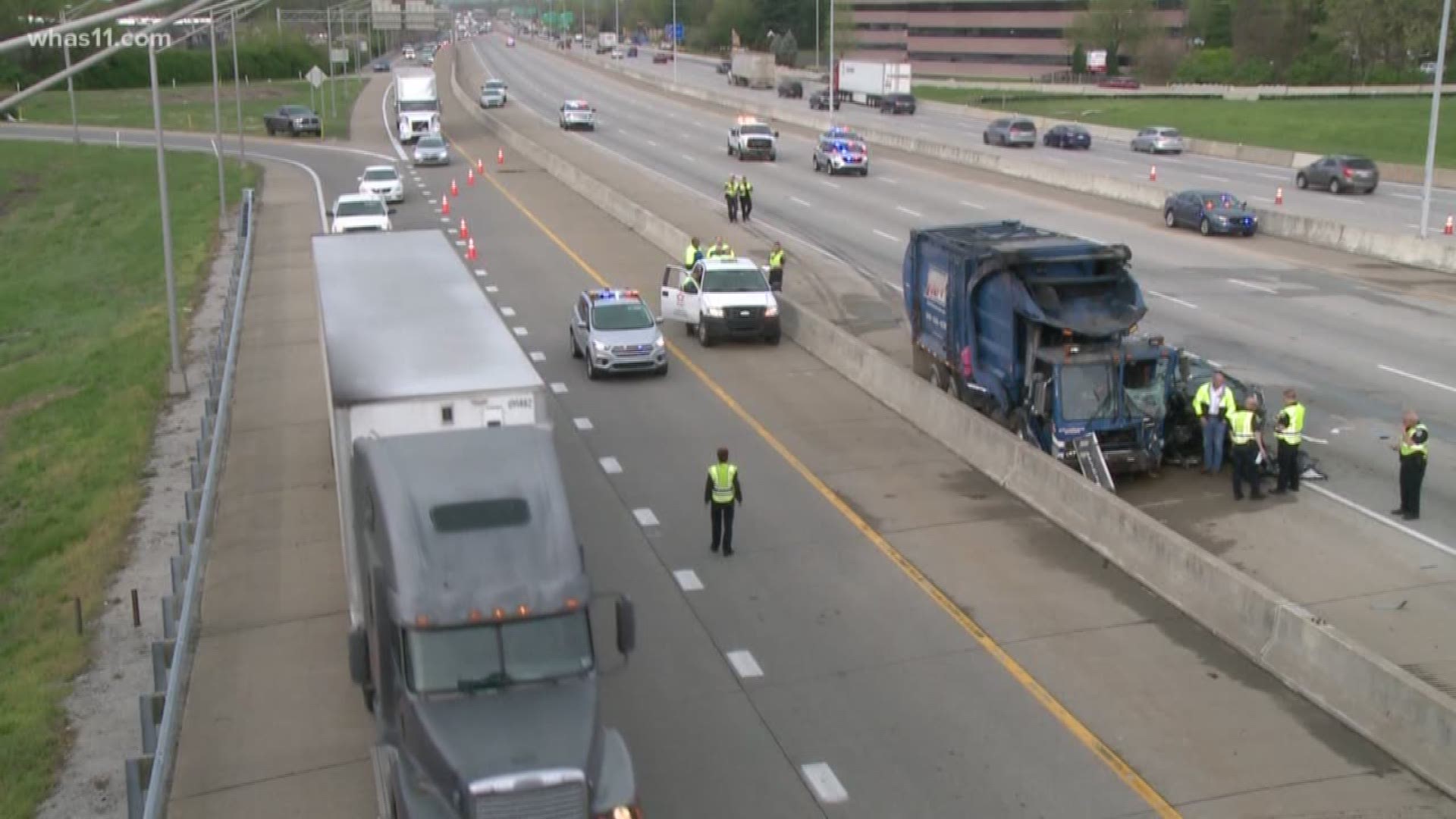 LMPD officers said three vehicles were going east on the interstate, on Wednesday morning, when a garbage truck hit the rear of a minivan, which then hit the back of a beer truck.

They said the woman driving the minivan died at the scene. The other two drivers were not injured.

The crash is under investigation.

Traffic was backed up for multiple hours as crews worked to clear the crash.