‘There is more than one way to be a parent’: Couple adopts 6 kids after struggling with infertility

Andrew and Sabrina's children were a dream come true. 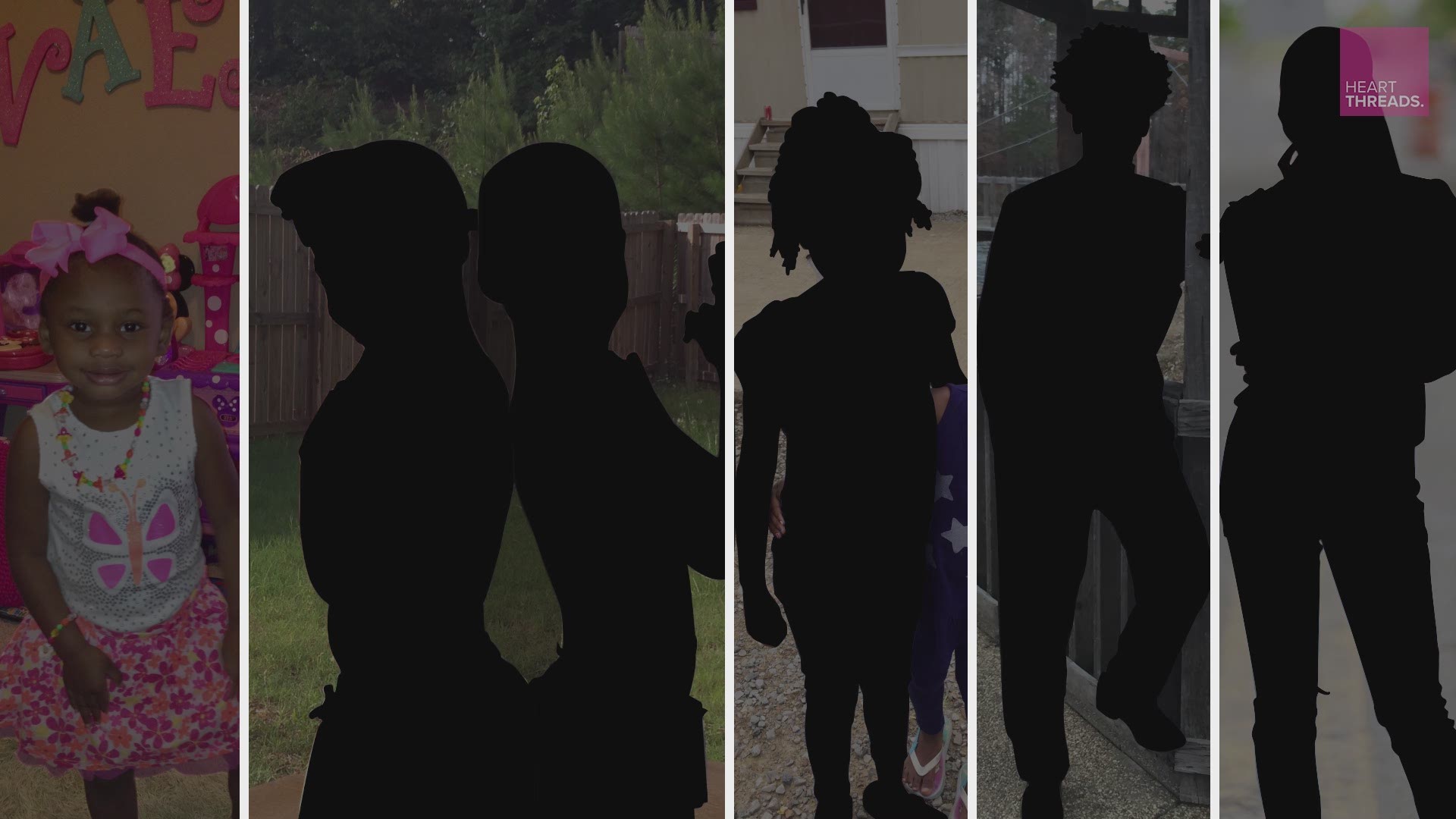 LITTLE ROCK, Ark. — Andrew and Sabrina Rodgers stood in their new nursery, hovering over the crib.

They watched their baby girl, Nevaeha, as her chest rose and fell. She was sound asleep in a onesie adorned with the words, “I’m a Dream Come True.”

To the Rodgers, Nevaeha is exactly that: a dream come true.

Sabrina bought the onesie years before during the couple’s struggle with infertility. It symbolized her faith in knowing they would one day become parents despite multiple rounds of unsuccessful IVF and a miscarriage.

When doctors deemed them infertile, Sabrina and Andrew were distraught. Distraught, but not without hope.

Opening their home and hearts

On 2012, they became parents when they adopted 9-month-old Nevaeha. But they had no idea she was just the beginning.

In adopting their first baby girl, Andrew and Sabrina learned many lessons that come along with parenting. They also realized how many children need homes.

This realization, along with Andrew’s desire to have a son, inspired them to expand their family. With the help of an Arkansas adoption coalition, Project Zero, Andrew and Sabrina began their search for their next child.

That’s when they found 5-year-old Dillen and 6-year-old Landen. Just looking at their photo, Andrew knew that the boys were his sons.

But Dillen and Landen’s adoption process was much different than Nevaeha’s. The boys had two prior adoptions fall through. The adoption agency warned Sabrina and Andrew the siblings were “rough” and suggested they only adopt one of the boys.

That wasn’t an option for the Rodgers.

“I wanted to find somebody who felt like the world had given up on them and be able to share [the love] two people had found and pour it into them,” said Andrew. “We knew that love could fix it because if everybody continued to walk out of their lives, they’d never get to experience love.”

Just like that, the Rodgers grew from a family of three to five.

From a family of two to eight

The once empty and silent home was filling up… with boys. Sabrina decided Nevaeha needed a sister.

So they returned to Project Zero and were matched with 4-year-old Indyia. She had bright beautiful eyes, curly hair and two older siblings.

Looking at graphs of babies versus teens available for adoption, there's a dramatic difference. After age eight, the adoption rate plummets for children. According to the U.S. Department of Health and Human Services latest adoption and foster care analysis report, children between one to three years have around a 14 percent chance of being adopted. That rate decreases as the child ages. Children in their mid to late teens only have around a three percent chance of being adopted.

Indyia‘s older siblings, Ka’Liyah and Andrew Jr., were right in that range. At 13, Ka’Liyah was both the oldest and the self-described “mother” of the three. She never thought she would be able to bestow her maternal crown to another.

“I was really hopeless because I was always thinking, ‘No one wants to adopt teenagers. No one is going to want me,’” said Ka’Liyah.

When the adoption coordinator told her a couple was interested in adopting her, her brother and her sister, she was shocked. They arranged to meet Andrew at Big Orange, a popular burger restaurant.

“That very moment and that day, [Andrew] claimed us like, ‘This is my son and this is my daughter,’” recalled Ka’Liyah.

After four years of foster care and separation from her biological siblings, Ka’Liyah received both peace and much-needed love. Sabrina and Andrew adopted all three siblings.

With three boys and three girls, Andrew and Sabrina’s family was complete.

Their family may have come together a bit differently, but Andrew and Sabrina’s days are still filled to the brim with the normal but hectic schedule of school, football practice, prepping lunches and play dates.

“We have a saying, ‘You call it chaos, we call it family.’ It gets crazy,” said Sabrina.

But small things like having a key to the house, celebrating Father’s Day and sharing family nights together are especially meaningful to every member of the Rodgers family.

“We lay on the couch, watch movies, pop popcorn, play games, pray together… those things are free and they mean a lot,” said Sabrina. “Some days are crazy, but then it’s just like, ‘I love you guys. I’m very thankful that God chose us to be your parents and you to be our children.’”