In this shelter, people come and go as they please, with the people they choose and can even bring their pets. 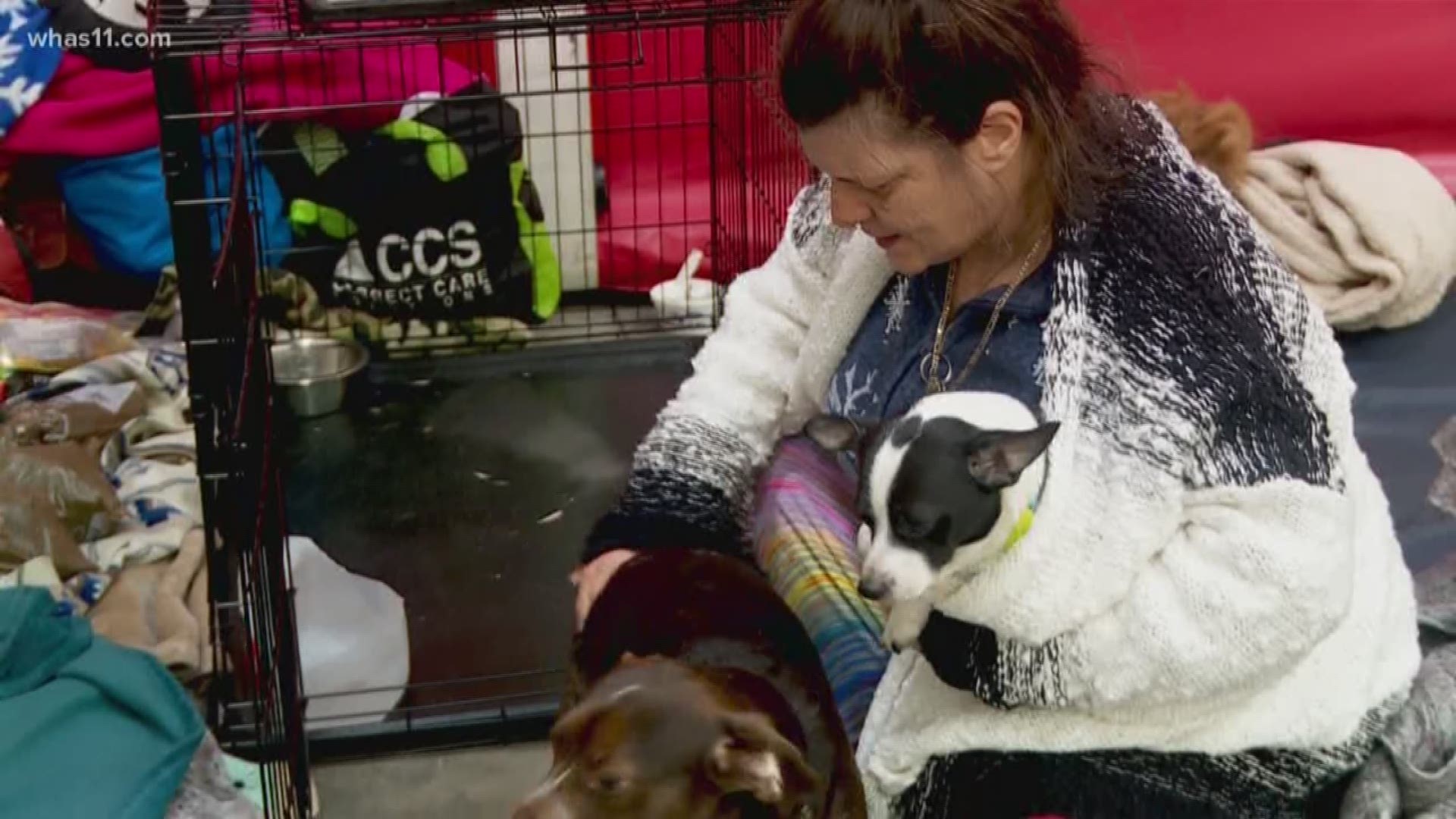 LOUISVILLE, Ky. — A new homeless shelter in Louisville is welcoming people in a way no one has before. It's called “low barrier” and is functioning inside the gym of Wayside Christian Mission.

WHAS11 was first to show you how a low barrier functioned in Cincinnati. That was before Metro Council agreed to designate more than $500,000 from the surplus budget to helping the homeless.

The council money will fund four new shelter options. One of the shelters is at the Healing Place and serves men. Two of the other shelters will be providing housing and food to families, but this shelter is the only one of its kind. It serves a population not typically allowed inside shelters—those with partners and pets.

"For the most part it’s been ok. It’s good to be able to get out from outside, to come in and be comfortable with the animals and her,” Michael Prescott said.

Prescott and his wife have spent the last three nights sleeping together in the shelter, next to their dogs.

"That meant the world to both of us,” his wife said.

In this shelter, people come and go as they please, with the people they choose and can even bring their pets, if they don't cause harm to themselves or someone else.

"We just want everyone to feel safe and secure while they're able to work on housing or other needs in their lives,” Nina Mosely, Wayside Chief Operating Officer, said.

Mosely said her staff are monitoring the shelter closely and the city is providing case workers to help people who want to explore housing options.

Those who come in are provided with a mat, clean towel and soap for the shower. Many people bring their own bedding. The hope is eventually funding will allow for bunk beds, which would expand the capacity past the current 100.

"It does not serve every person,” Wendy Manganaro said.

Manganaro is a homeless outreach volunteer with Fed with Fed, serving more than 200 people on the city streets every week. She said this space and the others won't be enough to meet the need. The low barrier shelter is full most nights.

"It’s a bigger band aid and I’m grateful. I'm grateful that there's 100 less people sleeping outside tonight,” she said. “This is a start but that's it. A start."

Manganaro said she'd like to see the city approve an outdoor campsite for the homeless who don’t want to go inside. It’s something she will be suggesting at the next homeless task force meeting later in January.

The low barrier shelter is approved to continue functioning until the end of June.