The junior transferred to UK from Penn State. 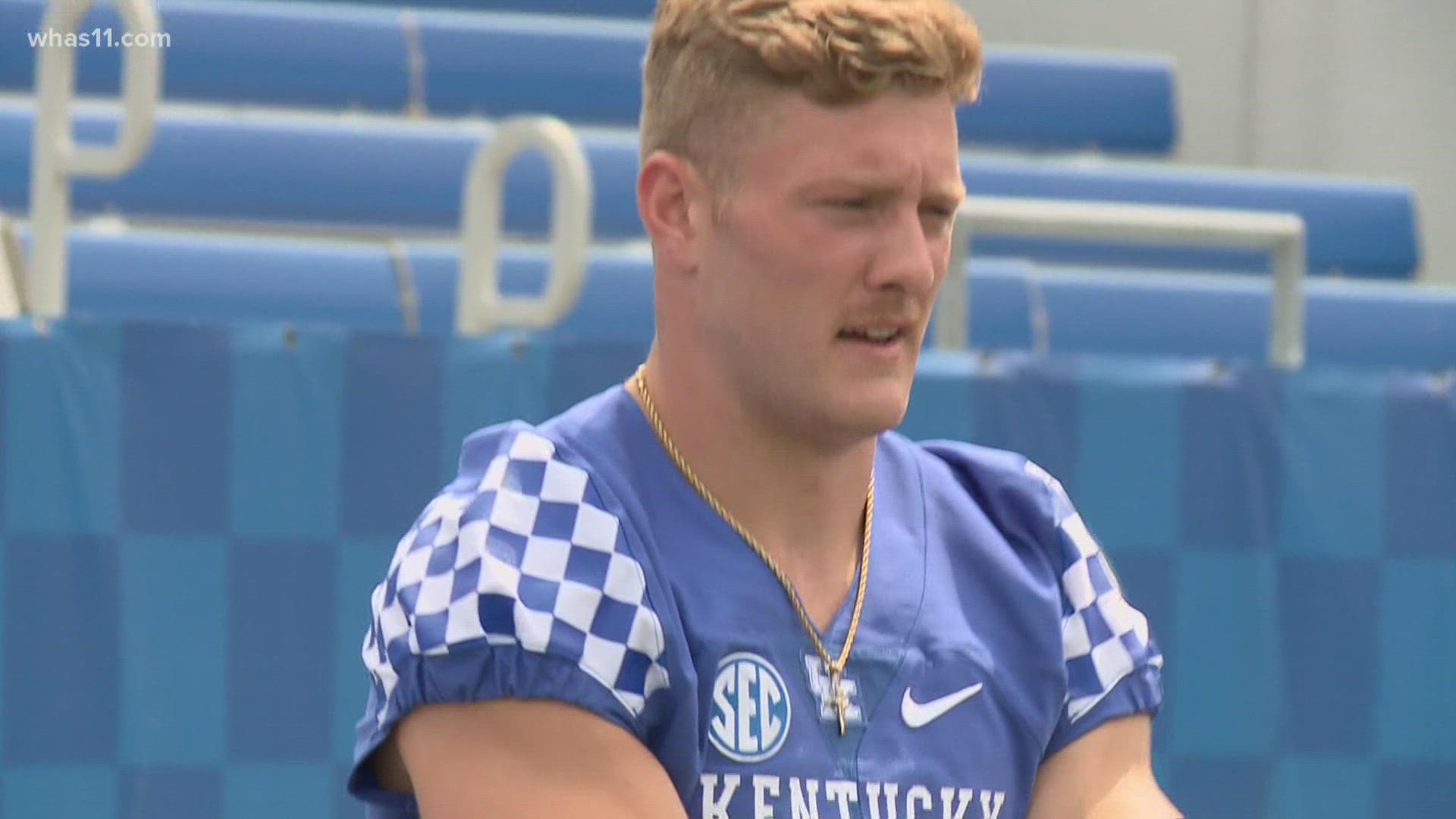 Levis came to Kentucky from Penn State, where he played in 15 games. He threw for 644 yards and three touchdowns with two interceptions while completing 59.8% of his passes. The Nittany Lions also utilized his legs, as Levis rushed 133 times for 473 yards and six touchdowns.

"He's been extremely efficient at running the offense," Stoops said of Levis. "He has a lot of talent and he's been doing some things very good. He's been very efficient. He has unbelievable arm strength and he's a big, strong guy. He won the job."

Here's the full answer from Stoops when asked what stood out about Levis to name him the starter: pic.twitter.com/H6jB0EpvvH

Stoops said Beau Allen will serve as the backup quarterback while Joey Gatewood informed the head coach he plans to transfer. Gatewood, whom Stoops said he met with separately after meeting with the Wildcat quarterbacks to inform them of the decision, transferred to Kentucky from Auburn.

"I told him how much I appreciated how hard he's worked," Stoops said of Gatewood. "And I know he's been through this before. So I knew it would be an especially tough, tough decision, not what he wanted to hear. And so we had that discussion. He handled it completely professional."

Previously, Stoops had mentioned how he wanted to emphasize getting this decision right as opposed to making it quick. But he said he feels very clear about it

"We were ready," Stoops said. "It was the right time. And also, if I knew this is the decision we were going to make, I wanted to give people like Joey the opportunity to transfer and go somewhere. If you wait another week, then he's trapped here."

As UK moves forward with Levis, his relationship with new Wildcat offensive coordinator Liam Coen continues to grow. Coen recruited Levis some out of high school and was instrumental in bringing the quarterback to Lexington. After missing spring practices, Stoops noticed how quickly Levis has been picking up a new offense.

"It doesn't surprise me," Stoops said. "He's a hard worker. He's unbelievably talented. The operation is very smooth for a guy that hasn't been here very long."

"His presence is felt immediately. He's a very mature young man and very intelligent. He has a great presence about him. He has great command."

Of course, there's some work to still do before Kentucky kicks off at home on Sept. 4 against Louisiana Monroe. After UK's first scrimmage on Saturday, Stoops had mentioned the offense needed a better grasp of Coen's new offense, which promises to throw more and bring more of a pro style to the table.

"The operation is important," Stoops said. "We huddle and that's very different in college football right now. But they still have a great sense of urgency. We still operate fast. I love the approach that Liam has and the different tempos that we could go with. But that takes some time, just the terminology alone."