The first African-American captain in any sport in the SEC now has a liberal arts degree. 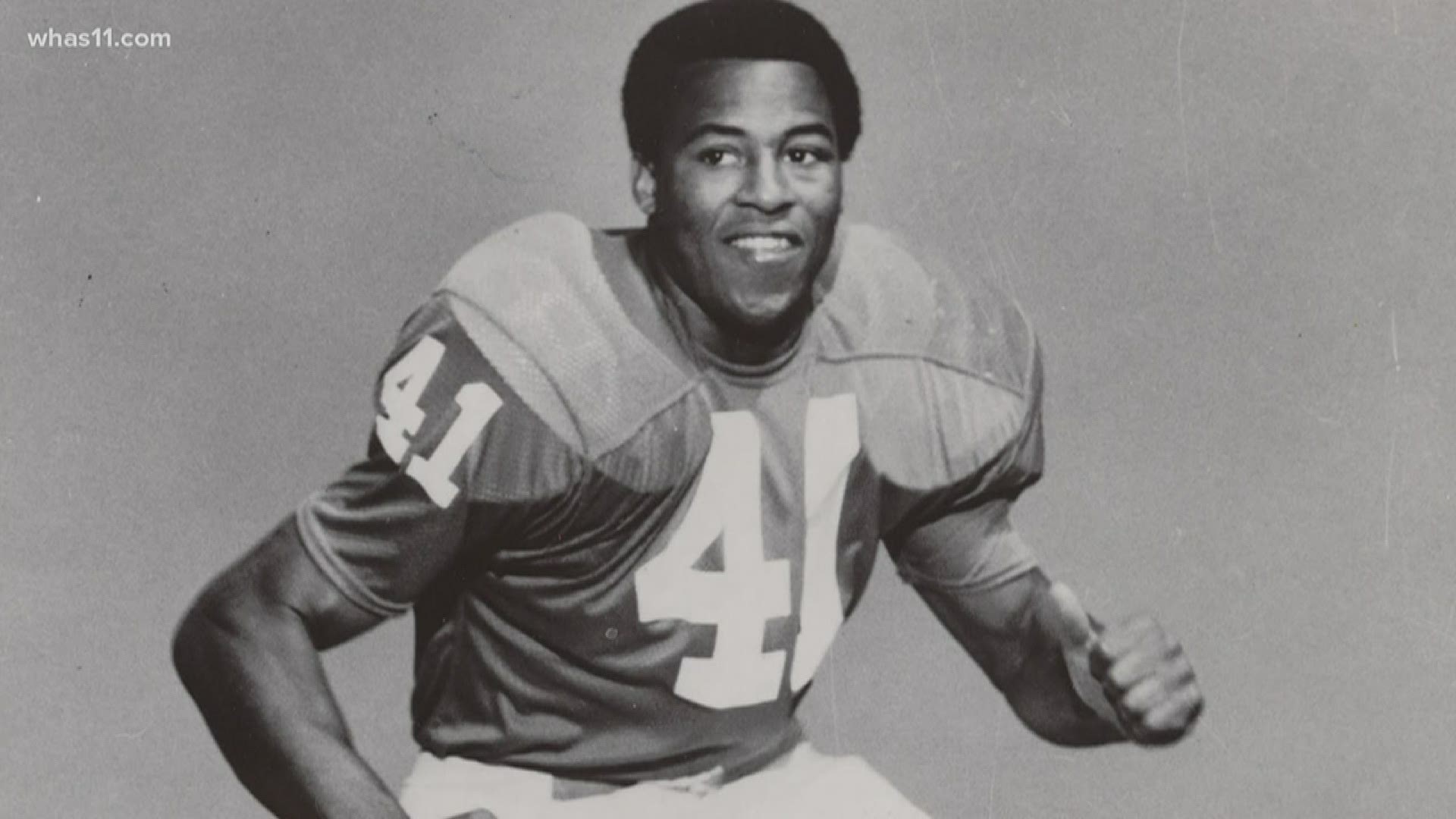 LOUISVILLE, Ky. — COVID-19 prevented a formal ceremony that's been 53 years in the making for Wilbur Hackett. But it didn't stop the legendary former University of Kentucky football player from celebrating an accomplishment.

Hackett's family surprised him with a drive-by ceremony for his graduation from UK. Neighbors, friends and relatives from all around came to Louisville to congratulate the former Wildcat football player on adding to a trailblazing legacy.

"Part of my drive was finishing what we started 53 years ago," Hackett said.

He was one of four players, along with Nate Northington, Greg Page and Houston Hogg, to help break the color barrier in the SEC. They are honored with a statue near Kroger Field. Hackett became the first African American captain in any sport in the conference and Kentucky's co-MVP in 1969.

"I went to UK on a football scholarship," Hackett said. "But it got to the point where making it day to day was the toughest thing. A lot of social injustice, a lot of differences, the hardships that I encountered. I thought about leaving school. And just like getting my degree, I thought about giving up on it."

Instead, he pushed forward. Hackett went on to a successful career with Toyota while also spending time as a college football official. Over the years though, one thing nagged him.

"I talk to different groups and I talk to my grandkids about the importance of education," Hackett said. "I almost felt like a hypocrite."

So in a conversation with UK president Eli Capilouto, he shared a fact about those four famed men outside of Kroger Field.

"Of those four men, none of us had graduated from UK," Hackett said. "And I wanted to graduate from UK."

Kentucky athletics director Mitch Barnhart then contacted the UK Hall of Famer and told him the athletics department would pay for him to finish his liberal arts degree. With that, he even got to graduate in the same class as former Kentucky basketball star Nazr Mohammed, a relative of his.

And whether it was to be that or a trailblazer, the motivation stayed the same over 53 years.

"I was driven by the determination to make it," Hackett said.

RELATED: University of Kentucky to reopen campus in fall