Head coach DaMarcus Smith was able to help Stephens by drawing from his injurie experience during his time at Seneca. 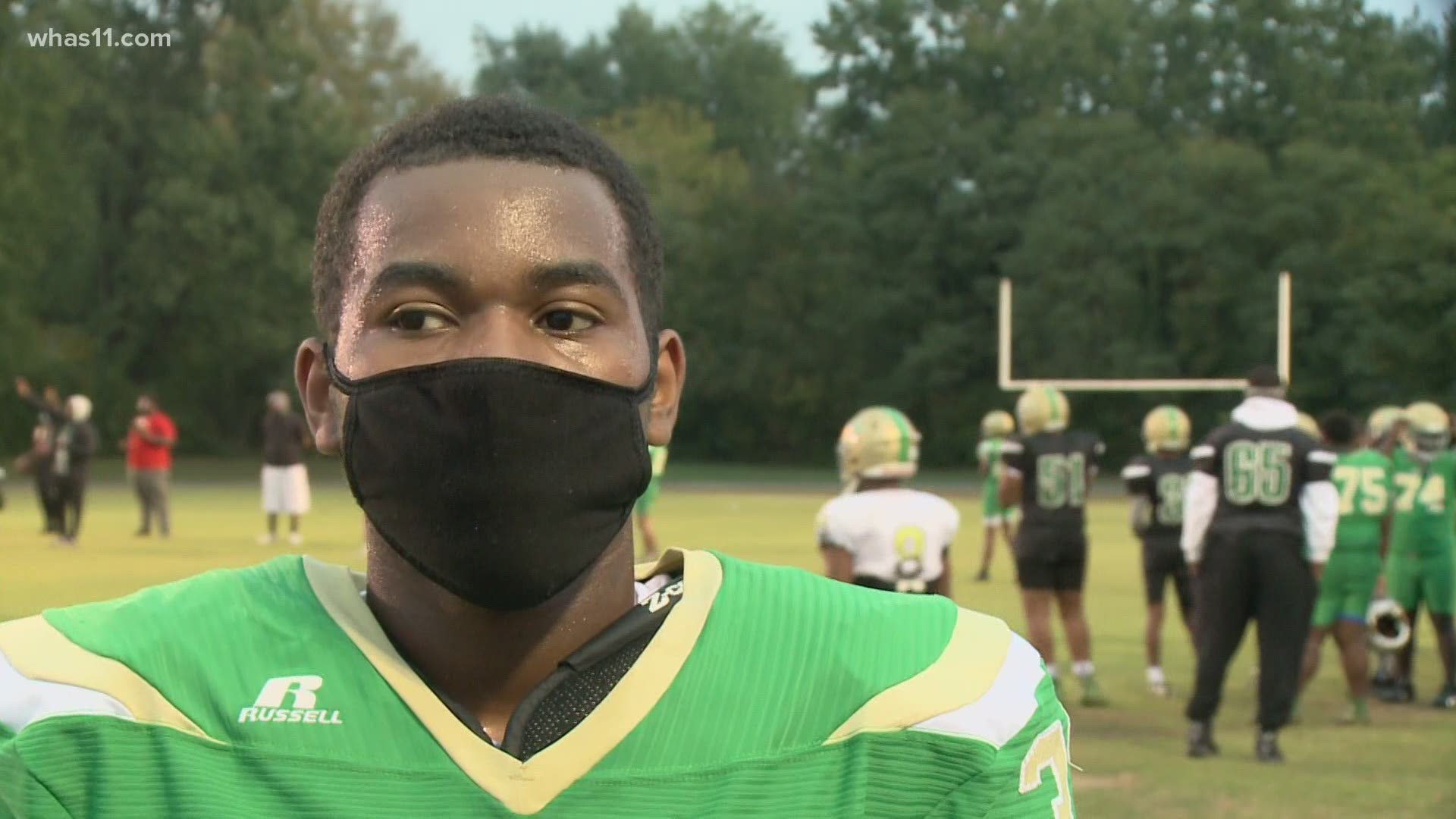 LOUISVILLE, Ky. — So often, people focus on how a player's body recovers after a major injury. What many don't understand is the mental challenges that come with returning from injuries.

Western High School's Larrmonye Stephens didn't know what it would be like until his first injury last year — a season-ending ACL tear.

In his first season with Western, Stephens had already established himself as a leader. Coming back as that same player, though, was a difficult task.

"You look at it as you won't be the best player no more," Stephens said. "I had a lot of players looking up to me. They was disappointed in me getting hurt, too. So it was pushing me to work hard on my recovery."

The senior linebacker said he fully lost confidence, learning to believe in himself again.

"I lost confidence in how I played on the field, my speed," Stephens said. "I had to build myself on working back on my emotions on my legs and keep myself going again."

Helping Stephens was Western's new head coach, DaMarcus Smith. Smith said he remembered watching Stephens early on and being confused about his play.

"It didn't even hit me until I actually got around and heard some of the kids talk about how he's looking good and he didn't even have surgery or anything," Smith said. "I'm like, 'Surgery?' I was like, 'Okay, alright.'"

The former Seneca High School star quarterback then drew on his own experience.

"I had an ACL injury in high school, and I know how those injuries go," Smith said. "A lot of the time with kids and good athletes, you can come back better."

Smith helped Stephens work through the mental hoops of returning to the field during the preseason.

"You got to set it in your mind that you're going to come back healthier and mentally, you have to know what to do to get there," Smith said.

It helped, Smith said, that Stephens was one of his players that never missed a voluntary workout before the season began.

"We was working actually way before football season started," Stephens said. "So it was getting me better as a player. Actually, I feel better than I was before."

Smith said he star linebacker has bounced back and had a great start to a season plagued by COVID-19 disruptions.

"He's playing great, having a terrific senior year," Smith said. "He's done a lot with the way he leads as far as his actions. Being a young coach, I'm already thinking of how we're going to replace that."

And Stephens said he'll take the lessons Smith taught him beyond his senior season.

"No matter what happens, you got to get back and recover as fast as you can," Stephens said. "Don't ever think you can't be as good as you was."

RELATED: 'It's like playing in the backyard': Brothers from Congo hope to bring Butler Soccer a region title