Capitals win Game 1 in OT; quickly turn focus to Game 2 of its playoff matchup with Bruins

Caps unsure of who will be goaltending for Game 2, but preparing for another physical meeting Monday night with the Boston Bruins. 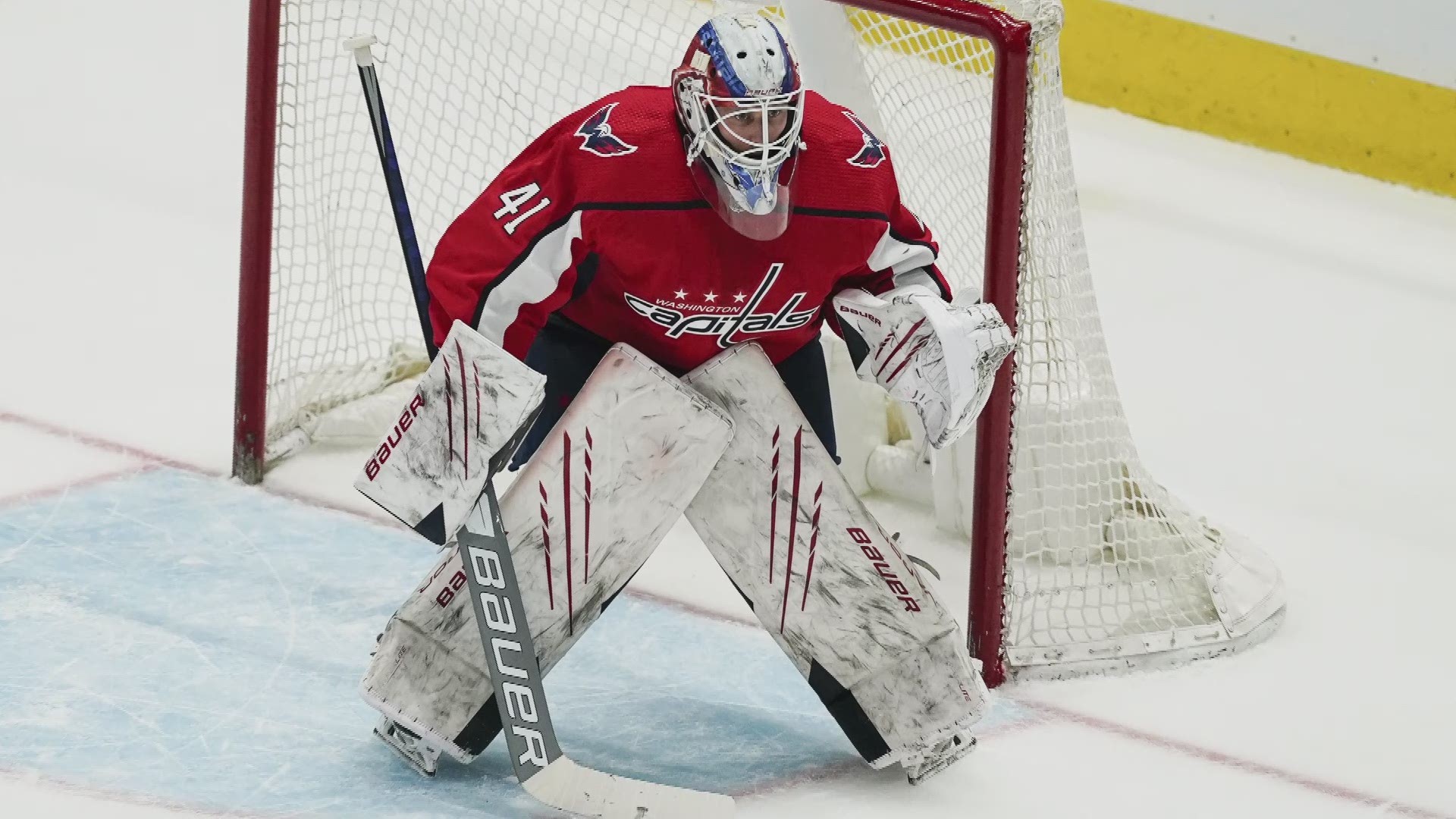 WASHINGTON — Washington gave 5,333 fans something to cheer about as they defeated the Boston Bruins in overtime, 3-2 on Saturday. It came after the Capitals battled through the loss of starting goaltender Vitek Vanecek to injury early on.

The Capitals now take the early edge in the best of seven series, thanks to Nic Dowd's tip-in, 4:41 into overtime.

Vanecek left the game with a lower-body injury in the 1st period. It's unclear if he will be ready for Game 2, Monday night.

The Capitals are already without a goaltender. Ilya Samsonov was on the COVID-19 list. Craig Anderson came into the net for Vanecek. Anderson, who turns 40 on Friday, had not played in a postseason game since 2017. But Anderson's 21 saves helped guide the Capitals to victory.

Anderson joked about this being his first playoff appearance in four years saying, "Well I guess you could say I'm well rested for this." He then followed up with, "I think it's one of those things that coming into the year, that I knew my position, I knew the role I was asked to do and when opportunity knocks you make the most of your opportunity," said Anderson.

Capitals head coach, Peter Laviolette, was pleased with Anderson's performance saying: "Anderson has answered the bell really his whole career, but he's answered it for us when we've really needed him. He truly epitomizes the concept of working hard every day so when you get your opportunity, you're ready and that's exactly what he did."

While Samsonov has been cleared to play in Game 2, Coach Laviolette says he's not sure if he will put Samsonov in the net after he's been off the ice for nearly two weeks. Vanecek is listed as day-to-day, and Laviolette won't know if he's ready to play until later Monday. If the Capitals go to Anderson again, Laviolette is confident in his abilities.

"We are really happy in the way Anderson has played for us, in the games he's played. You're talking about an experienced goaltender who has been there and done that. He has excellent numbers in the regular season and the postseason," said Laviolette.

Game one was a very physical game. The Capitals tallied 51 hits, and that's a number that doesn't surprise Laviolette. He likes the physicality of this series.

"They've been physical games. They're a big, strong team and they play physical. They've got some lines that bang, and I think it's as expected," said Laviolette.

Capitals captain, Alex Ovechkin, echoed Laviolette's remarks, saying: "I think you can see it was a physical game, and both teams had really good chances. I think it's going to be like that the whole series."

Ovechkin had missed several games leading to the playoffs, but showed he was healthy and ready to go Saturday.

" He was physical, he was skating hard, and he was trying to make plays. You can tell with a guy like Alex, when it's playoff hockey that his gear changes, he went up, and he was effective," said Laviolette.