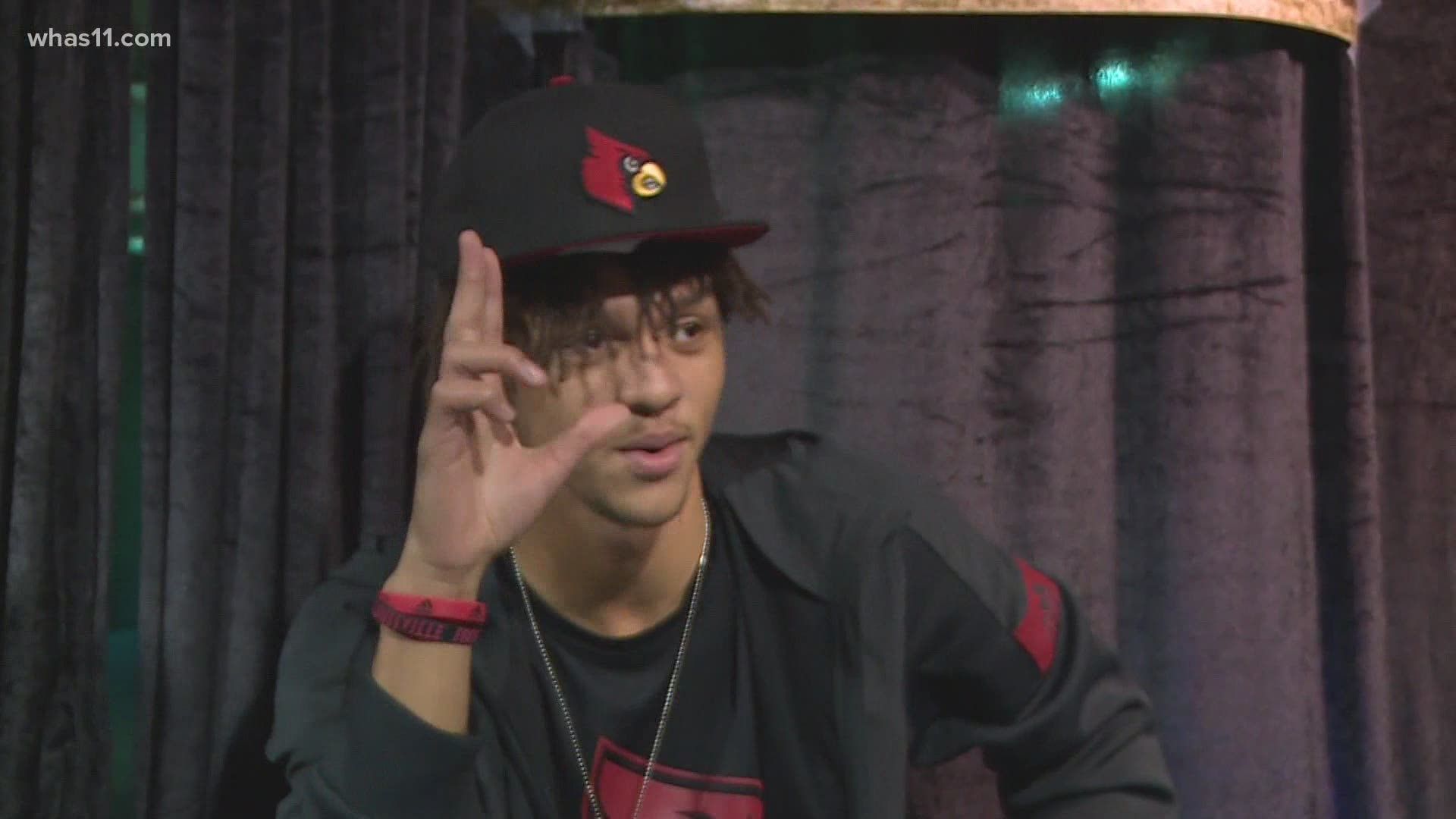 LOUISVILLE, Ky. — It was September of 2018. And Andrea Angelini felt like her family had killed an audition for Family Feud.

"We were given positive feedback and they said, 'Hey, we really like your family, expect to hear something," Angelini said.

But they didn't. She had brought her mother, brother, sister, nephew and son, Louisville football safety Josh Minkins, to try and make the show.

And the wait only got longer.

"Come 2019 we're like, there's no way they're going to call us at all," Angelini said. "We really got discouraged because we saw families that we auditioned with that were actually being shown."

"We have a family group chat," Minkins said. "So we would always text randomly like every other month or week. We'd be like, 'Here goes another opportunity.'"

"We had kind of just moved on with our lives," Angelini said.

Fast forward to January of 2020. That's when their call finally came: Their audition had gone as well as they thought.

Initially, that wasn't going to be a problem. Everyone decided March 8-11 would be when the family would fly to Los Angeles for taping. And as the year went on, Minkins's athletic prowess got in the way.

The Cardinal freshman was a senior at Ballard High School trying to help the boys' basketball team get to Rupp Arena for the state basketball tournament. And he had to play that weekend.

"Our idea is, no one wins when the family feuds," Angelini said. "We were like, 'Okay, is this a real feud?'"

"It was a tough decision," Minkins said. "But I'm a 'putting my team first' guy. I didn't want to let them down. And also, I don't want to let my family down because I knew the opportunity we had."

So he stayed back and played. Ballard ended up losing to Male, missing the state tournament, which was canceled due to COVID-19.

Meanwhile, in Los Angeles, Angelini's brother had taken Josh's place. And the family had to audition again.

"Now, you're on the stage," Angelini said. "Now the lights are shining. Is your family good enough to still do this?"

They were and there was still much to learn. As the family's captain, Andrea took away a couple of key things. First, host Steve Harvey is genuine and welcoming.

"He is a nut," Angelini said. "He is everything you can imagine. You find yourself calling him Uncle Steve. He walked past and I said, 'You smell so good.' He's just so groomed and just so tailored and put together."

And second? The Feud leaves you famished.

"The hardest thing was being hungry," Angelini said with a laugh. "You are sitting there and you are just like, in a studio, lights are flashing and they're like 'Three, two, one, set!' And you're like, 'Food, food, peppermint, water!'"

Once they were finished, the family was left hungry to find out when this episode would actually air. That's when another waiting game came: It was originally going to run in May before being pushed back to August and then September. Finally, they found out it would air Monday, Nov. 2.

"It's like waiting for Christmas, a kid just waiting," Angelini said. "Like, okay, we know this is going to happen. And what seemed like a long wait now seems like a while and it's already here."

"I hated that I wasn't on the show because I really wanted to be on the show," Minkins said. "But my emotions were I'm really happy for them. So I can't wait for people to see the episode."

The Angelini family won big on Monday's episode of Family Feud! The family won $20,000 in their debut, but they're not done yet. Their second taping airs today on the CW.