The UK men's basketball team kneeled before their game against Florida Saturday. 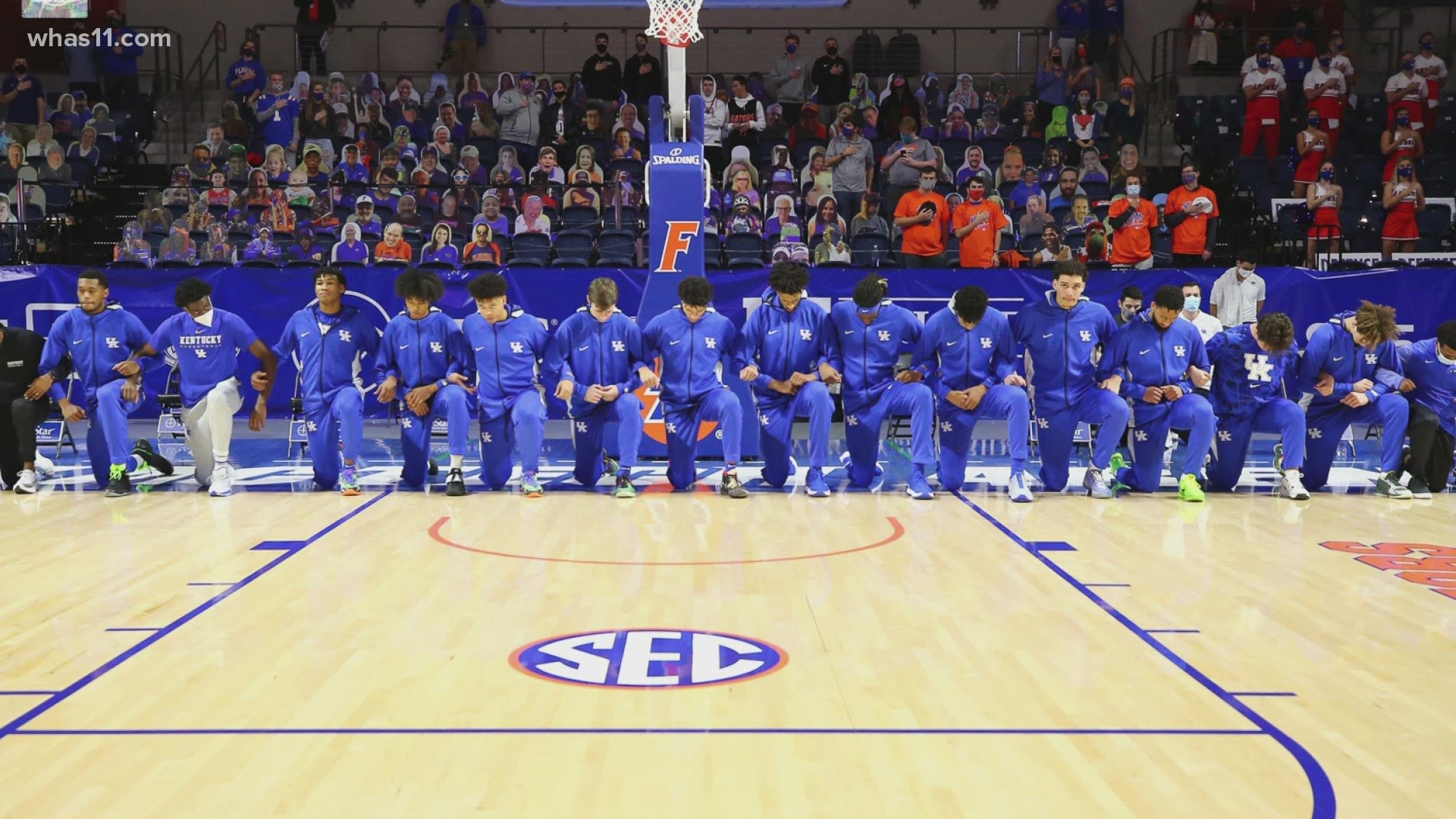 "We knew that some people would be mad, would be pissed, at what we did," Sarr said. "We just want people to understand that it is just a peaceful way to protest in a way we can."

After their 76-58 win over Florida, head coach John Calipari told reporters players wanted to kneel for the anthem to express their feelings about the state of the country. When he gathered team leaders to talk about it, they asked him to join.

The decision came with backlash, including a Laurel County sheriff holding a "burning party" for Kentucky apparel due to what he deemed "disrespect."

Sarr said kneeling sent a message of unity, showing that the team stood together to show that they wanted racial equality.

"I think what was really powerful was Coach doing it with us," Sarr said. "He did it for us, for the cause, and I think it's showing that we're all together in this and even though some people might disagree...we just want to be treated equal."

Here's Olivier Sarr when asked about some of the negative reaction the Kentucky basketball team received on social media after the took a knee in protest on Saturday at Florida. @WHAS11 pic.twitter.com/w0VdgrzgqX

Isaiah Jackson echoed Sarr's statements, saying the team wanted to kneel to continue to push for equality in the U.S. Jackson mentioned the insurrection at the U.S. Capitol Wednesday, pointing to seeing a noose during the rally.

"This is a great country," Jackson said. "It's just, we feel like minorities don't have equal rights as everybody else."

Jackson said the team will continue blocking out any noise as they move forward, aware that people might react to their decisions in different ways. Before the season began, Kentucky players participated in a video asking fans to join them in pushing for change in racial injustice.