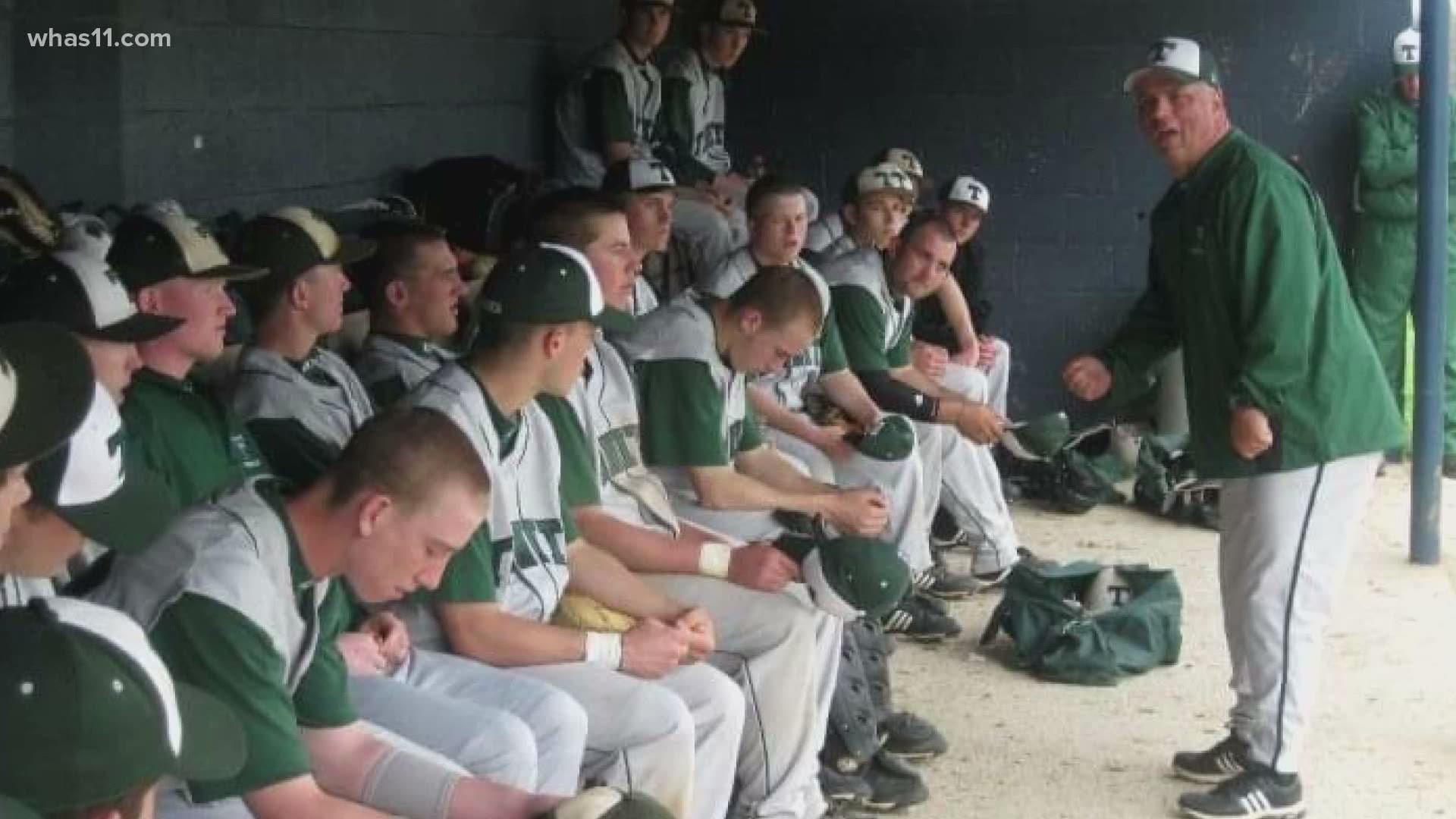 LOUISVILLE, Ky. — While baseball season is still months away, Trinity head coach Rick Arnold said he knows this year will be different.

"There's a huge hole on campus, and there will be for some time," Arnold said.

Trinity grad turned longtime baseball coach Steven Tompkins died of cancer earlier this September. A coach, teacher and mentor, Tompkins not only impacted the players on his team, but students and staff across campus.

"Steven Tompkins wreaks of Trinity," Arnold said. "I mean...he's what Trinity is all about."

It was Tompkins' leadership for years that inspired Arnold, his former player, to take over.

"The life lessons he taught me are some of the same lessons I'm teaching our kids every day at Trinity," Arnold said.

After 12 years with the Rocks, the Hall of Fame coach stepped down in 2014. A Trinity man through and through, Tompkins did not go far, staying at the school as a Spanish teacher and director of sports ministry.

"He was always there providing a big smile, loud voice, making sure everyone was having a good morning," football player Bradley West said.

"It was just nice having someone there for you, comfort you, show you around," West said.

And even though West chose to play football, Tompkins continued to be his cheerleader.

"There he is telling you about how he loved watching you on Friday and how great you played, and he would always just brighten up your day," West said.

"He had the kids' respect, he had his peers' respect," Beatty said. "You quit asking why, and you hope and know now that they're in a better place, he doesn't have to fight cancer anymore."

The football team will wear Tompkins' initials on their helmets Friday night in tribute. Arnold said the baseball team also has plans to honor Tompkins during their season.

"His legacy will live on at Trinity forever," Arnold said.