The state champion Shamrocks are one of a few teams getting back to work this week. 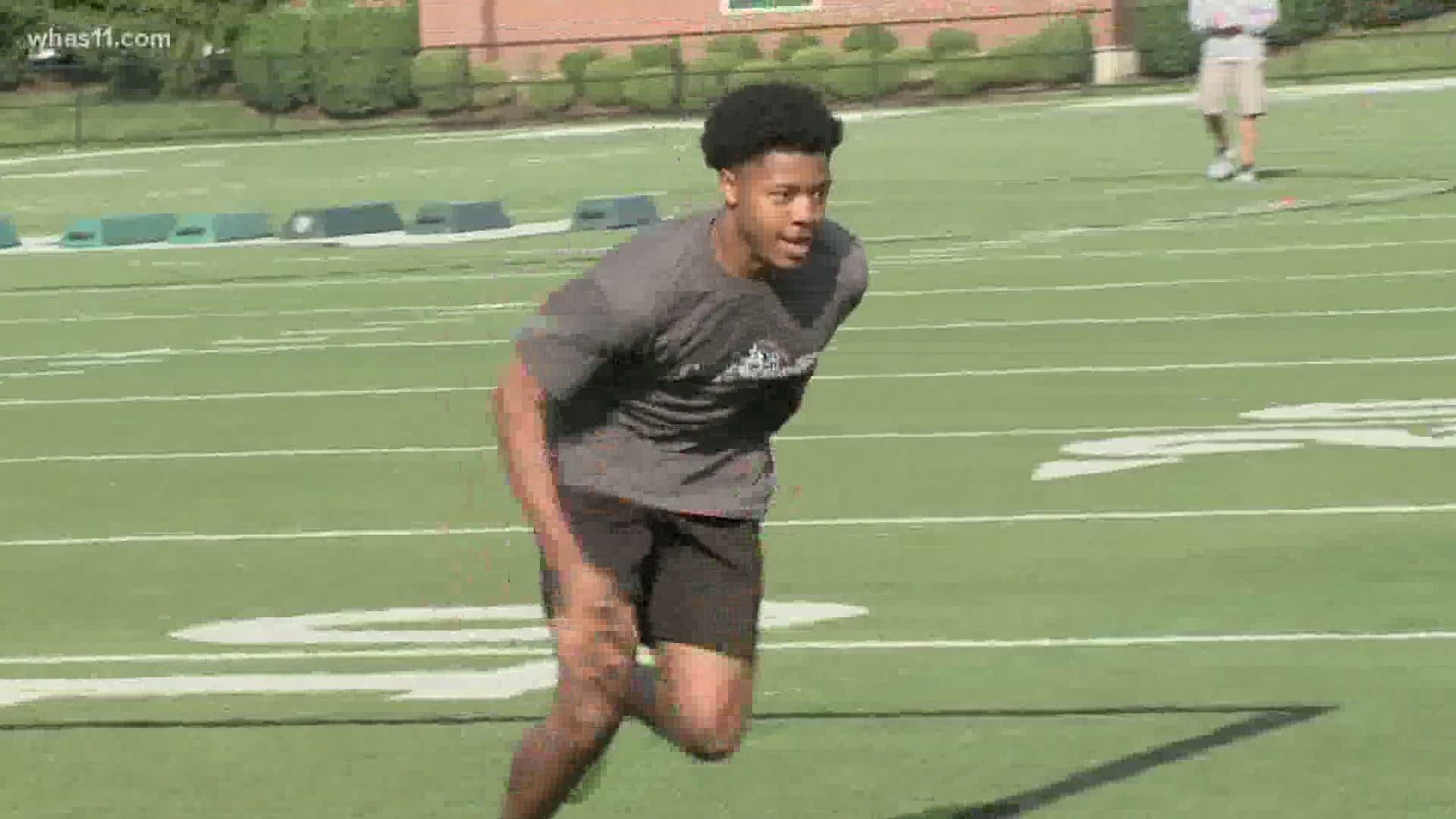 "It's a game of adjustments and this is an adjustment," Beatty said. "Adapt or you're not going to have it."

Trinity decided to start getting used to it following the KHSAA's decision to allow some limited practices on June 15. JCPS schools chose to not start until June 29.

The ones that are working now must follow regulations, as you could see with the Shamrocks. Their team is divided into pods of 5-10 players and they report at different times. These pods stay together to work out and have one coach assigned to them. That group doesn't change through the week.

When Trinity's players arrive, they get their temperature taken and a spray of hand sanitizer. Face coverings are not required during physical activity, but are allowed to be worn. All of the groups worked out separately at different stations around the field.

All of this is a major adjustment, which Beatty recognizes as his players try to work themselves into game shape.

"You want kids to do things on their own, but then again, it's a little different than the structure that we go through here," Beatty said. "You can't have any footballs, no contact. Basically, the only thing you can do is strength and conditioning."

Obviously for a sport like football, that's significant. But the veteran coach believes focusing on that for now can actually benefit his team down the line.

"If you're in better shape than your opponent, or if you're in physical shape, it's so much easier to teach the game because then you don't have to take that part of practice," Beatty said. "When you're out of shape and out of condition, the brain shuts down."

And however different this all might be, he knows it's necessary to avoid that type of result.

RELATED: 'I knew it was time to step up' | Former UofL star Reggie Bonnafon working to help change Louisville