The reigning Kentucky Oaks winner lost his dad to COVID-19. 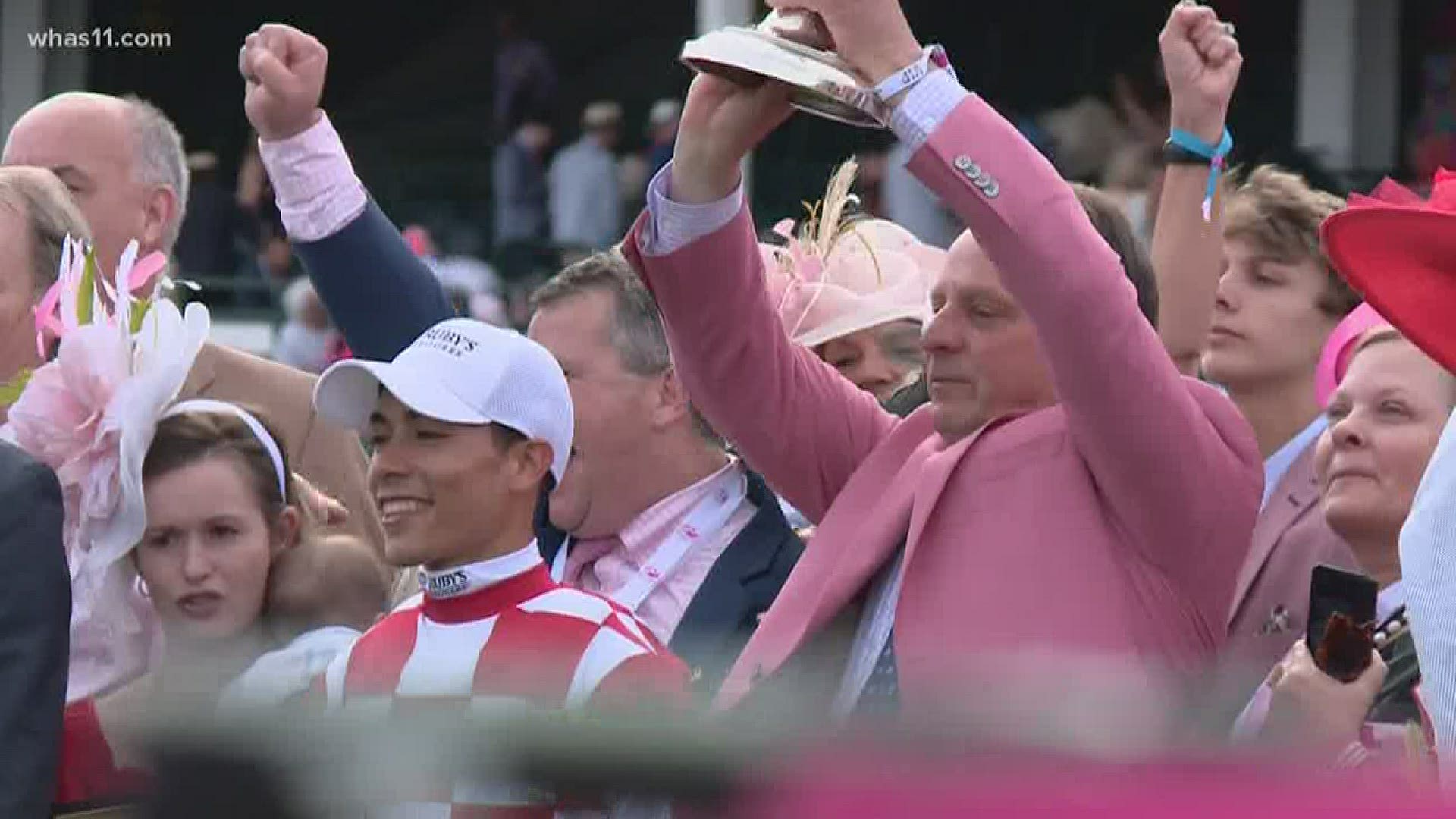 LOUISVILLE, Ky. — At first, Tom Amoss was like many out there learning about the coronavirus.

"I was in the camp of not taking it as seriously as I should have," Amoss said.

That's interesting considering the New Orleans native has a brother who is a doctor in the city fighting the disease on the front lines.

"It's a disease that's invisible," Amoss said. "And because of that, I think oftentimes, we don't see it until something happens that affects us directly."

Unfortunately, Amoss learned that lesson in a difficult way. He lost his father, Walter James Amoss Jr., to COVID-19 at the age of 95 on March 30.

"Having lost my dad to the disease was really difficult and was a real wake up call for me," Amoss said.

As he and others welcome a return to racing at Churchill Downs, there is no wake up call to be had. The track's eyes are wide open welcoming an estimated 175 horses on Monday, with 300 more expected over the next two days as races with no spectators kick off Saturday at 1 p.m. Track officials say 875 COVID-19 tests have been administered so far, before arrival and upon arrival, with more to come.

"There was a period of time where each of the people were temperatured again to make sure they were okay," Amoss said of arriving at Churchill Downs on Monday. "They had to show the valid test results, that they did not have the Coronavirus a couple of days ago. They were given armbands to come in Churchill Downs and then the van was led in."

The reigning Kentucky Oaks winner has taken note of the measures the track is taking, which include screenings upon entry and daily check-ins.

"I was really impressed," Amoss said. "For them to be back and racing, I think it sends a loud message to the horse racing community throughout the nation."

One that brings relief to trainers like Amoss. He estimates training these horses for owners costs about $4,000-$5,000 a month, which adds up for his business, especially without racing.

"Before Churchill announced an open, I didn't have a good avenue for a lot of horses to recoup their investment costs," Amoss said. "It allowed us to bring some horses back in. It allowed us to keep our staff intact. Without racetracks, without the ability to compete for money, everything else falls apart in horse racing."

Perhaps better than anyone else, he now understands the costly balance it's taking to keep it all in tact.

"Our economy needs to go again, when you don't have that much money to keep doing that," Amoss said. "But on the other hand, we're talking about human life. I have a tough time trying to figure out where the business needs to get going again, at the risk of higher mortality rates versus trying to take care of all of our people."

RELATED: A Louisville man would have attended his 74th consecutive Derby. His family sang ‘My Old Kentucky Home’ in his yard instead.