Both teams showed off their offensive firepower, but will need to improve on defense after a game where the teams combined for more than 900 yards. 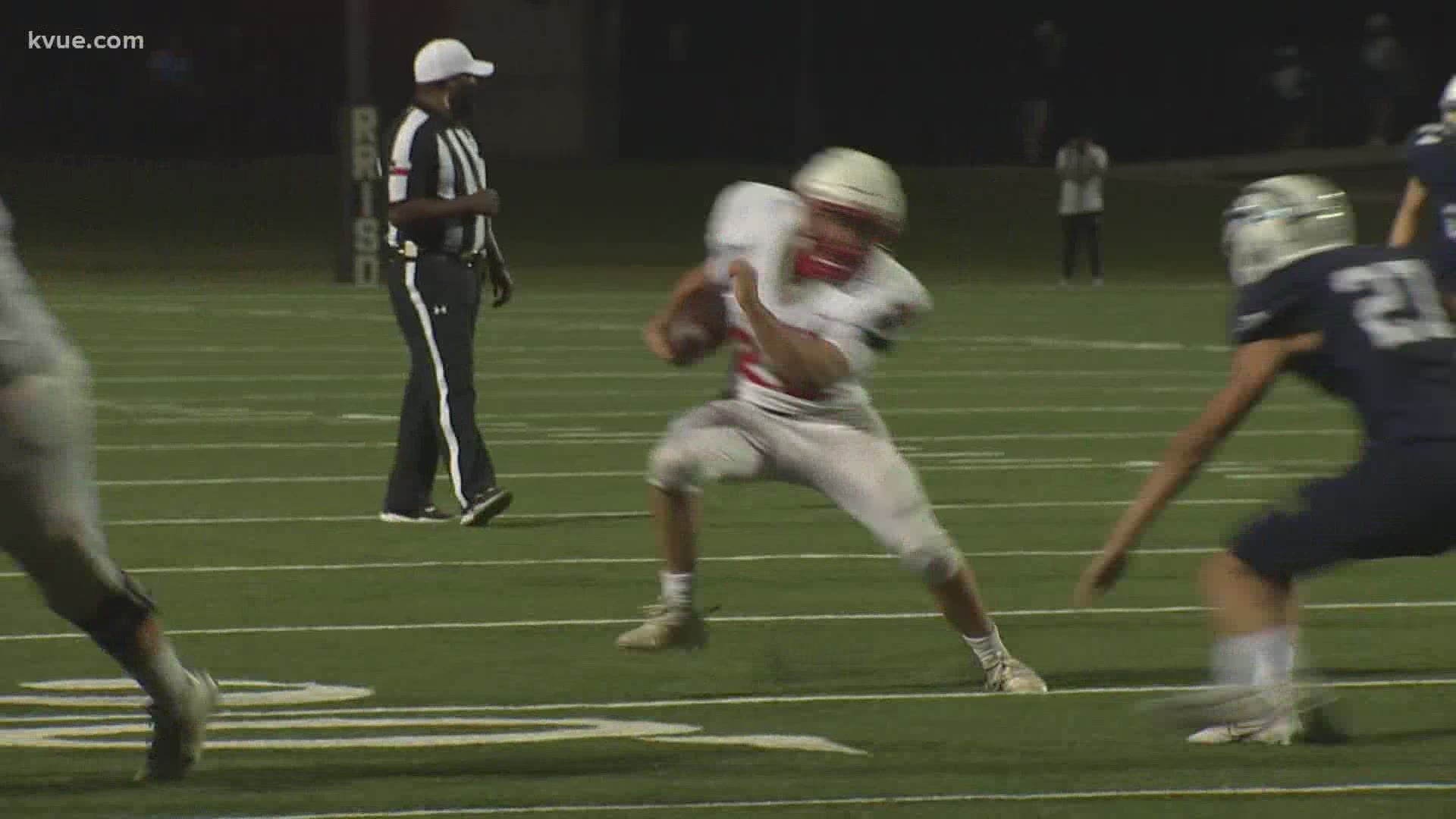 COLLEGE STATION, Texas — Editor's note: The video published above is a breakdown of Thursday Night scores in high school football.

Spiller helped get the Aggies get into position for Small’s decisive kick, giving Jimbo Fisher his first win over a top-five team since taking over as Texas A&M coach.

Kellen Mond threw a 51-yard pass to Caleb Chapman for a tying TD with about 4½ minutes to go.

The Gators were driving when Buddy Johnson forced a fumble by Malik Davis, and it was recovered by DeMarvin Leal to set up the game-ending field goal.

Florida quarterback Kyle Trask had 312 yards passing and four TDs, but the Gators were done in by the late mistake and another poor performance by their defense.

Chapman finished with nine receptions for 151 yards and two touchdowns as the Aggies bounced back from last week’s lopsided loss to No. 2 Alabama.

Leon O’Neal intercepted Trask on Florida’s first drive of the second half, but the play was wiped away because of a hands-to-the-face penalty on Michael Clemons. There was a scuffle after a play later in that drive that resulted in unsportsmanlike conduct penalties for both teams.

Kadarius Toney grabbed his second TD reception on the next play, a 37-yarder that made it 28-17 Gators with about 10 minutes left in the third.

Another unsportsmanlike conduct penalty on the Aggies, this one on Andre White, occurred on the ensuing kickoff and it looked as if Florida was in control of the game.

But then Spiller got going. Texas A&M grinded it out on its next drive, passing just once on a 10-play possession capped by a 3-yard TD from Spiller.

Florida led 28-24 early in the fourth when Spiller struck again, running 19 yards for a touchdown on a fourth-and-2 play. Spiller bounced off several defenders before waltzing into the end zone and then hitting the Florida fan section with a Gator chomp.

Florida’s Evan McPherson kicked a tying 53-yard field goal with about 9½ minutes remaining, setting the stage for a wild finish.

The game was tied when Ainias Smith fumbled after a reception and the ball was recovered by Marco Wilson. The Gators cashed in on the mistake when Trask threw a 1-yard touchdown pass to Dameon Pierce to make it 38-31 with about six minutes left.

Kyle Pitts gave the Gators an early lead when he leaped above two defenders for a 5-yard touchdown reception on the first drive. The Aggies tied it up when Mond connected with Chase Lane on an 11-yard TD on their first possession.

Trask’s second TD pass came on the next drive when he found Toney for an 11-yard grab.

Mond then orchestrated a 14-play, 94-yard drive capped by a touchdown pass to Caleb Chapman with 9½ minutes left in the first half.

Florida regained the lead on Nay’Quan Wright’s 1-yard scoring run with about four minutes left in the second.

The Aggie made a field goal at the end of the second quarter to cut the lead to 21-17 at halftime.

Both teams showed off their offensive firepower, but will need to improve on defense after a game where the teams combined for more than 900 yards.

The Aggies should move up a few spots after knocking off the Gators, and Florida will certainly drop after losing to a team that didn’t really put up a fight against Alabama last week.

Florida: Hosts No. 17 LSU next Saturday in the first of two straight home games.

WATCH: Vote on your top Texas high school football play – KVUE Big Save of the Week