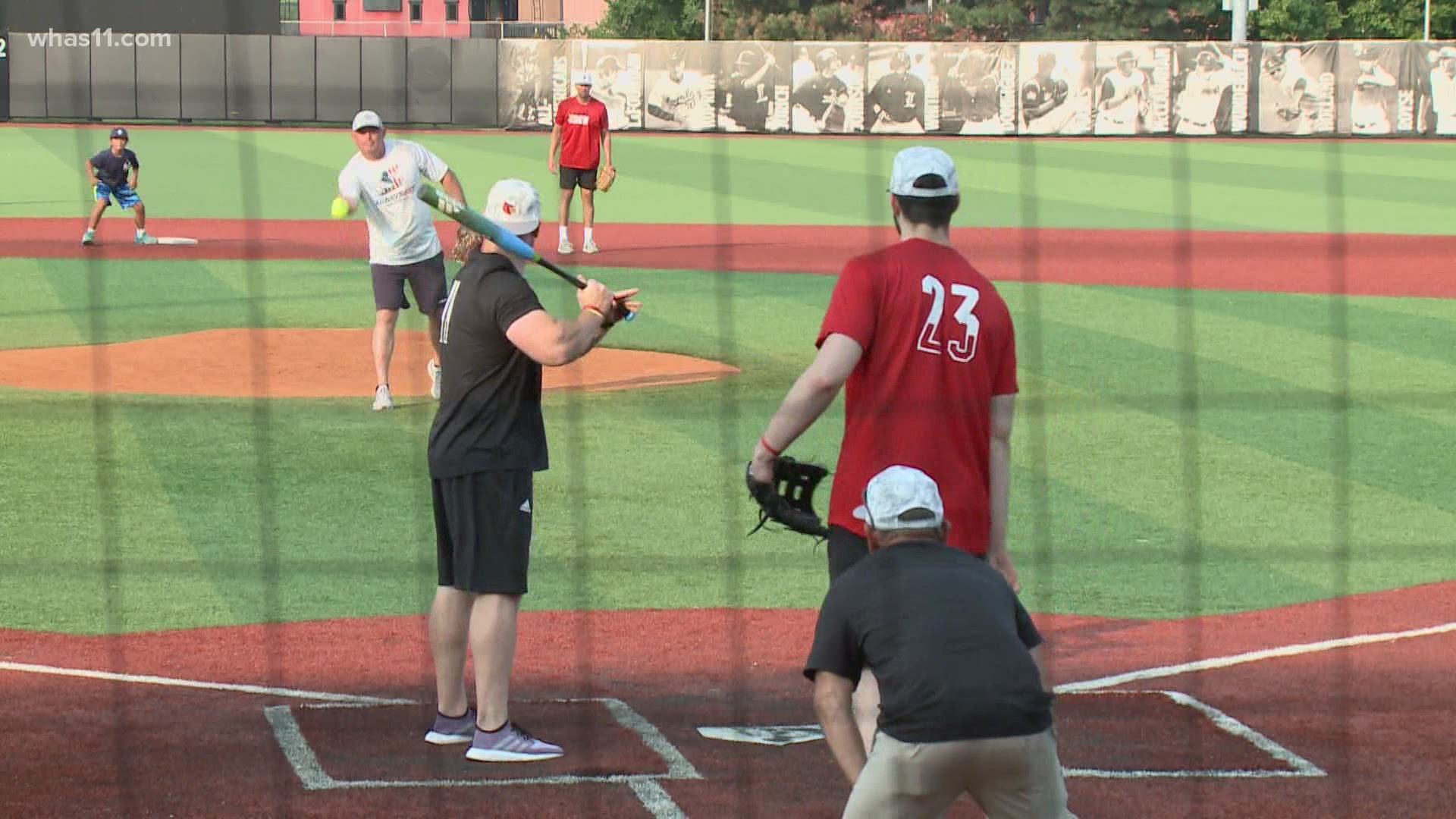 LOUISVILLE, Ky. — Louisville men's basketball head coach Chris Mack isn't too worried about anyone trying to recruit his hoops players to play on a baseball or softball diamond.

"There was a lot of smack talking for guys having no ability whatsoever in softball," Mack laughingly said.

But there was also a lot of fun to be had as the Cardinals split into two teams for a charity softball game at Jim Patterson Stadium on Monday night. Team West, captained by transfer guard Jarrod West, topped Team Williams, captained by veteran Card Malik Williams, 11-8. West's squad built A big lead, getting ahead by as much as seven runs before Team Williams fought back with a late rally that was aided by some Team West errors.

Team West won 11-8. Jarrod West (@jarrod_west) is quite proud to get the trophy. pic.twitter.com/1kapNU41nU

"I wouldn't say never in doubt," Mack, who played for Team West, said of the result with a smile. "For a while, it was never in doubt. But their bats came alive. Give those guys some credit and then us a lack of credit because no composure in the field."

Transfer guard El Ellis, who said he played baseball in middle school, was the game's MVP after going four for four with four RBI, which included a triple and home run. Ellis was the top pick in the team's draft for the game following a UofL softball combine and he was confident Team West would get the win.

El Ellis (@elellis3) showing why he's a leadoff hitter with a triple. A real future here on the diamond. pic.twitter.com/RYGjcuqEhV

"It wasn't surprising at all," Ellis said. "I saw the first practice and a lot of guys didn't know what they were doing. It was hilarious."

"When I saw the second practice about a week ago, I had no doubt we were going to win," Mack said.

Of course, the result of the game wasn't really the point. The event raised money for pediatric cancer research, specifically a charity called Jaxen's Journey. It is named after Louisville strength and conditioning coach Andy Kettler's late son Jaxen, who passed away from brain cancer in July of 2016 at the age of two. One of his kids in Isaiah threw out the game's first pitch.

It also provided another chance for a team filled with new faces to bond and spend more time together after working out this summer. The Cardinals hung around the field after the game to sign autographs for fans.

"They're on the basketball court for eight straight weeks," Mack said. "They're working their tails off. They're in the weight room. We just wanted to come out, not get anybody hurt and have a good time with the fans. It was fun."