Kevin Harris rushes for a career high 171 yards as the Gamecocks heat up in the second half. 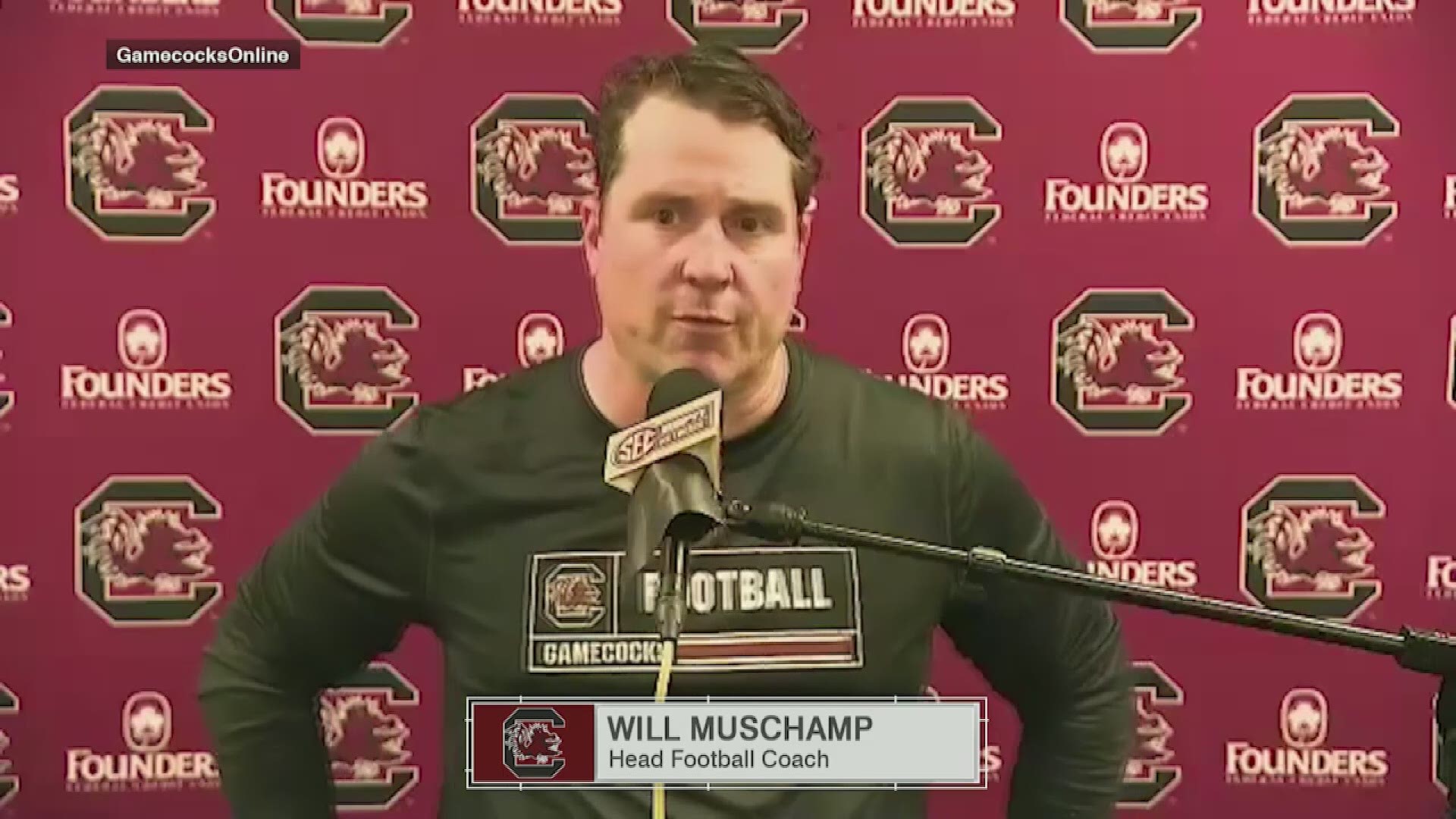 COLUMBIA, S.C. — Collin Hill ran for two touchdowns and Kevin Harris ran for two TDs and a career-high 171 yards as the South Carolina Gamecocks beat winless Vanderbilt 41-7 for their first victory of the season.

The Gamecocks won their 12th straight in this series by having more yards rushing with 290 than the Commodores had total yards. Harris had himself a day. He ran for a 25-yard TD early in the third, and he added a career-long 88-yarder early in the fourth.

South Carolina was comfortably ahead 27-7 early in the fourth quarter when Harris ripped off his 88-yard touchddown run. Dakereon Joyner closed out the scoring with a 47-yard run on a reverse.