The University of Alabama grad received a rare invite to preseason camp after an open tryout that impressed head coach Christy Holly. 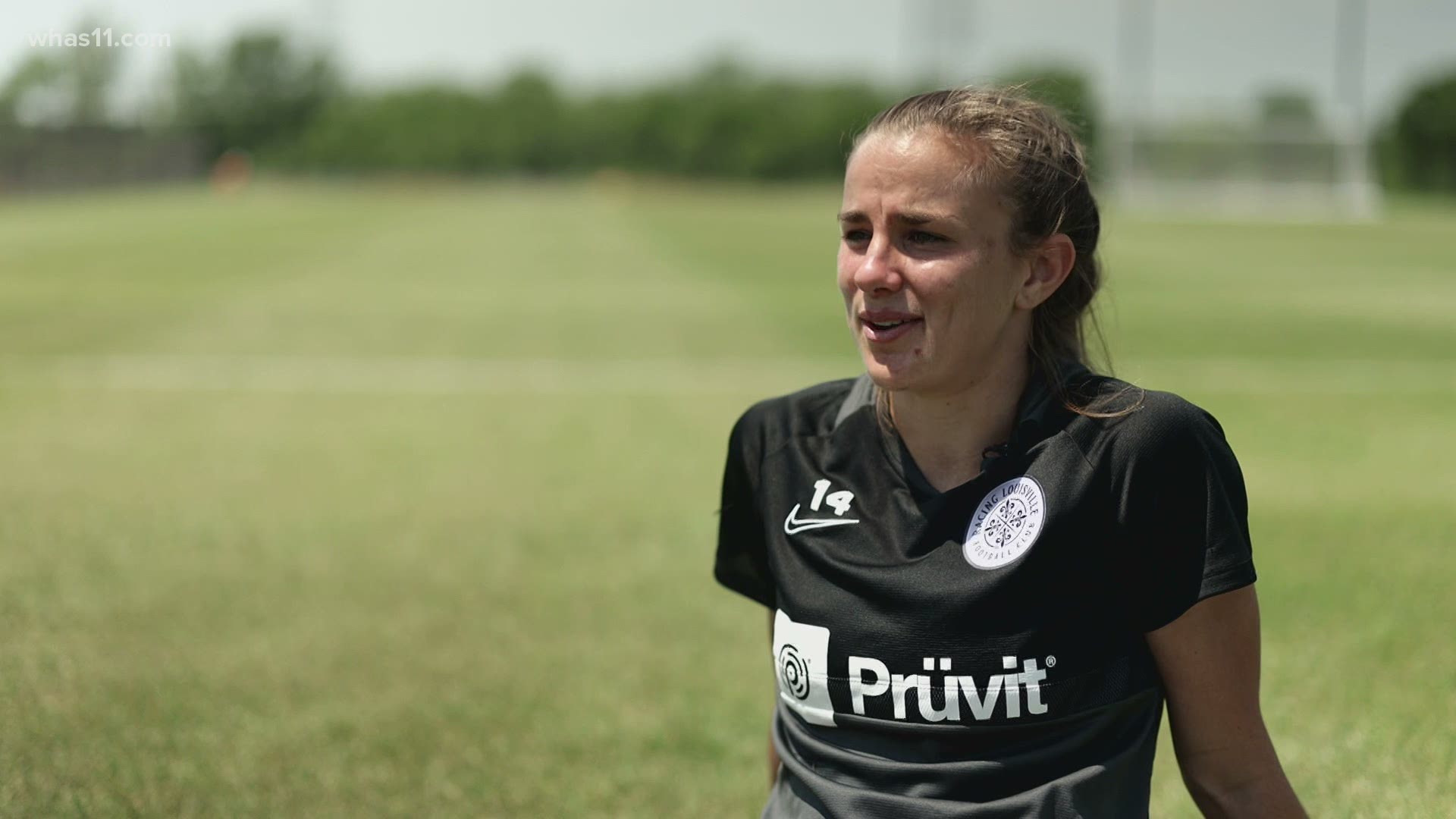 LOUISVILLE, Ky. — It’s another training day for Racing Louisville FC. Something Nealy Martin, a rookie defender from Birmingham, Ala. doesn't take for granted.

"Honestly I'm living out a dream right now," Martin said. "Six months ago I would never guessed I would be here."

"She embodies everything we want our club to be," Racing Louisville FC head coach, Christy Holly, added.

To appreciate where Nealy Martin is, you have to know how she got here.

"It's just been an incredible journey," Martin said.

She started playing soccer when she was just three-years-old. She was invited to play a neighborhood pickup game from a family friend.

"Ever since then I played," she said.

That love took her all the way up through high school and eventually to the University of Alabama where she appeared in 76 career games.

In college, she majored in chemical engineering all because she likes a challenge but soccer was always on her mind.

"I always knew I wanted to continue playing," Martin said.

This past fall Nealy found herself studying overseas in Wales when she heard about an open tryout with an upstart NWSL Club called Racing Louisville FC.

“You are really hopeful that there's something in there," Holly said of the open tryout. "You are realistic at the same time."

However, on a frigid January morning somebody did stand out to coach Holly.

"She had a small pair of shorts, socks up to her knees, and a short t-shirt," Holly recounts. "It was below 20 and it was freezing. There's Nealy getting stuck, putting tackles in, and I went over and asked her, 'who are you?'”

"Honestly I was just like wow the head coach this new team is approaching me," Martin recalled. "This is pretty crazy no what comes of it."

"She said, 'I may not be good enough but I'll do what you need me to do,'” Holly added.

Martin gained a rare invite to preseason camp, something she seized from the opening moments.

"I have nothing to lose," Martin said. "I came and been here ever since."

"Nealy is really a bedrock within the team which sounds crazy to think someone who is floating around in obscurity has become so important with every we are doing," Holly added.

Nealy Martin believes she's living out a dream. A dream she doesn't want to wake up from anytime soon.

"Doing all I can so no matter what happens I left my heart and soul on the pitch,” Martin said.